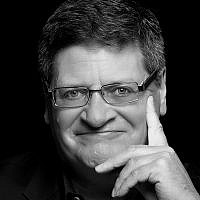 The Blogs
Mark Banschick
Apply for a Blog
Please note that the posts on The Blogs are contributed by third parties. The opinions, facts and any media content in them are presented solely by the authors, and neither The Times of Israel nor its partners assume any responsibility for them. Please contact us in case of abuse. In case of abuse,
Report this post.

It’s that time of year again!

Homes will be scrubbed clean for a divinely mandated spring cleaning. The remaining crumbs, found in nooks and crannies by a candle-lit scavenger hunt, will be burned in an act of symbolic spiritual cleansing. Matzah has replaced our challah.

The Passover Seder has also returned, along with four familiar characters we welcome back to the table each year; the eponymous Four Sons. For this year’s Seder, I challenge you to take a new, closer look at these characters, and the stories they have to tell. In the Four Sons, it is possible to see a never-ending, spiritually evolving drama for us to continuously re-relate to.

And just like our own lives, the tale of the Four Sons makes for great theater.

The Haggadah tells of the Four Sons in a particular order: first, there is the wise son–the chacham. Then there is the wicked/rebellious son– or, the rasha. He is followed by the simple son, known as the tam, and finally, there is the son who doesn’t know to ask.

Each of these Four Sons play a pivotal role in the Seder. As a psychiatrist, given what I know about family dynamics, several details have struck me about each of them throughout the years. Primarily, why the rasha, a contentious character, is at the table in the first place, and why he gets the honor of asking the second question, just after the wise chacham. Also, did you ever notice the fifth character in this drama? Yes, he is right there – in the thick of it.

Here’s one take on what this story says to our souls.

The rasha is translated in various ways, but the “wicked,” or “bad” son is fairly accurate. So, why should the rasha be second in line to the chacham–the wise son–to ask a question? After all, it’s not as if there’s a shortage of characters.

To answer this question, I return to theater, calling upon Sophocles, the ancient Greek playwright, for more insight.

The Riddle of the Sphinx:


Sophocles tells us about the riddle of the Sphinx: “What creature wakes up on four legs, walks through the afternoon on two, and settles down in the evening on three?” The answer is man himself. We are born crawling on “four legs.” We get up and walk through most of our lives on two, and towards the end, we hobble on a cane, making three.

The tale of the Four Sons mirrors Sophocles’ riddle, but this time teaching us not about man’s physical journey, but rather his spiritual one. They represent four interrelated phases of spiritual development that are intrinsic to our humanity. Just as our lives go from the simplicity of infancy to the wisdom of old age, so too does our spirituality grow and evolve.

A Psychology of Spiritual Development:

The son who doesn’t know to ask is the person who is ignorant of the Divine role in saving the Israelites from slavery. Asking a question about spiritual matters is beyond him. This person may be a child, or an individual who knows little of religious life–or even an adult who has given up on caring.

The simple son–the tam–is the committed, but simple Jew. He asks his father what needs to be done and his father tells him just as it is. The tam represents a youthful spirituality, which tends towards dependency upon authority. The tam may be a “good” boy, but is he free? Has he reached the heights of spiritual possibilities?

The chacham–the wise son–represents an advanced stage of spiritual development. In this stage, the tam develops into someone who has struggled with faith, who has perhaps rejected or confronted part or all of his or her relationship to God, and has returned to freely embrace the tradition. His heart is whole in acceptance of the Almighty, but in a more mature way than the tam.

The path from the tam to the chacham–from a simple to a more mature faith–passes through the rasha. The rasha is a form of differentiation. He is the son–the character in the play–who differentiates from the path of sincere faith by saying, “I’m not part of this–I don’t know if this is for me or not.” Differentiation is a well known process in human development, common in teens, but important for adults as well. It’s the edge that helps us to mature. In spiritual development, differentiation is a critical component to a faith embraced freely, not just by habit, necessity, or external pressures.

Each of the sons is a character that speaks to the dynamics of faith in all its vitality. The rasha, wicked or rebellious as he may be, is necessary in keeping us honest, just as the tam and the son who doesn’t know to ask, have their roles at some point in our lives–such as when you don’t care or you just go along, because that’s what you’re supposed to do.

Which Son Do You Identify With Today?

Step back and take a look at yourself. As you engage your own faith, there are times when you’re the simple son; then, you identify most with the wicked, followed by periods of time as the wise son, only to fall off into the son who forgets to ask, only to find spirituality all over again. This cyclical nature of spirituality is one of the fundamental reasons that we revisit these characters each year. Maybe last year you felt you were the wicked son. Has that changed this year?

Faith is fluid and all of us move on this spectrum. Now, there’s a fifth character in our drama…

It’s the father–the voice of the narrator as depicted by the Haggadah.

When dealing with the rasha, someone at the Seder table is instructed to speak in the voice of the father. And like theater, it’s carefully scripted. The father–now in our voice–scolds his wicked son, letting it be known that had he been in Egypt, he would not have been saved.

The father of the Haggadah is firm and sets limits. Yet, the rasha is not escorted out of the house, excused from the table, or written out of the text. He may need to be corrected but he also needs to be there.

The power of this story lies not only in what the father says, but in how he acts. By encouraging questions that may not always yield the “right” answers, and by having everyone return to his table year after year, the father holds the text, and indeed, the whole story, together.

The father reveals the value of the rasha by giving him a hierarchical honor. The chacham is most honored because he represents the ideal. But, the rasha comes second, followed by his less impressive brothers. He is important, perhaps respected, perhaps feared. After all, he carries power, and is sitting but one seat away from his chacham brother.

The narrator also makes it clear that the rasha’s path is ultimately dangerous. Differentiation serves its function in the dynamics of a religious soul; but left to himself, the rasha is lost. He needs his family and they need him. He hears of their faith, even as he doubts, and they hear of his doubts in the midst of their faith. It’s no accident that the rasha comes after the more mature chacham, both threatening the wise son’s mastery and fueling it at the same time.

The Dynamism of Faith:

Faith, after all, is not static. In Chassidic terms, this phenomenon of approaching Hashem, and then pulling away can be thought of as “ratzoh v’shov,” or “run and return.” For clinging to God and to Torah may be intensely desirable and worthwhile, but as the Gemara explains, it is also akin to clinging to a burning flame. To cling without pulling back sometimes, is to be consumed by it. And then of course, there are the times in our lives when we have to pull back. The ebb and flow of faith is natural.

Every Passover, the Jewish People are asked to freely accept the Torah. As free men and women, we must ask questions that keep our faith fresh and alive. Among its many gifts, this is a truth given to us by the Haggadah; one of the greatest pieces of theater that’s ever been written.

About the Author
Dr. Mark Banschick is a co-founder of Alums for Campus Fairness (ACF), a partner with StandWithUs. He completed his medical degree at Tel Aviv University, followed by specialty training at Georgetown and New York-Presbyterian Hospitals. He is the author of The Intelligent Divorce book series (yes, an oxymoron) and writes regularly for Psychology Today. Mark practices child, adolescent and adult psychiatry in Katonah, New York. Divorce Website: www.TheIntelligentDivorce.Com ACF Website: www.CampusFairness.org
Related Topics
Related Posts
Comments