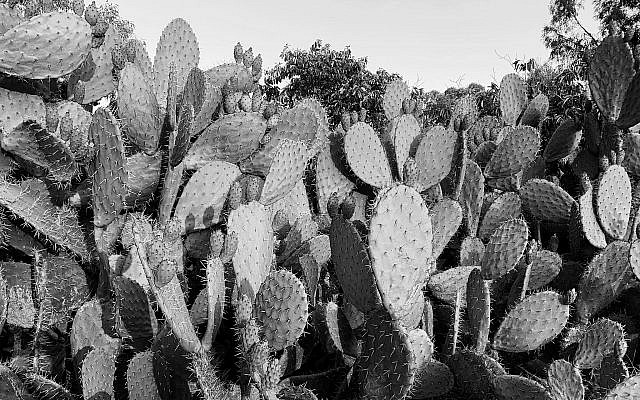 There’s a wall of cactus around our moshav – our little village in the center of Israel.

They wall is dusty green, and it yields fruit.

The fruit is called Sabrasim – Sabras.

The fruit is prickly on the outside, and sweet on the inside – you just have to know how to handle the fruit — my landlord showed me once. He wore thick gloves, even in the heat, and he paired it with a knife, and the red fruit yielded into the sweetest gold.

Maybe you know this, but “Sabra” is what we call native-born Israelis — and for that very reason: Abrasive, a little rude – but generous, and warm, and sweet to their very core.

The kind of people who will curse you and  your mother in traffic, but will pay for your coffee if you’re five shekels short.

I knew all that – about Sabras. I’ve known since I was a little girl and Israel was just a place on the map.

But I didn’t know what the wall of cactus around my village means – even after so many years living here, until my partner told me.

We were out walking in the fields past the olive trees. It was almost sunset, and a cool breeze blew over the wheat and through the citrus orchards to the north. I saw a fox out of the corner of my eye, and she ran through the brush, and underneath the wall cactus separating our village from the fields on the other side.

“What did this place used to be called?” he asked out of nowhere.

“Why do you think it had an Arab name?”

“Because it used to be an Arab village,” he said.

But this village was built by Holocaust survivors – people who came from the same shtetl as my great grandmother!  It has a little supermarket with a big Israeli flag, and a tiny falafel joint tucked behind a playground with the huge red slide. This place where you can hear the men chanting Shalom Alechem on Friday evening, where the school bus stations are painted with pink and white and purple flowers and the words “Shalom Yeladim! Hello Children” are written in Hebrew in bubble letters — where literally EVERYTHING here is written in Hebrew, even the cloud formations that stretch across the sky.

This village is full of sabras – both the prickly sweet cacti, and the prickly sweet native-born Israelis — the salt of the earth kind of people who work hard, and play harder, and raise their kids to thumb their noses at authority. The kind of people who drive to Tel Aviv to attend demonstrations against government corruption, where the teenagers make the prayers over the candles and the wine and the bread with their parents on Friday night and then go skateboarding with their friends and listen to Ariana Grande in the park until sunrise, where people walk their dogs and feed stray cats, and the little play outside until moonrise.

This village, with its streets lined with pretty trees and pretty flowers and pretty houses in their pretty rows, where the fields run wild like the sea in the middle, this village, tucked safe and sound behind a wall of cactus – where the fox makes her forays back and forth.

“How do you know it was an Arab village?” I asked, my hackles raised.

He pointed to the wall of cactus where the fox just ran. 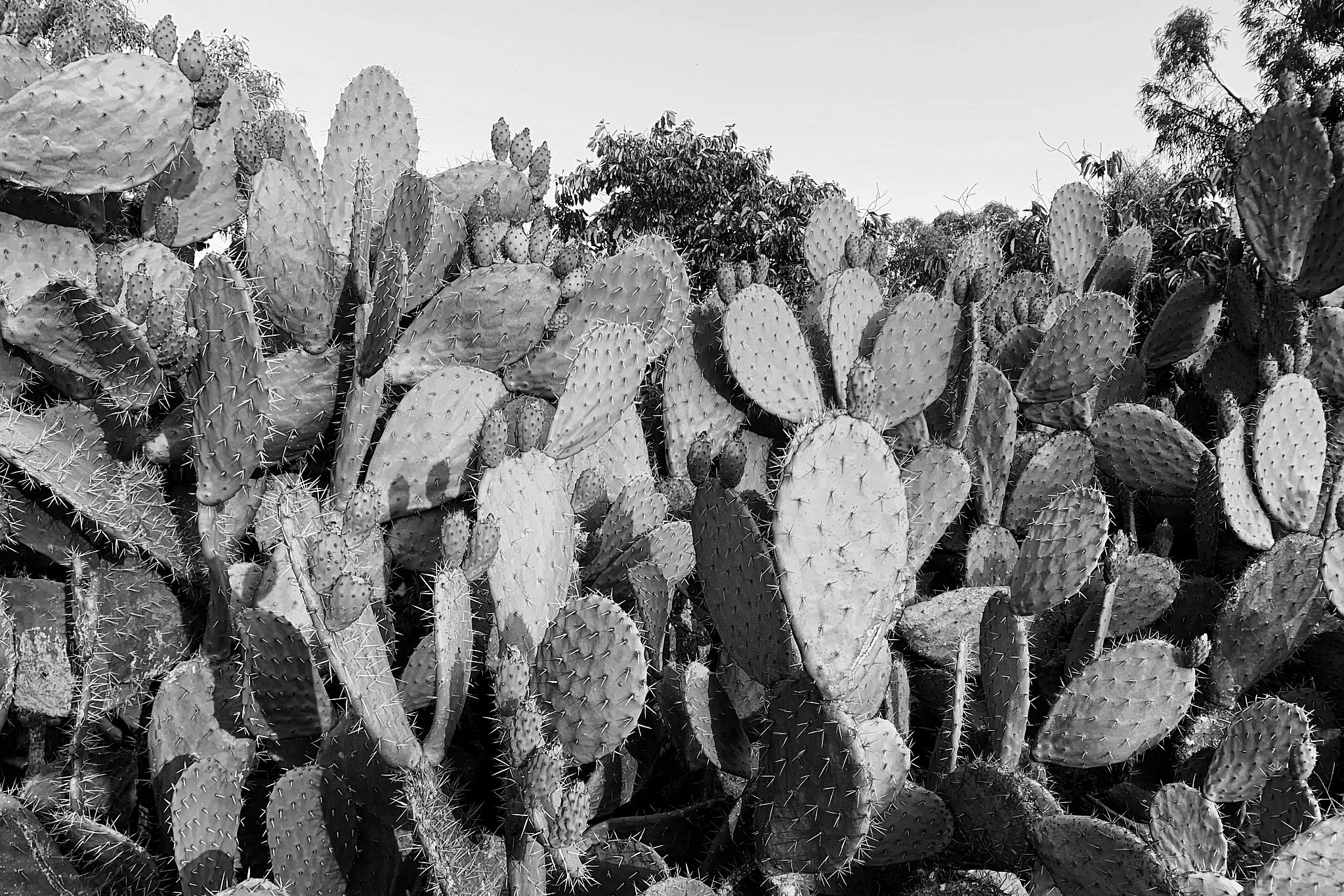 ‘That wall of cactus over there – that’s the perimeter of the village.”

“Habibti, my love,” he laughed. “This is how Arab villages protected themselves – the wall of cactus was a natural defense – like barbed wire, protecting the houses and fields inside. Whenever you see an old wall of cactus like this, you should wonder: What was here before.”

I thought about it, and it ate at me.

We live within the Green Line – in the boundaries of 1948 Israel. There’s a kibbutz to our North, and the main highway to the South, and the house we live in was built in 1949 – a year after the establishment of the State of Israel, and the year that the first men and women came to build the moshav. The house has good bones, but cracks in the walls… and sometimes mice.

This is a village of what’s left of the Left – where some folks still boycott settlement goods, where I’ve seen cars fly the black flag in protest against Prime Minister Netanyahu, where each member has a favorite Arab hummus place in Ramle, where they’ve sworn an oath of fealty.

We are a mixed family here – I’m Jewish, my partner is Armenian-Arab, and no one has given us a hard time. In fact, one lazy Saturday afternoon when he and his cousins were playing music out on the porch and singing in Armenian and Arabic, some of the neighbors came to listen.

And they meant it.

How could it be anything but what it is? An Israeli moshav?

Still, I felt defensive. I felt angry. And I also felt this nagging feeling in the bottom of my stomach.

So I began to ask questions.

And yes, once this village had another name – an Arabic name, and there were a few hundred families living here. There were olive trees – perhaps the same ones I pass on my evening walks around the fence.

There were stone houses with sloping roofs, and water wells.

There were citrus groves and banana trees.

Families gathered olives, and the women pitted them. They ate crumbly white cheese for breakfast on baked flat bread. They drew water from the wells. They planted more trees, and gathered more fruit.

This village had another name – one I struggle to pronounce. Maybe there was a mosque somewhere, and five times a day the call to prayer would sound across the fields, low and timeless – the same sound I hear when I keep the windows open at night and the wind is right, I can hear it carry over the fields all the way from Ramle. Or maybe I’m only dreaming, and it’s a memory that stayed inside the wall of cactus.

According to Benny Morris, in February 1948, gunmen (most likely from the Irgun)** attacked and murdered ten villagers who were out working in the groves that morning.** February means they were probably in the citrus groves, harvesting, when the trees are their heaviest with the sweetest oranges.

According to historian Dr. Shimon Gat, by the end of Operation Barak, the villagers had fled, and the buildings were destroyed,

All that’s left now is a a shell of an old building, out by the citrus orchards at the edge of the fields not far from the wall of cactus that circles our village.

I have trouble reconciling all of this – as I stand here in the fields, and the wind blows through the orchards, and I smell the citrus blossoms, and the fig tree next to me, dark and sweet.

I have trouble reconciling all of this – as I raise my children to love this land, and serve it as best they can.

I watch the fox run beneath the wall – back and forth, and through the fields.

She stops and stares at me, flicks her tail and runs back again.

But history is important.

I’m not going anywhere, but in order to stay and continue to grow strong roots in this beautiful earth, in order to continue to raise my kids to love this place truly and fully, I cannot ignore the complexities of living here – and the pain we caused when we were fighting for our lives.

I can celebrate that I can live here as a Jew, as one who has returned to the Land after such a long, dry exile. I can celebrate that I live in a country where our year follows the rhythms of the moon, and the glow of the holiday candles, where on Thursdays, pretty girls hand me tea lights for Shabbat, and before Passover, the supermarkets clear the shelves of bread and cookies, where before Sukkot, there’s always some guy shlepping palm fronds in the middle of Jaffa Road, where our windows glow with Hanukkiah menorahs lighting the darkest nights of December, where the fruits of each season are the ones we read about in our holy books, where we continue to yearn for Jerusalem and can wander her ancient alleyways.

And I can also mourn that my triumph and return caused another people’s suffering and exile.

And as I stand there in the fields, I think about the story of the foxes running through the ruins of the Temple after it was destroyed, and I can hear a slow, still voice inside me.

And I am living it.

And I have to know who stood here before me, out in the fields – who baked bread and gathered fruit – and what became of them, and what part my people played in hurting them, and find some way to acknowledge that and honor that in a real way so that we can move forward beyond this wall of cactus, to a space where the wind blows, and the earth yields with the sweetest possibility.

But for now, I will keep walking the perimeter of my village alongside the wall of cactus and with the fox in the fields who now waits for me each sunset. 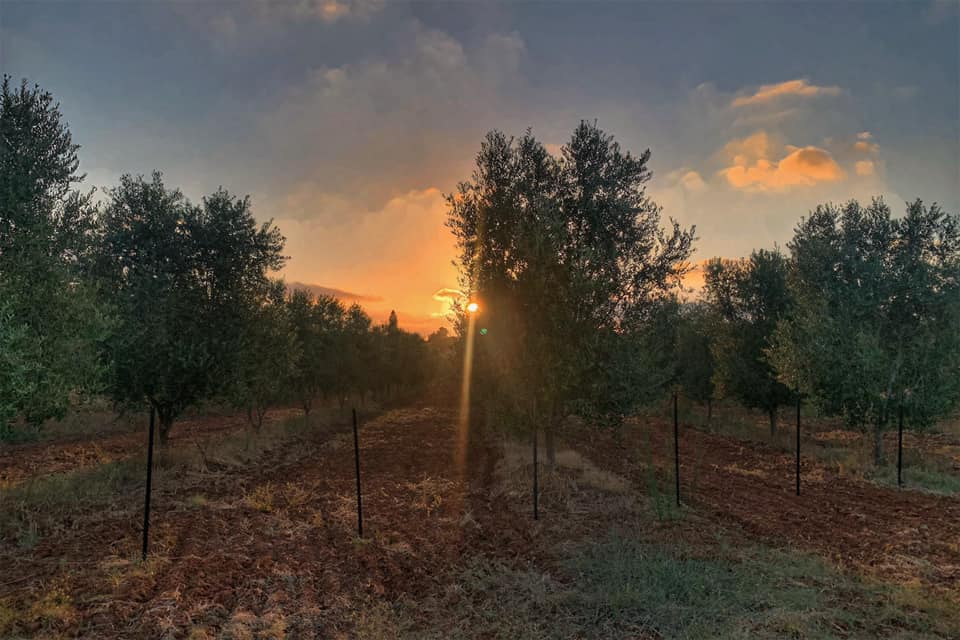