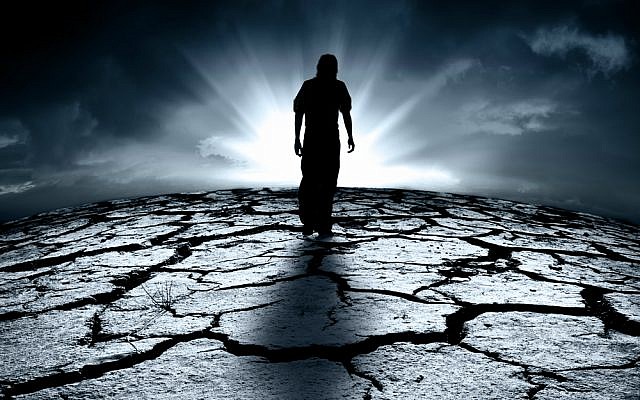 The scene that brings the book of Genesis to a close is intensely significant. Joseph’s brothers were terrified that, after the death of their father Jacob, Joseph would take revenge against them for selling him into slavery. Years before, he had told them that he forgave them: “Now, do not worry or feel guilty because you sold me. Look: God has sent me ahead of you to save lives” (Gen. 45:5). Evidently, though, they only half-believed him.

Their fear was based on the fact that, as is clear from the earlier story of Esau, sons were not allowed to take revenge against their brothers in the lifetime of their father. Esau had said, “The days of mourning for my father will be here soon. I will then be able to kill my brother Jacob” (Gen. 27:41). That is what the brothers now feared: that Joseph had not really forgiven them but was simply waiting until Jacob died.

That is why, after Jacob’s death, the brothers sent word to Joseph saying, “Your father left these instructions before he died: ‘This is what you are to say to Joseph: I ask you to forgive your brothers the sins and the wrongs they committed in treating you so badly.’ Now please forgive the sins of the servants of the God of your father” (Gen. 50:16).

So Joseph had to tell them again that he forgave them:

The episode is moving in itself, but it also resolves one of the central questions of the book of Genesis – sibling rivalry: Cain and Abel, Isaac and Ishmael, Jacob and Esau, Joseph and his brothers. Can brothers live peaceably with one another? This question is fundamental to the biblical drama of redemption, for if brothers cannot live together, how can nations? And if nations cannot live together, how can the human world survive?

Only now, with the reconciliation of Joseph and his brothers, can the story move on to the birth of Israel as a nation, passing from slavery to freedom.

These words of Joseph, though, tell us something more. I have previously argued that the entire drama Joseph put the brothers through when they came to buy food in Egypt – accusing them of being spies, and so on – was to test whether they had done teshuvah. Did they realize the wrong they had done in selling Joseph and had they really changed as a result? At the height of the drama, as soon as Judah said he would stay as a slave so that his brother Benjamin could go free, Joseph revealed his true identity to them and forgave them. Judah, who had proposed selling Joseph as a slave, had completely changed. He had done teshuvah. He was now a different person.

Yet something more is revealed in this last conversation between Joseph and his brothers. It concerns the most paradoxical of all rabbinic statements about teshuvah. It was said by one of the great baalei teshuvah, penitents, of the Talmud:  the third-century sage known as Reish Lakish. Originally a highway robber, he was persuaded by Rabbi Yochanan to give up his lawless ways and join him in the house of study. Reish Lakish repented and became Rabbi Yochanan’s disciple and colleague (and also his brother-in-law: he married Yochanan’s sister).

Perhaps speaking from his own experience, he said: Great is repentance, because through it, deliberate sins are accounted as though they were merits, as it is said, “When the wicked man turns from his wickedness and does what is lawful and right, he shall live thereby” (Ezekiel 33:19).[1] This statement is almost unintelligible. How can we change the past? How can deliberate sins be transformed into their opposite – into merits, good deeds?

The quotation from Ezekiel does not prove the point. If anything, it does the opposite. The prophet is speaking about a person who, having undergone teshuvah, now does good instead of evil – and it is because of his good deeds, not his earlier evil ones, that “he shall live.” The verse says that good deeds can overcome a previous history of wrongdoing. It does not say that they can turn bad into good, deliberate sins into merits.

Reish Lakish’s statement is intelligible only in the light of Joseph’s words to his brothers after the death of their father: “You intended to harm me but God intended it for good.” The brothers had committed a deliberate sin by selling Joseph into slavery. They had then done teshuvah. The result, says Joseph, is that – through Divine Providence (“God intended it”) – their action is now reckoned “for good.”

Not only is this the source of Reish Lakish’s principle; it also enables us to understand what it means. Any act we perform has multiple consequences, some good, some bad. When we intend evil, the bad consequences are attributed to us because they are what we sought to achieve. The good consequences are not: they are mere unintended outcomes.

Thus, in the case of Joseph, many positive things happened once he had been brought to Egypt. Eventually he became second-in-command of Egypt, overseer of its economy, and the man who saved the country from ruin during the years of famine. None of these consequences could be attributed to his brothers, even though they would not have happened had the brothers not done as they did. The reason is that the brothers neither foresaw nor intended this set of outcomes. They meant to sell Joseph as a slave, and that is what they did.

However, once the brothers had undergone complete repentance, their original intent was cancelled out. It was now possible to see the good, as well as the bad, consequences of their act – and to attribute the former to them. Paraphrasing Shakespeare’s Mark Antony, the good they did would live after them; the bad was interred with the past (Julius Caesar, act III, scene 2.). That is how, through repentance, deliberate sins can be accounted as merits, or as Joseph put it: “You intended to harm me, but God intended it for good.” This is a hugely significant idea, for it means that by a change of heart we can redeem the past.

This still sounds paradoxical. Surely time is asymmetrical. We can change the future but not the past. We can choose what is yet to be, but, in the words of the sages, “What has been, has been,”[2] and we cannot alter it.

The great truth about the role of time in our lives is that we live life forwards, but we understand it only looking back. Consider an autobiography. Reading the story of a life, we see how a deprived childhood led to the woman of iron ambition, or how the early loss of a parent drove the man who spent his later years pursuing fame in search of the love he had lost.

It might have been otherwise. The deprived childhood or the loss of a parent might have led to a life dominated by a sense of defeat and inadequacy. What we become depends on our choices, and we are often free to choose this way or that. But what we become shapes the story of our life, and only in hindsight, looking back, do we see the past in context, as part of a tale whose end we now know. If life is like a narrative, then later events change the significance of earlier ones. That is what the story of Joseph and his brothers is telling us, according to Reish Lakish.

Joseph was saying to his brothers: by your repentance, you have written a new chapter in the story of which you are a part. The harm you intended to do me ultimately led to good. So long as you stayed the people prepared to sell a brother into slavery, none of that good could be attributed to you, but now you have transformed yourself through teshuvah, you have transformed the story of your life as well. By your change of heart you have earned the right to be included in a narrative whose ultimate outcome was benign. We cannot change the past, but we can change the story people tell about the past. But that only happens when we ourselves change.

We can only change the world if we can change ourselves. That is why the book of Genesis ends with the story of Joseph and his brothers. It tells on an individual level the story that the book of Exodus tells on a national level. Israel is charged with the task of transforming the moral vision of mankind, but it can only do so if individual Jews, of whom the forerunners were Jacob’s children, are capable of changing themselves.

Teshuvah is the ultimate assertion of freedom. Time then becomes an arena of change in which the future redeems the past and a new concept is born – the idea we call hope.