On November 1, Israelis elected a coalition that will be led by Benyamin Netanyahu. Whether we agree with his policies or not, he will become Prime Minister of Israel.

In recent months, the Arab world has been in a state of flux. We observe that for the soccer world cup, direct flights have been set up between Qatar and Israel, that the Abraham Agreements are not only agreements on paper but that real exchanges exist between the signatory countries of this agreement.

The biggest change is coming from the Iranian people who have been rising against the Mullahs’ regime for several weeks. This uprising is spreading throughout the country and, if it leads to a change of power, its repercussions will be enormous on the Arab and Muslim world.

Mr. Netanyahu will have to take all these changes into consideration as soon as he is officially appointed Prime Minister, he will have to work on two major axes:

Expansion of the Abraham Agreements

The Abraham Agreements signed in 2020 have led to numerous economic and technological exchanges between the signatory countries.

Mr. Netanyahu will have to work to get other countries to join these agreements.  Sudan should be his first target.

Relations between Israel and Sudan have undergone significant changes since the end of the Second World War. Enemies in the early years following Sudan’s independence, the two states drew closer in the 1970s under the mandate of Gaafar Nimeiry, before resuming hostilities in the late 1980s when Omar al-Bashir took power.

General Mohamed Hamdam Dogolo, a key figure in this new alliance, is the Vice President of the Sudanese Sovereign Council.

In recent years, we are witnessing a détente between the two countries that goes up to a possible normalization of their relations from 2020 thanks in part to the influence of this general

In February 2020, Israeli Prime Minister Benyamin Netanyahu met with President Abdel Fattah Abdelrahmane al-Burhan in the Ugandan city of Entebbe to discuss normalization of relations between the two states.

In October 2020, Sudanese Sovereign Council Vice President Mohamed Hamdan Dogolo declared that Israel is a developed country that Sudan needs to get closer to for its own development. The following week, an Israeli delegation visited Khartoum to discuss normalization between the two states.

On October 23, 2020, Israel and Sudan signed an agreement in which the two countries agreed to normalize relations.

On April 6, 2021, the Sudanese Cabinet approved a bill abolishing the 1958 Boycott of Israel Law.

Mr. Mohamed Hamdam Dogolo hopes for the near future that Israel-Sudan relations will go beyond military exchanges and that cooperation in agriculture, education, health, technology and culture will begin.

If there is one man who can help normalize the relationship between the two countries, his name is Abdel Rahim Musa.

Abdel Rahim Mussa is the strongman of South Sudan which has diplomatic relations with Israel, but he is also General Mohamed Hamdam Dogolo’ brother.

General Abdel Rahim believes that the keý to Sudan’s future lies in a strong social fabric rooted in tribal reconciliation. He has giveń prioritý to structuring and implementing programs to restore peace and stabilitý and unite historically conflicting tribes. He also supports many nonprofit organizations in the country, particularly those focused on education, IDPs, and human empowerment.

General Abdel Rahim is not only a military man. He is a successful entrepreneur. In the late 1990s, he founded́ a company that he later grew into one of Sudan’s leading conglomerates, with interests ranging from livestock to oil and gas to mining. 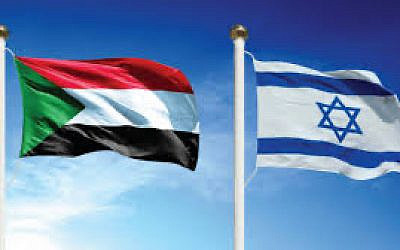