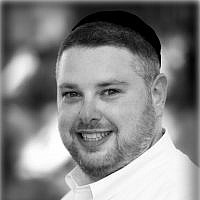 The Blogs
Nachum Kligman
Apply for a Blog
Advertisement
Please note that the posts on The Blogs are contributed by third parties. The opinions, facts and any media content in them are presented solely by the authors, and neither The Times of Israel nor its partners assume any responsibility for them. Please contact us in case of abuse. In case of abuse,
Report this post.

Warning: This Article is NOT going to be politically correct #dealwithit

It frustrates me to no end when I see a headline with Kim Bi-Moon declaring 172 Palestinians Deaths VS 0 deaths for Israeli’s. As if this is an unfair boxing match with Mike Tyson in his prime fighting against a defenseless 5th grader. The lack of deaths of Jews is not from a lack of trying on Hamas’s part. Believe me, with every rocket they launch they are looking to spill as much Jewish blood as they can.

And while the Iron Dome is an important part of our defense, we need to remember that only 20% of rockets coming from Gaza are shot at with the Iron Dome and although there is a 90% success rate, that still leaves 10% of rockets getting through, as well as shrapnel from the blown up rockets. In fact, nearly 1,000 rockets have been fired from Gaza at Israel in the current war, with some 200 intercepted by the Iron Dome missile defense system over population centers.

More than 9000 rockets have been shot at Israel from Gaza since the disengagement in 2005. Many years before we had the Iron Dome which just came into place in March 2011. Yet I never heard of even one casualty from a direct hit of any of those rockets.

I was in Israel for the Gulf War in 1990-1991 when 39 Scud Missiles landed in Israel knocking down buildings, landing in populated areas. Do you know how many people died from the direct hit of these scuds? Exactly 1. And the one that died was a farmer that was bringing in and selling swine in our holy land. Lest you think that scud missiles don’t do much damage just take a look at what happened on February 25th 1991 when one of those same scud missiles hit a US Army barracks in Saudi Arabia killing 27 American soldiers and injuring 98 more. Yet when 39 of these scuds hit Israel thousands of stories of miracles were told and shared. Apartment buildings were destroyed yet one by one Jews came out of those buildings, scratched and shocked for sure, but still alive.

I know naysayers will point at the injured and about the deaths and terrorist murders that have taken place. Yes, for whatever reason G-D at times lets us fall victim. We can never begin to understand why, but that does not mean there was no purpose. There is no such thing as “random” in our world. But if you look proportionally about the amount of attacks against us that have not succeeded against those that have you will quickly recognize the hand of G-D. For every act of terror that gets through, there are thousands that we have been saved from. They just don’t make the 8 o’clock news.

But why are we so afraid to say it like it is? Why can’t we just declare the truth and say without embarrassment or shame that we are G-D’s chosen people and it is G-D who watches over us and decides exactly where every rocket will land and how much damage it will do. In our Rosh Hashanah prayers don’t we declare that that is the day when it is decided “Who Shall Live & Who Shall Die”?  This is not just lip service.

It’s beautiful to see the videos of our soldiers dancing and singing on their way into battle. It encourages us to do our part and pray for their safety and success. Why can’t our leaders do the same? The more we turn to G-D and recognize “Hashem Hu Elokim”, the more success we will have in battle. But we can’t say that on CNN can we? We don’t want to make our continued battles with the “Palestinians” be about religion? No, that would cause too much of a stir.

Our Muslim enemies understand it, that’s why they say one thing to the media and another thing from their mosques. Believe me Bibi understands it, most of Israel does. It’s a wonderment that is truly hard to explain that the Israeli left and the Jewish Liberals and J Street don’t get it. We know that there will never be Peace between us and the “Palestinians” because we know that it is not about occupation, but about our very right to exist. At least Hamas says it like it is, wish Abbas would do the same when he is talking to the Western world.

There is a connection between anti-Semitism and naivety from the West and Europe and between the Muslim world and their wanting to wipe out the Jews from Israel. It will probably take Mashiach’s coming for the world to finally understand it. It is one of the basic tenants of our Jewish faith that Mashiach will come and lead us against our enemies for the final time and succeed once and for all. I’m not embarrassed to say that either, are you?

Yes, we need to do our “Hishtadlut” (our effort) as we don’t rely and are not allowed to rely on miracles. For our soldiers it’s going out to the front lines and for deploying the Iron Dome and for the rest of us it’s our merits from our prayers, tears, acts of righteousness and Torah learning.

When we found out the devastating news that our boys Naftali, Gilad, and Eyal were murdered for being Jews people asked “What happened to our prayers? Where did all the perakim of Tehillim (Psalms) go? Whenever I hear of another rocket shot at us I envision one of those prayers, one of those tears, wiping them away, pushing them to land in nonresidential areas or allowing them to be blown out of the sky with the Iron Dome. And if they do land in populated areas to make sure no one was at home, or that the family was in the safe rooms. We don’t rely on them, but we are witnessing thousands of miracles a day. G-D has not forsaken us and He never will.

And yet the world (besides Canada & US Congress) condemns us. Demanding us not to act disportionately. Asking for a ceasefire! Is it our fault we are the Chosen People? Is it our fault more Jews aren’t dying then really should be based on the amount of attacks against us? We are not acting disportionately, it just seems that way since we have G-D on our side.

This is our land not because of the UN in 1948 declared it to be, this is our land because G-D gave it to us! It is an inconvenient truth for the world to understand, yet that does not change it from being the truth!

Condemn all you want, but Am Yisroel Chai!

About the Author
Nachum Kligman is a serial entrepreneur. He is the founder of Mianzi Fashion, an apparel line for those with special needs and disabilities. He is also the the founder of ViewBix, and a co-founder of KidsOutlet.com. He is a business consultant and loves to help StartUps through his site Ideago.com.
Related Topics
Related Posts
Comments