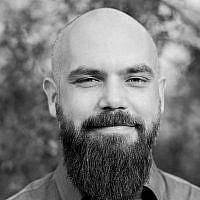 Well, as Esther Bejarano stated famously: “Whoever wants to fight Nazis, cannot rely on the state.” These words cannot be stressed enough for they show a alarming weak spot of German security infrastructure: police and prosecution do not have any professional distance to each other and the intelligence does not reveal yet, how deep it is involved in right-wing extremist structures and actions. Also, the hilariously embarrassing Anti-Covid-protests with all its violence and death threats, its obvious antisemitism and racism revealed a shameful ideologically driven police work by tolerating these marches, while left-wing counterprotests were criminalized and treated like terrorism.

With a conspicious regularity the police, especially from the state of Saxony, ignores right-wing dangers and obvious threats, tolerates violations of law and, on the other hand, criminalizes people with an alleged antifascist commitment, raids flats and houses and constructs cases to keep a right-wing police agenda running. As the German magazine “Der Spiegel” wrote in 2020, more than 400 cases of racism, antisemitism and fascist activities inside the federal police agencies are known. Further, several cases of police officers participating in antisemitic Anti-Covid rallies came to public. Ironically, there is no independent institution to prosecute such cases. In other words, police officers are rather investigate themselves and thus, cannot be neutral nor committed to moral principles. Despite the violence and death threats, the interior minister of Saxony, Ronald Woeller (who was called a “charlatan” by his Ph.D. supervisor) refuses to see any danger coming from the far-right and thus, gives up this “German responsibility” for the sake of a rising right-wing extremism and ideology.

So, with an agenda that focuses on antifascist groups and individuals, with a police that is way too deep in right-wing networks and intelligence, that is allegedly still deeper involved, what is this “German responsibility” still worth? It depends on independent organizations and individuals, on  committed groups and initiatives, that are endangered of being criminalized. With all things happen these days and in this matter, Bejarano was more than right.

About the Author
Tobias Griessbach has a M.A. in Anthropology and is a freelance journalist.
Comments