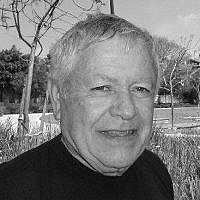 The Blogs
Aharon Liebersohn
Apply for a Blog
Please note that the posts on The Blogs are contributed by third parties. The opinions, facts and any media content in them are presented solely by the authors, and neither The Times of Israel nor its partners assume any responsibility for them. Please contact us in case of abuse. In case of abuse,
Report this post.

How can we neutralize or bypass the dispute, from the urgent need for vigorous action to stop climate change?

The current scientific consensus on climate change is that recent warming indicates a fairly stable long-term trend [Temperatures on earth have increased approximately 1.4 F since the early 20th century. Over this time period atmospheric greenhouse gases; (CO2) and methane (CH4) have notably increased]. It is believed by the mainstream scientific organizations worldwide, that most of the observed warming is likely to have been due to the human – caused an increase in greenhouse gas concentrations and that serious damage may result at some future date if steps are not taken to halt the trend. Scientists’ studies are suggesting that global warming could cause loss of sea ice, sea levels to rise higher than the height of a three – story building, stronger storms, and more droughts.

However, there are also a small but vocal number of scientists in climate – related fields, who disagree with the consensus view. The con side argues that human – generated greenhouse gas emissions are too small to substantially change the earth’s climate and that the planet is capable of absorbing those increases. They contend that warming over the 20th century resulted primarily from natural processes such as fluctuations in the sun’s heat and oceans currents. They say the theory of human – caused global climate change is based on questionable measurements, faulty climate models, and misleading science.

Scientists have resolved these questions decisively in favor of the view that the current warming trend exists and is ongoing, that human activity is the cause, and that it is without precedent in at least 2000 years.

Global warming remains an issue of widespread political and popular debate, often split along party political lines, especially in the United States. Many of the issues that are settled within the scientific community, such as human responsibility for global warming, the best policy responses to the science, their cost – effectiveness and their urgency, remain the subject of political or economically motivated attempts to downplay, dismiss or deny them – on ideological phenomenon categorized by academics as climate change denial.

Even the sources of funding for those involved with climate science – both supporting and opposing mainstream scientific positions – have been questioned by both sides.

We can avoid the controversy and concentrate on a policy everyone can agree upon. If such policy adopted and vigorously pursued by governments, organizations, and individuals it could make a substantial impact on curbing climate change and curing our planet. Unlike Paris climate accord, which believed to have hard implications and be a burden on the economy, consumers, and industry.

The “Zero – Oriented Concept Policy Approach” suggested here, may easily become a consensus. It is not with an economic burden it has economic and social benefits. Some industrial organization is already familiar with it.

About the Author
Dr. Liebersohn lives in Israel. He is a PhD in chemical sciences with many years of experience in management, and he's a writer. "World Wide Agora," "CotCodet, The Little Start-Up Hen," "The Mighty Whys" and the "Parrot who refused to parrot"...
Comments