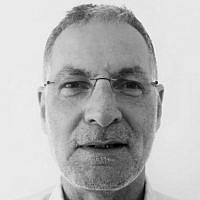 Operation Protective Shield is exposing a new element that may prove to be a new source of strength for the IDF. A week ago Givati Commander Ofer Vinter encouraged his soldiers with unprecedented pre-battle words of encouragement: “History chose us to be the spearhead in the fight against the ‘Gazan’ terrorist enemy that defies, blasphemes, and curses the God of the armies of Israel” – words that echo David’s words to Goliath. Vinter also prioritized “no pulling back without accomplishment of the mission accomplished” before “we will do whatever we can to bring our boys back safely.” He then added a brief prayer: “I lift up my eyes to heaven and call with you, ‘Hear, O Israel: The Lord our God, the Lord is one!” The letter ended with a wish that the verse “The Lord, your God, who goes with you to fight for you against your enemies and gives you victory” will be fulfilled.

The content of the letter, as well as the courage it took to take this position, is yet another clear indication that the familiar secular discourse regarding Israel’s security is not enough to boost motivation to win the battle. Some are horrified by this bold announcement that frames the Israeli Arab conflict in the metaphysical realm, still being captive to the idea that secular Zionism is the only adhesive that can unite Israelis. This was a strange idea to begin with, because the Zionist movement itself would have never come into being without the most profound hopes rooted in the Bible. Jews returned to the land of Israel because they believed it was theirs; otherwise they would have never come. This means that secular as the Zionist movement is, it never lost sight of the fact that the Jews are the descendants of Abraham, Isaac, and Jacob and thus entitled to the land God has given to their fathers.

For many decades, however, Israelis have been led to believe that the Israeli Arab conflict is no more than a national struggle over territory and that it will be better for all if God sits in the back seat and Israel’s existence is justified on the basis of distant history and modern values. The last decade however show that a growing number of Israelis have begun coming to the conclusion that Israel and God are in fact inseparable and that the existence of the former depends upon that of the latter.

Israel’s existential crisis is naturally most potent amongst the soldiers preparing for battle. They are the ones who are forced to decide whether or not security and secular values of democracy, freedom of speech and human rights are enough to fill them with the courage and determination to risk their lives for the sake of Israel. As the second Lebanon War demonstrated, Israeli soldiers need a deeper motivation to fight for Israel than democracy and even security. If these are the only values Israel is fighting for, they reason, why not enjoy them in other countries without the need to go to war every couple of years?

This relatively new discovery can explain why so many soldiers were greatly comforted by the sight of Rabbi David Grossman distributing half-shekel coins and tiny books of Psalms to the soldiers entering Lebanon. It also explains why during Operation Cast Lead, Golani soldiers wore fringes and why the Givati commander is calming his soldiers by reminding them that the God of their fathers is their God too.

No doubt many Israelis are still baffled by this new invitation for God to take the front seat. Many of us still believe that fighting in the name of an old book is the spark that will set fire to the region. These fears are fed by a failure to see that the Israeli-Arab conflict is a reenactment of ancient wars. Indeed, it is a wonder why we Israelis find it so difficult to understand that rockets are fired towards Ashkelon and Ashdod because the indigenous people of these cities want them back and why it is so difficult for us to understand that the Philistines hated Joshua just as the Palestinians hated Ben Gurion. Then and now, wars between the indigenous people of the land and the invading armies of Israel have nothing to do with Israel’s right to exist as a Jewish democracy. The existence of the Jewish state in Palestine and its right to exist can only be justified by divine mandate. Ofer Vinter and many others like him begin to realize that Israel’s uniqueness is something worth fighting for.