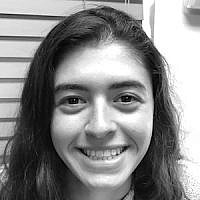 The Blogs
Vanessa Gonik
Apply for a Blog
Please note that the posts on The Blogs are contributed by third parties. The opinions, facts and any media content in them are presented solely by the authors, and neither The Times of Israel nor its partners assume any responsibility for them. Please contact us in case of abuse. In case of abuse,
Report this post.

The 2015 Iran Nuclear Deal sparked tons of controversy about what the American position should truly be in the situation. The framework of the agreement is as follows: Iran can redesign, convert, and reduce its nuclear facilities and accept an additional protocol to lift economic sanctions that were previously frozen assets. Some people believe the deal was a great decision, while others hold that, though it was well-intentioned, is a horrible decision.

Those in favor of the deal think that the confirmations by the International Atomic Energy Agency that Iran is in full compliance with the deal, and that Iran has in fact dismantled thousands of centrifuges, are enough to confirm that Iran is being moved further from the ability to create a bomb. In addition to this, people have been clear that Trump’s position on the deal is not correct because Iran is technically in compliance with the deal. Yet, this technicality does not take into account Iran’s pursuit of policies disliked by not only the United States, but by American allies. Besides for this, those in support of the deal fire back against the fact that the US paid Iran upfront for their agreement rather than waiting to see if they would comply by saying that Iran didn’t receive the full one-hundred-fifty billion dollars upfront- they only received one-third.

However, the deal was not discussed by the United States and Iran alone. It was actually discussed by the permanent members of the United Nations, and this coalition of powers can be totally affected by Iran’s threatening actions. This is why the Iran Deal can also be seen as a threat. It could lead to war with Iran, which will soon be competent and heavily armed with nuclear weaponry and an intense military force. Any conflict would surely lead to not only regional destruction, but widespread casualties and involvement by countries around the world. People and the environment will both be affected by any conflict that results from unwanted interaction. However, the credibility of the American government will forever be tarnished in the eyes of foreign entities. The world’s nations care not for the word of the United States’ government, and anything President Donald Trump does has the ability to ruin the American reputation. Along with this comes the fact that European powers would not care to re impose sanctions if the United States alone destroys the 2015 agreement.

I personally hold that this deal is a terrible idea. It is important to remember that Iran is the world’s largest state sponsor of terror. Their government is the Tehran, which supports multiple terrorist organizations. Since 2015, this deal has been allowing for Iran to enrich uranium, and keep thousands of kilos of this enriched uranium for “peaceful energy use”. But, the amount of centrifuges used to enrich this uranium has no set limit imposed on it, allowing for Iran to use thousands of centrifuges to enrich uranium faster than before. More importantly, though, is that this deal is hard to maintain because the inspections done on Iran must have a warning prior to the arrival of agents, which can give time for Iran to cheat the system. I don’t think negotiating with terrorists is a possibility, so I firmly agree that the Iran Deal has to go.

To conclude, the Iran Deal is an agreement in which Iran is allowed to continue with enrichment of uranium to work towards nuclear weaponry. Those in favor of the deal say that Iran is technically in full compliance of the deal and that it has dismantled enough centrifuges to keep it from creating a bomb, and defend the US by saying that Iran didn’t receive the full one-hundred-fifty billion dollars upfront- they only received one-third. Those that disagree see Iran’s competency for war, its regional and global destruction. Overall, I hold that the deal is a careless call for destruction and it is being supported by those ignorant to the fact that it is merely a temporary solution to an on-going problem.

About the Author
Vanessa Gonik is a student that attends a Jewish school. She is studying Israel Advocacy.
Comments
Advertisement