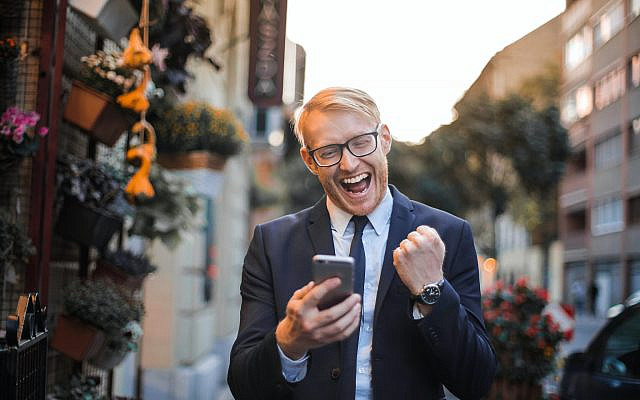 Robert Browning had the right idea. His poem, “How They Brought the Good News from Ghent to Aix” describes an incident that took place before proper roads, railways, or the telegraph. The three riders hurry through the night with the good news, although we are not told what this good news is.

Today we also have good news, but nobody wants to hear it. We have many ways of bringing the good news to the far corners of the world, but as it is said, there are none so deaf as those who will not hear. The good news is, of course, that after 2,000 years we Jews are back in our own homeland, the State of Israel.

Strangely, there are many Jews who are happy to sing chadesh yameynu kekedem, (renew our days as of old), with great vigour in their synagogue services but have no intention of putting this into practise.

It is possible that there are Jews living without newspapers, radio and television, the Internet, or even the occasional visit to a barber’s shop to catch the latest gossip, but they must be very few. No, the majority clearly don’t see the news as good.

Turkey, a country that once offered shelter to Jews has become decidedly unfriendly to both its Jewish population and Israel. Today, some 15,000 remain; why don’t they get out? There are many Israelis of Turkish origin, they would soon feel at home here. And there is no shortage of Turkish restaurants.

We Jews are said to have long memories, but the Jews of England seem to have forgotten that they were expelled from the country. Some 3,000 Jews, the entire Jewish population were thrown out in 1290 on the orders of Edward I. They were the lucky ones, just a hundred years earlier, some 150 Jews had been massacred at Clifford’s Tower. In today’s Israel, British Jews would have no problem finding a Fish and Chip shop, there are plenty. (Of course, we cannot compete with Britain where consumers eat an annual 382 million meals from Fish and Chip shops.)

Even China has a small number of Jews, around 2,500 is the official guess. Perhaps they have not heard the good news, there are nearly 100 Chinese restaurants in Israel. And our language, Ivrit, has far fewer letters than Chinese.

So, let this blog be How They Brought the Good News from Rehovot to London. We are waiting for you.