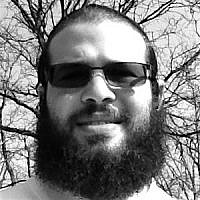 The Blogs
David Shor
Apply for a Blog
Advertisement
Please note that the posts on The Blogs are contributed by third parties. The opinions, facts and any media content in them are presented solely by the authors, and neither The Times of Israel nor its partners assume any responsibility for them. Please contact us in case of abuse. In case of abuse,
Report this post.

Conventional wisdom among many of my peers in the “pro-Israel” community is that Rubio & Cruz are indistinguishable as it relates to support for Israel, and on Foreign Policy as a whole. Is that indeed true?

To thoroughly examine their records & viewpoints, we need to first examine the points of conflict between Jerusalem & Washington.

There were three central points of conflict with the Obama Administration; “settlements”, the “Arab Spring”, & the “Iran Deal”. Truth be told, the Bush White House also supported the “Two State Solution”, supported the “Democracy Agenda”, & even held non-nuclear related talks with elements of the Iranian regime pre Afghanistan & Iraq Wars. I’m not suggesting the two are identical, rather only that if we are seeking a total departure from the Obama FP, reverting to the Bush FP wouldn’t cut it.

Marco Rubio supports the “Two State” objective, but believes that ‘currently’ it’s not the time. That is the traditional American Foreign Policy. Israel would still be asked, albeit more politely, to halt any new settlement expansion.

Cruz on the other hand has been unequivocal that he will part ways from this traditional bipartisan viewpoint. In an interview with the Jerusalem Post’s Caroline Glick, Cruz said “I do not believe the American government should be dictating terms of peace or settlement policy to the nation of Israel. Israel is a sovereign nation. Israel is our ally. We should stand with Israel. We should not presume to dictate matters of internal governance for the nation of Israel. If I am elected president we will not do so.”

In 2011, when still working with Former Defense Secretary Donald Rumsfeld, and before Cruz was in the Senate (let alone the presidential race), Victoria Coats Cruz’s FP advisor wrote in a piece titled “The Perils of the Pre-1967 Proposal”, “Israel has the right to all its history, and to all its territory”.

The “Arab Spring” & the “Democracy Agenda”:

Marco Rubio has been as prominent a voice in support of the Arab Spring as Senators McCain & Graham. He considers the “Democracy Agenda” central to his Foreign Policy Doctrine. When Egypt’s Hosni Mubarak relinquished power, Rubio remarked “This is an historic moment for Egypt and the Middle East. For perhaps the first time in its long history, Egypt’s government has listened to and heeded its people’s legitimate demands for greater freedoms and an end to corruption. This is an opportunity for the Egyptian people to chart a new, more hopeful and democratic future. Today’s events should hearten those struggling for greater freedom and respect for human rights in our own Hemisphere.”

To Senator Rubio, “Democracy Promotion” isn’t just a priority; it’s the ‘essence’ of America’s interests abroad, as he’s stated “What is the alternative to democracy? Pro-American dictators? That’s an oxymoron.” It’s why he considers Iraq without Saddam a net positive, as he has remarked “The world is a better place because Saddam Hussein does not run Iraq”. That’s despite Iran expanding its influence into Iraq & effectively controlling Baghdad as a result.

Rubio has tried to walk back his unconditional support for Saddam’s removal even with the benefit of hindsight. But, actions do speak louder than words, and in 2011, despite having the chance to learn from the Iraq mistake, Rubio was a vocal proponent of Mubarak & Qaddafi’s removal. Rubio very clearly doesn’t consider Saddam’s removal a mistake.

When the “Arab Spring” uprisings reached Bahrain, Rubio pressed our ally & host to the Navy’s Headquarters for the Persian Gulf. Rubio demanded the Kingdom appease the protesters demands despite “the potential threat to the country’s stability”. In his 2011 October 13th letter to the presumptive Democrat Nominee and then Secretary of State Hillary Clinton, Rubio wrote “I appreciate Bahrain’s concern about Iranian ambitions in the region and the potential threat to the country’s stability, but I believe the government’s response to the disturbances actually threatens the country’s long-term stability, jeopardizes the United States’ standing in Bahrain and the Middle East, and plays into the hands of Iran”.

So Senator Rubio is on official government record stating as a matter of policy that the destabilization of a vital ally, with Iran potentially directly benefiting, would be in our national interest. All in the guise of “Democracy Promotion”.

Israel was vocally opposed to the “Arab Spring” from the get-go, as Prime Minister Benjamin Netanyahu famously said as the time “It isn’t an Arab Spring, it is a Jihadi Winter”. Israel was right about the Arab Spring, as they were about the Iraq War, which they opposed.

Unlike Rubio, Senator Cruz finds the concept of forcing “Democracy” on a society unripe for it not as a “punishment” (as was widely accepted by the Bush Administration), but rather a ‘reward’.  Prematurely implanting democracy undermines the very geopolitical order the terrorists want destroyed, & allows for political & militant Islam to thrive

To this day Senator Rubio has yet to voice regret for supporting the Arab Spring. In an interview with the Daily Caller’s Jamie Weinstein, Rubio reiterated his support for the Libya intervention, & suggested that the reason for the Libya failure is that we didn’t do ‘enough’.

In an interview with Bloomberg’s Sahil Kapur, Senator Cruz noted that despite Qaddafi’s bad human rights record; in the aftermath of the Iraq invasion he has surrendered his WMD program, & has become an ally in the War on terror. To Senator Cruz, toppling Qaddafi & Mubarak has not served our national interest, & therefore should not have been pursued

The “Iran Deal” – “Rapprochement with Iran”:

In April of 2012 Senator Rubio said “We should be open to negotiations with Iran”, and in May of that year he has declared “I am aligning with what the administration has said” on Iran.

For too long we’ve allowed the foreign policy debate in this country to be framed as between “isolationism” vs. “interventionism”, “hawks” vs. “doves”.  But intervention is merely the tactic; the discussion must be centered on ‘defining’ our national interests abroad.

Is “Democracy Promotion” our Foreign Policy guiding principle, or is it a regional order where in conjunction will our allies we contain Moscow’s reach and the expansion of Iran’s Islamic revolution region-wide? Is it “values”, or is it “interests”?

Senator Rubio with his prominent Arab Spring support & subsequent FP proclamations, has put himself squarely alongside Hillary Clinton in the “Democracy”/”values” camp. Senator Cruz on the other hand is in the “interests” camp & has therefore opposed the Democracy Agenda. As Israel & our traditional Sunni gulf allies, Senator Cruz saw the Arab Spring as a Jihadi Winter not to be encouraged & celebrated, but rather contained and chocked.

When it is democracy that is the defining attribute in the USA-Israel relationship, naturally the “rights” Palestinians are neglected will fraught the relationship. For this reason, it is the Bush-Rubio “values” camp that considers the “Two State Solution” an American priority & objective.

But if “interests” defines our Foreign Policy agenda as Senator Cruz believes, the “Two State Solution” isn’t an American priority or objective. Senator Cruz has indeed walked away from this longstanding bipartisan foreign policy prescription. Whether it is Military, Intelligence, Cyber, or Counterterrorism, Israel shares our ‘interests’, they fight our enemies, & give us reliant & unparalleled National Security advantages.

Essentially, these two differing Foreign Policy ideologies define their respective positions on the “Two State Solution”, the “Arab Spring”, & “rapprochement with Iran”. The Bush-Rubio pack who subscribe to the “Democracy Agenda” have allowed that principle to guide them even when compromising our geopolitical regional order. They are ‘idealists’ who reject a realpolitik worldview. When Democracy is prioritized, the door is then opened to altogether question the legitimacy & necessity of the regional order.

With the Iran Deal Obama & Kerry wanted to achieve just that, “equilibrium”, a Middle East where we don’t take a side & Iran is treated as a legitimate regional stakeholder. With ‘equilibrium’ implemented, the decades long regional order is indeed dead.

The Cruz FP vision & resolve isn’t theoretic, it has been publicly demonstrated on multiple occasions:

When the FAA shut down travel to Israel’s Ben Gurion Airport, it was Senator Cruz who without delay vowed to block all diplomatic appointments until the issue was resolved. Macro Rubio was AWOL at the time.

When the effort to meddle in the 2015 Israeli elections surfaced, Senator Cruz without hesitation called for an internal State Department investigation. Then too Senator Rubio was AWOL.

When it was revealed that the NSA has penetrated the communications of Prime Minister Benjamin Netanyahu, Marco Rubio remarked “this is one of those complicated issues when it comes to intelligence matters”. Later in the day Rubio was overheard saying “We spy on everyone, that’s the nature of intelligence.” Essentially, to Rubio this was all kosher.

Senator Cruz understood how such behavior is in no way acceptable, and remarked “I think it’s indicative of the Obama Clinton Foreign Policy and their inability to distinguish between friends and enemies. The Obama administration has been the most hostile and antagonistic to the nation of Israel in our nation’s history”.

On January 29th 2013 the Senate confirmed John Kerry Secretary Of State. Only three senators voted No, Rubio was not one of them, Cruz was.

In August of 2014 when speaking at the IDC (In Defense of Christians) Summit, and being booed for calling Hezbollah and Hamas “evil”, Senator Cruz proclaimed “Those who hate Israel hate America, If you will not stand with the Jewish people and with Israel, then I will not stand with you.” With those powerful true words Senator Cruz abruptly left the podium & hall.
These words exemplify Senator Cruz’s belief system; Israel isn’t a ‘liability’, it is an “asset” worthy of protection and cherish. It is this clarity & courage that has so many in Washington envious & resentful of Senator Cruz. There’s someone in Washington not blindly following the failed Domestic & Foreign Policy status quo.

Whether it is Israel’s sovereignty, our Arab Allies stability, or talks with Iran, Cruz has shown consistent clarity & resolve where Rubio hasn’t. If you want to revert to the Bush Foreign Policy, Rubio is your choice. But if you want a wholesome departure from the historically bipartisan Washington Foreign Policy, Cruz is the candidate who has the vision & resolve necessary to change the rules of engagement.

About the Author
Born and raised in the USA, with familial roots in Israel since 1834.
Related Topics
Related Posts
Comments