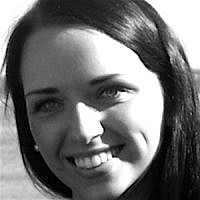 The Blogs
Victoria Hurney
Apply for a Blog
Advertisement
Please note that the posts on The Blogs are contributed by third parties. The opinions, facts and any media content in them are presented solely by the authors, and neither The Times of Israel nor its partners assume any responsibility for them. Please contact us in case of abuse. In case of abuse,
Report this post.

Many expats living in Israel and Israeli expats living abroad are familiar with missing their favorite entertainment from home. We may live in a global village, but due to geo-restrictions, the Internet we enjoy is quite different from country to country. Expats seeking to access to their favorite streaming content in Israel (like HBO Go, Sky.It, BBC iPlayer, etc.) will often find this content is blocked, and Israelis living abroad will find the same applies for their favorite local sites, like Mako.

Expats have therefore turned to VPNs (Virtual Private Networks), a relatively new consumer technology that allows them to connect to a remote server and browse the web just like they did back home. Geo-restrictions came to the forefront recently, when Netflix announced that they would be expanding their service to 130 more countries — including Israel. The news was exciting, but expats and Israelis quickly came to realize that the Israeli library is quite limited — only containing 30% of the content offered by Netflix USA.

With a VPN, however, locals and expats alike have found that they can not only enjoy their favorite content from home when abroad, but they can also discover new international content while at home. Hence, a VPN has proved to be a useful solution for unlocking and enjoying content from around the world.

But using a VPN goes beyond simply accessing our favorite shows, online stores, and music. In certain less open societies, VPNs offer the only viable resource to the outside world. When it comes to countries such as North Korea and Syria, the tech industry has a greater responsibility to help keep the common population informed.

Knowledge breeds power, and that is exactly what is feared in dictatorship countries. The ten most censored countries, according to the Committee to Protect Journalists, include Eritrea, North Korea, Saudi Arabia, Ethiopia, Azerbaijan, Vietnam, Iran, China, Myanmar, and Cuba.

People’s Republic of China (PRC), for example, has blocked a large number of foreign websites, including Facebook, YouTube, Twitter, Foursquare, Vimeo, Blogger, Blogspot, Wikileaks and Hulu. Why? Because if China relaxes its grip, citizens might view and engage content containing information that poorly represents the government. And, in an autocratic government such as China, ensuring that its citizens are fed filtered content, is key to maintaining authority and control (or, so the Communist party believes). Moreover, in China, the government not only prohibits its citizens from accessing certain websites, but they monitor citizens’ Internet activity as well.

Ethiopia similarly engages in Internet censorship and filtering in order to suppress political dissent. In July 2012, Eskinder Nega, an Ethiopian blogger, was jailed for 18 years after publishing a column criticizing the Ethiopian government. According to their Anti-Terrorism Legislation, Ethiopia considers “any reporting deemed to encourage or provide moral support” as inciting terrorism. Thus, Nega was accused of conspiring with a political opposition group and found guilty of terrorism charges.

As a tech community, it is our responsibility to equip an oppressed population with as many tools as possible to overcome their circumstances. VPNs not only allow people to view alternative opinions, but it offers them a chance to access knowledge that previously seemed unattainable.

Still, not all VPNs are created equal. There are many options out there but the key is to find one that is secure, reliable and dependable. SaferVPN, an Israeli company, is not only dedicated to ensuring anonymity but security, as well. When it comes to using a VPN in countries where many search options are forbidden, it is imperative that your data and personal information remain incognito — especially in countries such as China, where the Communist government monitors individual activity. To help, SaferVPN has partnered with Advancing Human Rights and their human rights crowdsourcing platform Movements to establish #UnblockTheWeb. Through this initiative, they provide activists living in closed societies with secure, private and unrestricted Internet access.

Whether you’re accessing knowledge that inspires change or maybe just enjoying some comforts of home, your VPN service must be chosen intelligently. After all, your connection can make a huge impact on the life that you live.

About the Author
Victoria Hurney is a Content Marketer at Ranky. She grew up in Boston and graduated from Veterinary school in Budapest. Now, she lives in Tel Aviv.
Comments