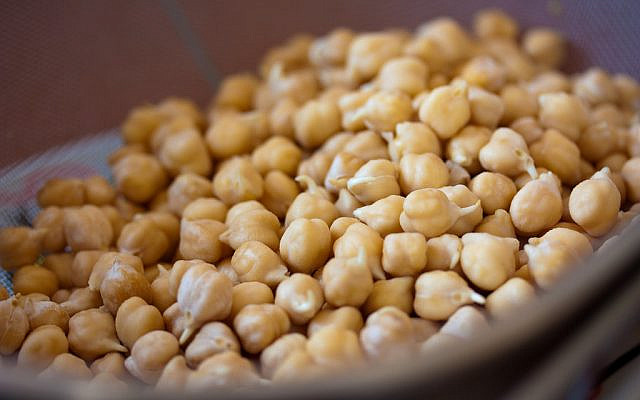 In Israel you see tons of Kosher for Pesach (Passover) hummus but nothing in the USA.

Why exactly is this horrible exclusion happening?

It would seem to most anyone that Hummus is a natural spread to Matzah, and anyone who says otherwise is likely just a טיפש. 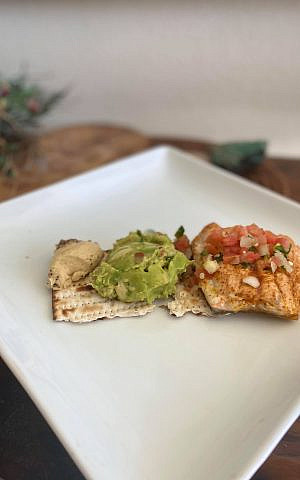 I have this amazing salmon creation I invented with chickpeas and matzah, but it’s illegal in most of Brooklyn this week. (My own photo also)

This is because of a minhag (custom) called “foolish” by a few poskim (religious authorities) , such as Rabbenu Yerucham (Beit Yoseph OH 453), Ashkenazi Jews don’t eat Kitniyos (legumes) during Pesach.

The Wikipedia article goes into depth, so I don’t really feel the need to expound too much — but sometime seven hundred years ago, some Jews decided to forbid the consumption of rice, millet, peas, beans, alfalfa, lentils, carob, soy, and peanuts. The reasons at this point don’t matter.

The custom is such an issue that it’s become almost one of the defining ethnic debates between Ashkenazi Jews and Sephardic Jews for many years, often considered (not so hilariously) the reason that any “intermarriage” between the two groups may have failed.

For years there’s been an awesome meme circulated reading, “Once again this year in Israel there will be hundreds of thousands of people who have nothing to eat for the holiday. They’re called Ashkenazim.”

And then there’s this, from the so-called “Kitniyot Liberation Front,” that chooses to use the Sephardic pronunciation.

Interestingly enough, in 2016, Conservative Jews have ruled that kitniyos קטניות are indeed KLP and always should have been — and about 10000 newspapers ruled that this suddenly applies to all Jews globally because of ignorance of the different movements of American Judaism.  When I mentioned this on Facebook, almost all my friends who are part of the denomination declared that they weren’t even aware of the issue.

But, yes, for those who don’t know, the story of hummus is even more controversial.

Almost every year in social media since 2009, a “war” has broken out between Arabs and Jews claiming some sort of new claim to the invention of hummus.

The use of chickpeas to make a traditional dish called “Hamitz” is indeed mentioned in the Talmud. But from a cursory reading of the text, nobody said anything about tahini — and there are many dishes that have chickpeas in them and aren’t hummus.

We only call it “hummus” when it’s Hummus bi’Tahina, when it’s actually mushed with tahini.

The fight might seem strange and even ridiculous, but family hummus recipes have been passed down for generations and there is a sense of pride that can’t be explained without pita, lot of beer and a little bit of xenophobia.

Making it even more absurd?

Mushing chickpeas and adding spices to it seems not only natural and obvious but yes, existed in Egypt, Greece, India and many parts of Africa.

It got so bad at one point that the so-called “hummus wars” started in 2008, when Lebanon accused Israel of cashing in on what they believed should have been Lebanon’s legacy, publicity and money of the hummus industry.

The president of the Association of Lebanese Industrialists was pretty upset that suddenly hummus had become known as an “Israeli food” outside of the Middle East thanks to a smart marketing campaign by Israel food Giant, Sabra.

The effort failed miserably outside of Lebanon, because of the dubious claims of both sides.

“The earliest recipe I’ve seen for hummus that includes tahini is from an Egyptian cookbook,” claims Middle East historian Ari Ariel. Indeed,  the 14th-century Egyptian cookbook ‘Kanz al-Fawa’id’  has no less than 11 of a  dish called himmas kass (mashed hummus) that are all mixed with tehini.

Thus it occurs to me that during Pesach, those of us who identify as Jewish, should be celebrating our liberation from the Egyptians and Pharoah by eating Hummus.

What can we all agree on?

Chocolate Hummus is not only disgusting, but is perhaps a sign that the Moshiach is on his way. 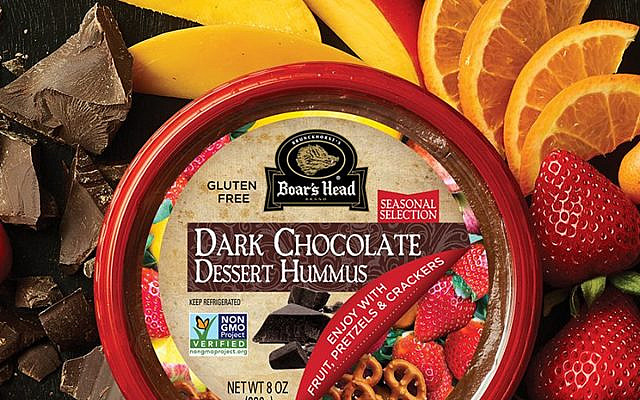 Both Jews, Muslims & Atheists agree this is evil. (Product photo, fair use)
About the Author
Pesach “Pace” Lattin is a leading online media expert with over two decades online in creating everything from display networks, affiliate systems, fraud detection companies and online publications. He is also the former founding member of the Secret Service's New York Electronic Crimes Task Force -- and his forensics manual is still the foundation of every Secret Service computer investigation.
Related Topics
Related Posts
Comments