I. The Greatest People: More than two decades after it was published, the title of journalist Tom Brokaw’s book, The Greatest Generation, has become a commonly- accepted description of American soldiers who fought in World War II. I think that was a very striking statement on his part. Brokaw’s choosing the superlative was very bold. “Great” is one thing;  the “greatest” is quite another. 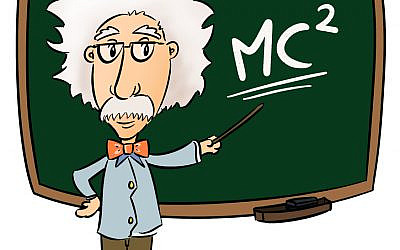 Sometimes these comparisons are like ‘Who was the greatest president’, Lincoln or Washington? Composer – Mozart of Beethoven? Artist — Michelangelo or Da Vinci? Scientist? — Newton or Einstein? Torah-genius? — Rabbi Akiva or Maimonides? (The one exception, of course, is Muhammed Ali who made certain that the world knew that he was the greatest heavyweight boxer.)

Most of the comparisons above are meant for light conversation like when college students’ take a break from their books. Most likely, the comparisons won’t yield much practical information for living one’s life. Few of the choices are universally accepted, though the Yigdal prayer and other sources make it clear that Moses was the greatest prophet – ever. Like with Moses the prophet, I think Brokaw’s The Greatest” stands firm.

II. The Greatest Jewish Events – Historically and In a Jew’s Life: Biblically, rabbis and laypeople alike take sides about The Exodus or standing at Mt. Sinai. In modern Israeli history, I think we are closer to unanimity when we decide on the fifth of Iyyar, 1948, when David Ben-Gurion proclaimed the founding of the first independent Jewish state in nearly two millennia. My friend, Rabbi Jonathan Porath, suggests that perhaps November 29, 1947, should be considered the greatest, i.e., the date when the U.N. voted to end the British Mandate over Palestine, opening the door to Independence. There was unmitigated joy that day, whereas on May 5, 1948, there was no clear assurance given to Ben-Gurion that the far out-numbered and out-armed Israeli army could withstand the military attacks of the surrounding Arab nations.

A. The first (Mishna Sukkah 5:1) graphically describes a wild night in Jerusalem:  It was commonly said, “Whoever has not seen Simchat Bet haSho’ayvah never witnessed real joy in one’s life.” 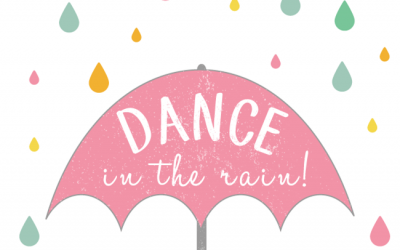 On Sukkot, at the beginning of Israel’s rainy season, this Simchat Bet HaSho’ayvah celebration took place in the Temple. It involved a ceremony of pouring a water libation on the altar as a sign (and inducement) to God to send life-giving rain. Crowds, music, singing, and flaming torches are mentioned in the texts. Nowadays, several communities imitate the event (with some variations) including recitations, singing and dancing — the whole nine cubits.

And even though the actual Temple ritual looks very pagan, the Talmudic rabbis had stripped away any association with their idol-worshipping neighbors. (This practice of adopting customs from the outside world and to transform them into something Jewish, continues to our own day. The examples are too many to list, but to mention only two: A bride and groom circling each other was originally done to create a magic protective circle to keep demons away from the couple, and breaking a glass in memory of the destruction of Jerusalem and the Temple had a similar anti-demonic origin. Evil spirits apparently can’t stand noise).

For the Mishna to describe the Simchat Bet haSho’ayvah in such enthusiastic terms terms would indicate that it was the greatest simcha they had witnessed.

B. The second text (Niddah 30b) is familiar to many people. In this passage, Rabbi Simla’i gives a detailed obstetrical description of a fetus in its mother’s womb. Among the specifics he describes a candle burning on the fetus’ head “by which light it can see from one end of the world to the other”; also, that the fetus is taught the entire Torah, and then, just as it emerges into our world, an angel slaps it over the lip making the newborn forget all the Torah it had learned. The physical result is that anatomical notch (the philtrum) between the bottom of the nose and the upper lip. (Incidentally, Plato also taught the idea of pre-knowledge.) 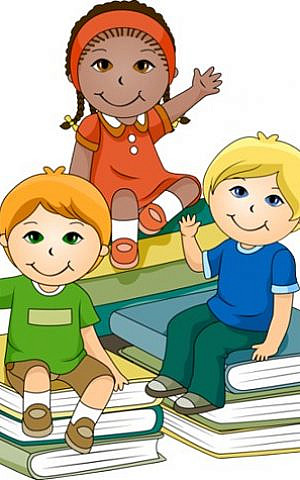 My students and audiences have expressed several reasons for this process of knowing and forgetting and learning again:

(1) Everybody is capable of understanding Torah, even individuals with limited intellectual capacity. Consequently, it becomes a teacher’s responsibility to find the best pathway back to the original source for each student.

(2) Torah has to be connected to life as experienced in the outside world, not inside some ivory-tower-like amniotic fluid.

(3) Torah déjà vu, like any other déjà vu, is a unique experience. It adds to the real “high” of remembering an important Torah message; sometimes it even happens as an “Aha!” moment.

(4) Someone once told me jokingly that otherwise we would have to close all the synagogue religious schools and Jewish day schools — leaving all the teachers unemployed. All the students would already know everything.

While I was preparing this Dvar Torah and reviewing Rabbi Simla’is words for the nth time, I noticed a line I must have known but had not paid attention to previously: “And there are no greater days in one’s life than those days when one is immersed only in goodness”

In true rabbinic fashion, at least one commentator explains that the glory of those days is because the fetus does not have a Yetzer haRa, the inclination to do anything wrong. It is unencumbered by concerns that it will make bad decisions in the future.

Moreover, without the negative moral force of the Yetzer haRa in their souls, the fetus is liberated from any concerns that it will obsess about past wrongdoings. This leaves it happily worry-free to spend those months studying Torah by that awesome light.

III. The Greatest Time In A Person’s Life: For some people it is relatively easy to surmise exactly when: For Roger Bannister, May 6, 1954, when he broke the 4-minute mile; For Sir Edmund Hilary and his Nepalese sherpa Tenzing Norgay, May 29, 1953, when they reached the summit of Mt. Everest; May 5, 1961, for Alan Shepard, when he became the first American in space, and July 20, 1969, when Neil Armstrong incredibly stepped onto the surface of the moon almost 239,000 miles from the earth — while people around the world watched, awestruck, on their screens.

IV. To Summarize: Is it worthwhile for people to spend time searching in their own lives to determine what was their greatest day? Their wedding day? The birth of a child? When they discovered what their true purpose and calling in life is? 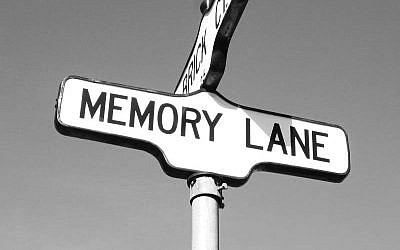 I believe it is worthwhile, with these provisos: That it be done only on occasion, not as a guilt trip for lamenting wasted years, and not as an escape from their present lives. I think the search is done best in casual conversation with a friend in a relaxed setting like on the beach, strolling through a gorgeous landscape, or people-watching on a bench on one of those beautiful, sunny Jerusalem days when they are at peace with themselves.

The search is definitely not for everybody. Many individuals justifiably do not find examining their personal past in any way productive or meaningful. Instead, they essentially focus on living today. Indeed, some people should not do it, because, not only might it be of no benefit, it might actually do them some unforeseeable harm.

But even for the ones who might benefit, I do not expect that everyone, or even most people, will succeed in discovering their greatest day. Nevertheless, I do believe that, in the process, they may discover other important events and landmarks in their lives which will bring them a perspective of who they truly are. As a consequence, it may give them guidance and purpose as to what they might want to (or should) do in the next hour, day, week, month, year, or for the rest of their lives.