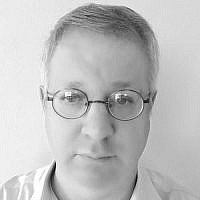 There were a great many miracles associated with the exodus from Egypt and the Passover story. Each one of the ten plagues can be considered to be a miracle unto itself. Dividing the Red Sea, destruction of Pharaoh’s army, the burning bush, water from a stone, and manna from heaven are others.     There is considerable disagreement even among the greatest rabbinic authorities as to exactly how many miracles there were.    Rabbi Yossi said that there were ten plagues in Egypt, each one a miracle unto itself, followed by 50 more plagues at the splitting of the Red Sea.    Rabbi Eliezer disagrees.    He multiplies the number of plagues by 4 because of God’s anger, fury, wrath, and torment, stating that there were in fact 40 plagues in Egypt, followed by 200 plagues at the splitting of the Red Sea.    Rabbi Akiva, on the other hand, gives a different opinion.    The number of plagues should be multiplied by 5 for the fierceness of God’s anger, fury, wrath, torment, and dispatching evil angels, giving 50 plagues in Egypt and 250 plagues at the Red Sea.    These different rabbinic opinions are all well documented in the Haggadah.

But which was the greatest of all the miracles of Passover?    There may have been dozens or even hundreds of miracles that occurred during the exodus from Egypt, but one miracle in particular is so completely different from all the rest that it stands out as by far the single greatest miracle of all.

All of the other miracles such as blood, frogs, locust swarms, darkness, the dividing of the Red Sea, and the burning bush that was not consumed could all possibly be explained by natural phenomena.  These miracles of physical nature could all have plausible natural explanations.   For example, when the Nile turned to blood, it could be explained by a red tide of algae.    One could argue that locust swarms are not miracles at all since to this day, they still occasionally occur in Egypt.    Others argue, that yes, locust swarms are natural phenomena, but they occurred exactly on cue from Moses and Aaron, and that is the miracle.  Darkness may have been caused by a solar eclipse or by a plume of ash from eruption of a distant volcano blocking the sun light.    The Red Sea may have divided as a result of an earthquake that moved the water away from the path of the Hebrews leaving Egypt.   Or perhaps a great wind moved the water away.    The burning bush could have been growing on the rim of a volcanic vent with a lava chamber behind to it, making it appear to be burning.

By hardening Pharaoh’s heart, God effectively controlled Pharaoh’s free will.     Free will is a fundamental characteristic of humanity.     When God created Adam and Eve, he created them with free will.    The first thing Adam and Eve did after they were created was to exercise that free will by eating the fruit of the tree of knowledge after they had been warned not to.   God could have created humanity without free will.    Adam and Eve could have been mindless autonotoms who followed God’s word liked robots, without free will to do otherwise.   Philosophers recognize free will as a fundamental characteristic of our non-deterministic universe.   Indeed, if one is to accept the notion that God created people with free will so that we could love him of own free will, then it immediately becomes clear how fundamental free will is to the nature of humanity.    When God hardened Pharaoh’s heart, he didn’t merely manipulate some aspect of nature.    There can be no plausible scientific or natural explanation for this, as might be argued for all the other miracles.     Hardening Pharaoh’s heart is by far the greatest miracle of Passover because only God has the almighty power to the suspend the free will with which humans were fundamentally endowed by our Creator.