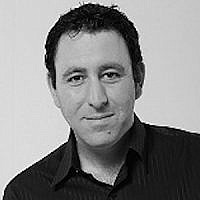 The Blogs
Ariel Halevi
Apply for a Blog
Please note that the posts on The Blogs are contributed by third parties. The opinions, facts and any media content in them are presented solely by the authors, and neither The Times of Israel nor its partners assume any responsibility for them. Please contact us in case of abuse. In case of abuse,
Report this post.

Aside from this quote (Roger “Verbal” Kint, The Usual Suspects) coming for a great movie (how could it not be with Kevin Spacy) I think it speaks volumes to a phenomena that I have come to call “Tyrannical Liberalism”.

I would define Tyrannical Liberalism as a conservative and dogmatic method used to defend liberal and progressive views (I am not relating here to a similar phrase “The Tyranny of Liberalism”, as discussed by James Kalb and James Petras).

You see, values are the HOW in the equation of our lives. though frequently they are framed as the WHAT we stand for, values are not an end on to itself but rather a means by which we achieve a desired end or a given reality.

And while I am a huge fan of the WHAT as the “Northern Star” guiding organizations (that’s where Simon Senik completely missed the mark in his famous “Start with the WHY” TED talk – but on that in a separate piece) when it comes to values, the HOW trumps the WHAT.

Simply put, the second you believe the ends justify the means, you have begun sliding down the very dangerous slippery slope of oppression.

I pride myself on having a highly diversified Facebook community. Every day, I find many conflicting views on my “wall” and I follow the exchanges between people of highly opposed views.

As I followed these frequently ineffective and all too aggressive conversations, I gradually started noticing a growing tension between the views and value systems represented by those who stood up for liberal ideas and the style of their communication and discourse.

It suddenly hit me: dogmatic conservatism has mutated into a new form and has infiltrated the ranks of my liberal friends (myself included, during the recent US elections).

While those standing up for liberal values (such as: human rights, climate change, gender equality, etc.) were under the impression that they were promoting a better, friendlier, more open minded and empathetic world – they had in fact become the manifestation of the very life and communication styles which they so strongly oppose.

More and more I found that my liberal Facebook friends were displaying closed mindedness and intellectual rigidity. They became dogmatic and aggressive against those who dared challenge their view points. They began shaming people into silence rather than inviting them to speak up, in the name of true diversity and open dialog. They became tyrannical, in direct contrast to their declared values – which call for the exact opposite behavior. They became Tyrannical Liberals.

So how can you know if you are a tyrannical liberal? How can you distinguish between being a truly committed liberal and being a modern, camouflaged closed minded conservative?

Simply test how open minded you are to ideas, or at least to the expression of ideas, that conflict with yours.

Ask yourself: “How likely am I to discover that I’ve been wrong on an issue that I have been defending for years?“

Take a look at the questions below. If your answers to the following questions are mostly “Yes” then you need to consider the possibility that you are in fact a tyrannical liberal.

You’re first response to this questions may be: “That’s EXACTLY what all those right wing, conservative, republican, Trump supported behave like!”.

Excluding the word “all”, I agree.

These are in fact behaviors that represent closed minded, dogmatic people – and that’s EXACTLY why if you find yourself answering YES to most of these questions, you should come to terms with the fact that you are among these types of people, regardless of the liberal nature of the values you believe you stand for.

Does this mean that I am willing, in the name of true liberalism and open mindedness, to have an even handed discussion with people who support women trafficking, child molestation, ect.?

Good question. I was about to finish typing the word NO as a definitive answer. But then a thought came to me (thank God I type so slowly!).

If my conclusions on these topics are so clear cut, definitive, obvious and easily defendable, why not engage in such debates? Would it not be the easiest debates to have? After all, the stronger your conviction that truth and justice are on your side, the easier (and shorter) the conversation should be, with a clear outcome: successfully persuading the person in front of you, who only moments ago supported horrible policies. A real opportunity to affect change in the world.

Maybe, no matter how right we are, the type of person in front of us lacks the education, the intelligence or even the emotional capacity to shed a life long philosophy? Sure – there are people like that. I have met my fare share of them.

Here’s the catch: it can be almost impossible to know, in advance or right from the start of a conversation (especially an online conversation), if the person in front of you is “one of them” or simply a truly curious individual that currently holds an opposing view but that can be shown “the light”. This problem is aggravated by our tendency to dismiss and delegitimize those who challenge aspects of our deeply held belief system.

This presents us with a hard choice: a) dismiss all who challenge our most fundamental beliefs as a safe guard against the truly ignorant or b) dismiss NO ONE so as to never miss an opportunity to engage with worthy individuals that have directly opposing view points to ours, BUT endure occasional pointless conversations with people who we will never truly reach.

As I understand the ideal of liberalism, the choice seems clear to me. How about you?

About the Author
Ariel Halevi co-founded Debate Company (now Vayomar) together with Gur Braslavi back in 2003. Ariel holds an MA in Homeland Security and Counter Terrorism and a BA in Government and Diplomacy from the Interdisciplinary College in Hetrzlia (Israel). Prior to his studies, Ariel founded and managed several Israel hi-tech companies. Ariel holds a Master’s degree in Government specializing in National Security Studies and Counter-Terrorism (at the school for International Students conducted in English). During his academic studies, Ariel was the President of the competitive Debate Club at the Interdisciplinary Center, Herzliya and was the Debate champion in Israel for two consecutive years and in Oxford, England.
Comments