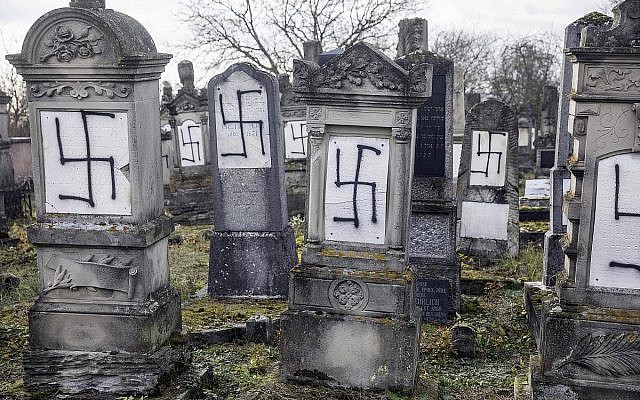 When the United Nations General Assembly passed a resolution in 2005 declaring January 27th International Holocaust Remembrance Day, it was deemed a milestone for an organization whose record on Jewish matters was less than stellar, to say the least. The resolution not only called for a day of remembrance, but also for education about the Holocaust by governments around the world to prevent future genocides.

As we approach this year’s commemoration, we realize that the meaning of the day is even more significant now. A variety of factors make this so.

With the passage of time, new generations have grown up with far less knowledge about those distant events. Polling by ADL and CNN reveals a significant percentage of people in Europe and around the world who have no or little knowledge of the Shoah.

And with the passage of time, as survivors pass away there are fewer and fewer individuals to tell their personal stories to kids, at community events and before government officials. There is no substitute for these direct connections to the Holocaust.

We face an increasing threat to the international liberal world order which was established and led by the United States after World War II in large part to create conditions to prevent Nazi-like states from arising. Populist governments — in Europe and the Americas — are opposing and undermining these postwar values and institutions.

Remembering the Holocaust and educating the world about it should remind leaders as to what can happen if the international arena becomes a place for extreme competition and nationalism instead of cooperation and the rule of law.

There is no denying the surge in anti-Semitism in recent years. It is appalling to realize that on the continent where six million Jewish lives were taken, anti-Semitism is again alive and well. It is coming from the right, from the left and from Islamist extremists. It is leading French Jews to wonder whether they have a future in France. And even in the United States, after the tragedy of Pittsburgh and a flood of other incidents large and small, anti-Semitism is again a matter of concern.

All of these developments make International Holocaust Remembrance Day more vital and more relevant. The occasion should be used to restart conversations about what led to the extermination of European Jews and the positive steps that have been taken over the years to make sure that it will not happen ever again.

For us at ADL, the part of the UN resolution calling for education is as important, if not more important than the annual day of remembrance itself. In between the commemorations each January is where the hard work takes place.

We at ADL invest significantly in that hard work. Our Echoes and Reflections program has taught hundreds of thousands of students around the United States about every aspect of the Shoah. Our Bearing Witness program for Catholic school teachers has trained several thousand teachers on the connection between historic anti-Semitism and the Holocaust. And the Hidden Child Foundation of ADL tells the stories of those who were saved from the Nazis by the righteous actions of non-Jews.

Rita Süssmuth, the former head of the German Bundestag, once told an ADL group that the challenge in teaching each generation of German youth about the Holocaust and the responsibility of their nation was help them emotionally connect to those long distant events. Creative pedagogy, she said, was the key.

Let us all resolve on this International Holocaust Remembrance Day not only to remember but to help young people connect to that history and to instill the importance of democratic values to ensure that such events will never happen again.