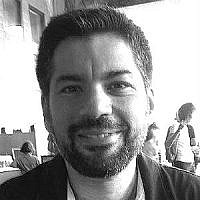 In a recent column, Rabbi Mitchell Rocklin of the Tikvah Fund, who is an executive committee member of the Rabbinical Council of America, misrepresented the Orthodox Union’s newly announced policy prohibiting female clergy (“Closing the door on Open Orthodoxy: Why the Orthodox Union prohibited female clergy,” February 9).

He claimed that the OU prohibited women clergy under strict halacha (Jewish law), as contrary “to the biblical prohibition of following the religious paths of other nations.” Rocklin understood the OU to be making a definitive statement about who may and may not be called Orthodox. He characterized proponents of female clergy as dissidents, and recommended that they leave the Orthodox community.

In fact, the eminent rabbinic panel commissioned by the OU to examine the question of female clergy did not make a pointed halachic ruling, as Rocklin theorized. By its own admission, the panel refrained from issuing a “classic teshuva” or rabbinic responsum, but instead wrote a “position paper that summarizes our extensive deliberations [and] . . . conclusions.” It underscored that the conclusions were not based on any particular black letter biblical injunction. Nowhere did the panel mention the supposed biblical prohibition Rocklin referenced. Rather, the panel emphasized that “[t]he issue of female clergy is complex, and touches upon not only the dictates of halakhah, but also upon fundamental issues in our hashkafat olam (world view).”

The position paper only sparingly addressed objective halachic bases for prohibiting female clergy. Just two of the position paper’s 17 pages are devoted to “Halakhic Perspectives on Women Clergy.” And the position paper disclosed: “Members of this group differ as to the relative weights accorded to each of these [halachic] concerns as well as whether each carries definitive significance independently or cumulatively.” Instead, the panel held that “these [halachic] considerations combined with [non-halachic] factors discussed below, impose a legal preclusion to the appointment of women clergy.”

Rather than substantiating a ruling on pure halachic grounds, the panel highlighted “the Halakhic Ethos” as the primary basis for its decision. It characterized this ethos as a “collective world view” emerging out of “general directives” in the Torah, such as the biblical requirements of being holy and doing goodness. It explained that this halachic “ethos underlie[s] the oft-referenced concept of ‘masorah,’” which is defined as “an appreciation for, and application of, tradition as the guide by which new ideas, challenges and circumstances are navigated.” Halachic ethos analysis, the panel added, assesses “whether proposed changes and accommodations will enable the community to advance the objectives of an authentic Torah ethos, or simply accommodate prevailing values and expectations, often in opposition to the Torah worldview.”

The panel ascribed this halachic ethos methodology to Rabbi Dr. Joseph B. Soloveitchik (the Rav). It wrote: “For the Rav, the appreciation that Torah values could be derived through the examination of the Torah’s legal sources was fundamental to an understanding of Torah and the halakhic decision making process.” The panel acknowledged, for example, that the Rav employed halachic ethos considerations more than 60 years ago in requiring that girls receive the same talmudic education as boys.

To deduce “the halakhic ethos of gender roles” in synagogue leadership, the panel relied almost entirely on “[d]ifferences between the roles of men and women” that the Rav referenced in various lectures. The panel then concluded that “[w]e believe that these distinctions are not merely a relic of times bygone” but “reflect a Torah ethos — a masorah — of different avenues and emphases by which men and women are to achieve identical goals — the service of God and the perpetuation of the Jewish people.” Yet again, however, there was disagreement among panel members, with “the majority opinion” finding “that the appointment of women clergy would be a contradiction to this halakhic ethos.”

Moreover, as the panel recognized, “halakhic ethos” analysis differs from a pure halachic determination, in that the latter generally is an objective assessment while the former takes stock of factual and subjective considerations. The Rav accentuated this distinction, writing that the “[t]he changes in the realm of fact do not have a bearing upon the a priori halakhic norm, but . . . the ethos must be differently conceived.” Where Torah values are at issue, the Rav recognized that “[o]nly the general norm was legislated by God: Be moral and lead a saintly life, be holy” and that there are an “unlimited variety of ways in which the general norm could be implemented.”

Consistent with this subjective halachic ethos approach, the panel acknowledged that differing factual circumstances play a part in assessing the changing roles of women in the modern Orthodox community. It wrote “[r]ole distinctions are not absolute” and it “encourage[d] mothers and fathers” to assume appropriate roles and responsibilities for their family circumstances “despite archetypical parenting roles in our tradition.” It also acknowledged that the halachic ethos is strong enough to allow for some public gender-based changes reflective of the world in which we live, such as those impacting synagogue architecture, writing that “care should continue to be taken to construct mechitzot (separation barriers between men and women) that . . . are also sensitive to the degree of engagement with the services.” Yet, the panel felt constrained at this time from extending this “flexibility” to “[t]he formal structure of synagogue leadership.”

Certainly, eminent Torah scholars and halachic authorities have a right — indeed the obligation — to issue policy statements about serious changes affecting the halachic ethos. They are the stewards of the masorah. But it is also vital to appreciate the sensitivity and scope of such decision-making. The panel’s position paper was not a teshuva defining who may be considered Orthodox, and no one should exploit it as such. In fact, the OU emphasized that there must be further discussion based on “achdut [unity] and mutual respect . . . by convening and promoting substantive dialogue, and . . . to reach out and be inclusive, and resist pushing away any individuals who are committed to the observance of halacha and who seek to remain within the Orthodox camp.”

Inevitably, there are a growing number of female clergy proponents, institutions, and organizations within Orthodoxy. Those groups see resistance to female clergy titles and roles as morally reprehensible, not because of a desire to conform with societal expectations but because such a discriminatory prohibition is inconsistent, in their view, with the obligations of morality and holiness that are integral to the halachic ethos and thus to the observance of mitzvot and the sustainability of the Jewish people. As long as such roles and titles are not uniformly deemed to be in violation of strict halacha, it behooves those who genuinely care about the masorah to remain united in promoting halachic observance and morality, even if there is no universal consensus on the female clergy issue.

Let us all promote unity, not the schism Rabbi Rocklin desires.