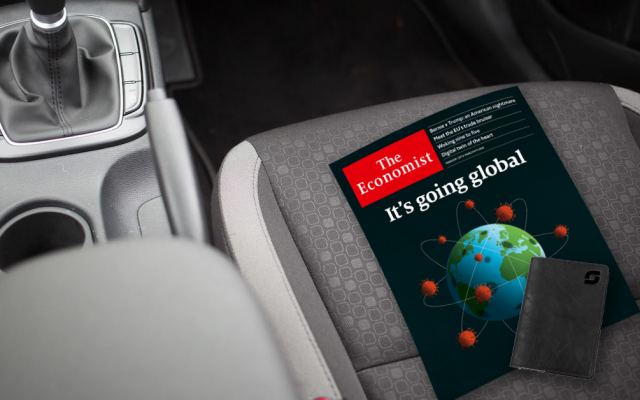 Image by Yael Shahar
“Are you ready to buy or not?” The voice on the phone sounded rushed, tense, a bit hoarse.
“Same conditions as we agreed on? Otherwise, no.”
“Of course! We made a deal didn’t we? You’ll get a message on WhatsApp.” The line went dead.
It was two weeks before the message came. I had begun to wonder if my contact had gotten cold feet. Maybe he’d been burned. Or worse. I figured that was the end of it. But then, Thursday morning, my phone buzzed. “I’m a friend of Dave’s. I heard you wanna cut a deal. Meet me at the gas station on Route 55 in exactly 25 minutes.”
Finally!
I quickly ditched the sweat pants and tee-shirt I’d been wearing. Quarantine. Nobody cares what you wear. I threw on something more sporty. I’d be making the one and-a-half kilometer trip for the first time in a month. May as well dress up for it. I slipped my ’45 into its hidden holster and added a flick knife to an inner pocket. Never know when things will go south; best to be prepared.
I headed out. The streets were eerily silent, a ghost town. A teenager walked a mutt down Arbel street. An elderly lady was pulled along by a dachshund. A guy who looked like the mayor had a rock hyrax on a leash. Walking abroad with a pet is allowed, after all, but I’d never heard of a rock hyrax as a pet. I kept my mouth shut. None of my business, so long as they keep the proper distance.
I pulled into the gas station one minute before the time agreed. “I’m in position,” I texted my contact. “Behind the car wash. Beige Suzuki. A copy of the Economist on the front passenger seat and a Seven Star Diary on the dashboard. Put the package on the passenger seat.”
I got out of the car, pulled a hygienic wipe from my bag and wiped off a bench near the deserted kiosk. I didn’t have long to wait. A white Honda Civic pulled up two spaces away with two passengers. I had expected only one. In this business, any departure from routine could be bad news. But only the passenger exited the car, a teenager with the long peyot and large knitted kippa of the hilltop youth. He put on surgical gloves and extracted a box from the back of the car. He never made eye contact as he passed me at the required two meter distance, but as he walked by, he angled the box toward me so I could see its contents. Looking around quickly, he carefully slipped the box though the open window of my car. He gave me a furtive signal as he quickly got back into his car.
I looked at my watch. Two minutes and twenty seconds, and not a word spoken. Give these guys credit: they were professionals.
Easing behind the steering wheel, I resisted the urge to peer into the box. I had seen enough to know it was the real thing. The less contact, the better, at least until I could get home and wash my hands. I breathed a sigh of relief as I entered the settlement gates. I hadn’t been sure I’d get back in without a challenge.
And then I was home. Donning my own surgical gloves, I carefully lifted the box and brought it downstairs, where its contents would go through decontamination.
My job was finished. I had acquired the Shmura Matzah in time for Pesah!
About the Author
Yael Shahar has spent most of her career working in counter-terrorism and intelligence, with brief forays into teaching physics and astronomy. She now divides her time between writing, off-road trekking, and learning Talmud with anyone who will sit still long enough. She is the author of Returning, a haunting exploration of Jewish memory, betrayal, and redemption.
Related Topics
Related Posts
Yael Shahar
Comments