Until Israel liberated the Western Wall in the 1967, no furniture was permitted by the Muslim rulers to be brought into the narrow alleyway for Jewish worshippers — no chairs, tables, or dividers for separating men or women. That is why this photo taken around 1867 by Frank Mason Good caught my eye.  What was that little table doing at the Kotel? 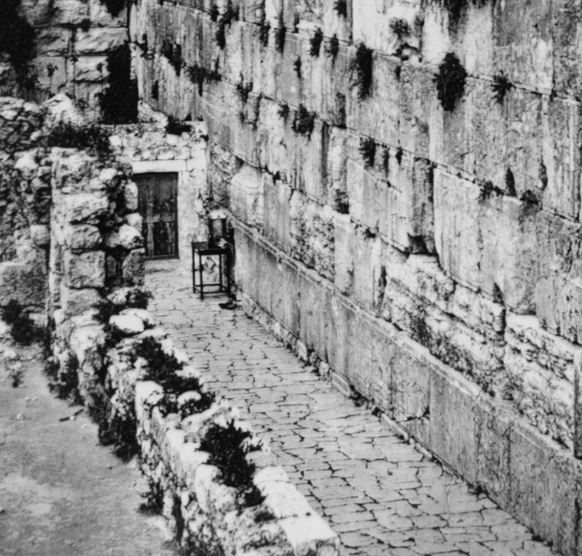 Table at the Kotel

This is what the ornate table looked like when I enlarged the picture. What was sitting on top of it? It was left a mystery for me.

In recent years, I turned my attention to researching and finding photographs for my next book, Secrets of World War I in the Holy Land. I focused on the iconic picture of Gen. Edmund Allenby’s entry into Jerusalem on December 11, 1917, after the Turks fled and the city surrendered to the British Army. Allenby’s declaration of military rule over the city coincided with Hanukka eve. In his reports, Allenby made clear that he recognized the historical significance of the two liberations of Jerusalem thousands of years apart. 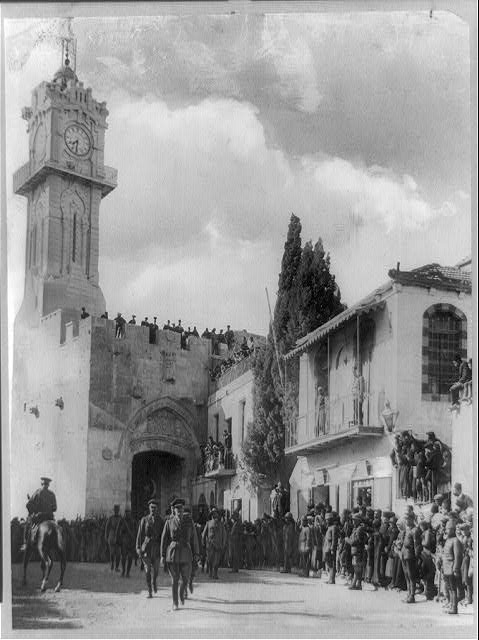 While Allenby left the Old City quickly after the proclamation ceremony, other officers and his photographer stayed longer and even visited the Western Wall, where this picture was taken. 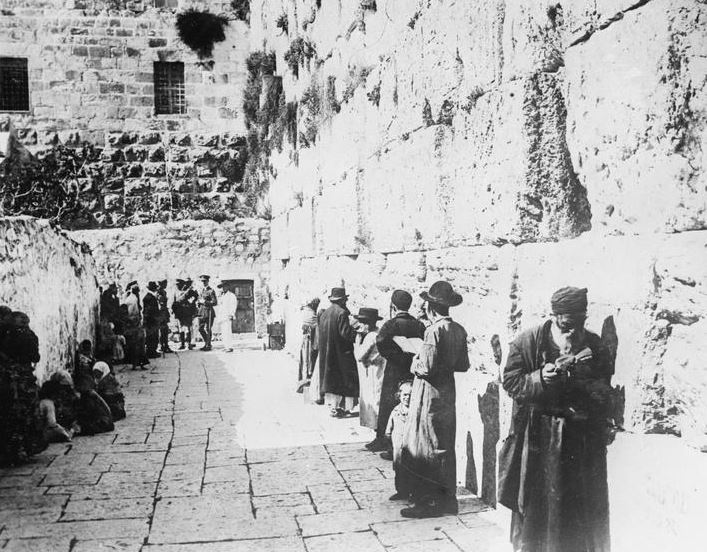 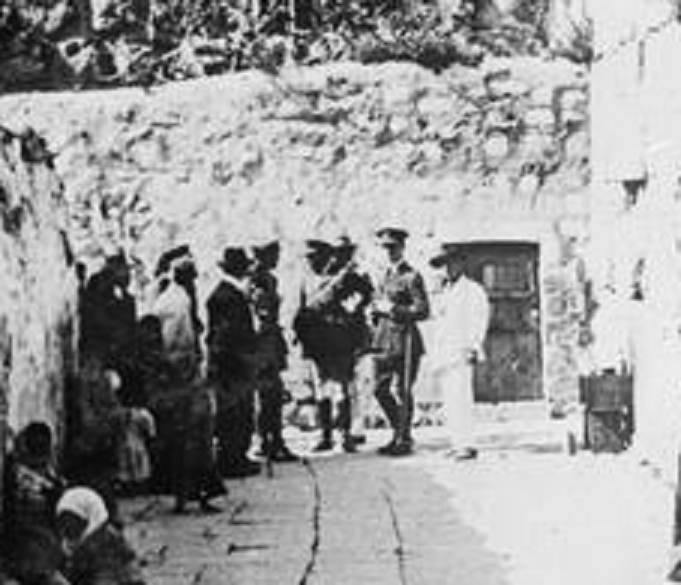 Of course, I enlarged the photo, and I discovered an officer holding a Torah scroll and the table — in the same spot photographed by Frank Good picture 50 years earlier. Is there a connection to Hanukka, which, based on the shadows, would begin a few hours later?

Finally, the definitive answer came when I discovered this picture in the Keystone-Mast collection of a 1933 Hanukka ceremony at the Western Wall. The table is back! 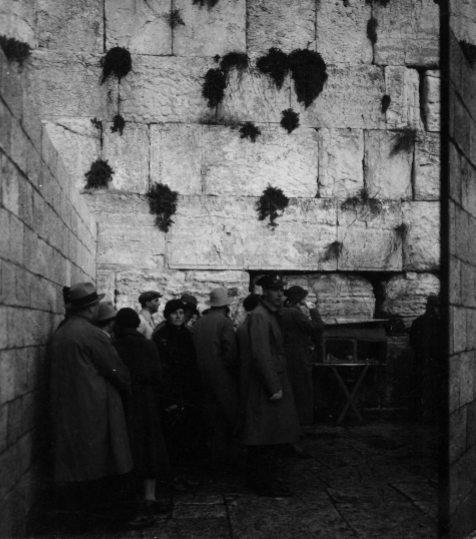 Today, the Kotel Plaza is so much bigger than the narrow alleyway that existed until 1967. And large menoras are on display at the Plaza and throughout the city of Jerusalem.