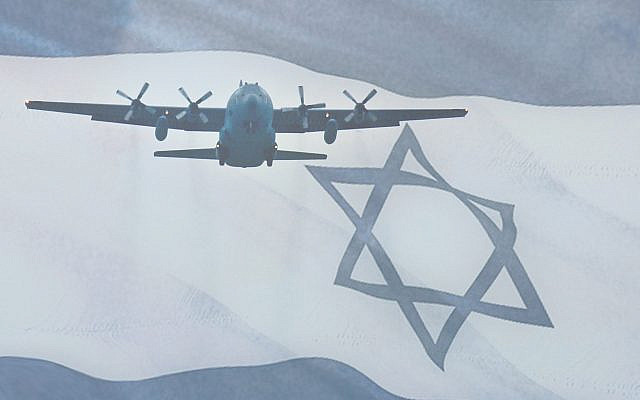 Years ago, in a crowded, warm café just off of Jerusalem’s popular Ben Yehuda Street, I asked our waitress for extra cream for my wife’s iced coffee. The young lady nodded to the affirmative, and shared an Israeli accented “of course” just before she pirouetted back to the counter.

During other trips to Israel we had come to appreciate this crisp, confident, courteous “of course.”  The Hebrew equivalent is “betach.”  It occurred to us that hidden in this quick phrase is a powerful truth about Israelis. It suggested a confidence borne from a reality that you may have no option other than to succeed. Backs to the sea? “Of course” we will rescue our Ethiopian brethren from 2400 years of separation. “Of course” we will stop relying on exporting oranges to become Start-Up Nation. “Of course” we will not submit to vile accusations at the United Nations.

On a rainy night at the Palm Beach Gardens Chabad, we heard Rami Sherman, an IDF Commander, tell his story how back in July 1976 he helped rescue 102 hostages (including 91 Jews) on the now famous Entebbe Raid. The Chabad was packed and without the benefit of a speaker system we strained to hear every one of his compelling words. It was as quiet as a Chabad sanctuary could possibly be!

Rami Sherman looked the part standing tall at the podium in a white, open-collared shirt, and he shared a broad, welcoming smile. His English was excellent.

During the course of the presentation he regaled us with his candid recall of the events we generally knew from books and several Hollywood reenactments. Throughout his chronicling, he recounted  the challenges of overcoming the gut-wrenching fear, the hardships of the long flight over hostile countries and the actual assault. From touchdown to takeoff only fifty-two minutes elapsed. Rami also described the planning and the execution of the flight of the four Hercules C-130’s, precision of the operation and the tragic loss of Yonatan Netanyahu.

Rami’s assignment was to ensure all of those highjacked were accounted for and included on the flight back to Israel. In the darkness and with the chaos of the moment somehow all were found and loaded aboard an empty Hercules. Yes, several passengers had been shot accidently and one had been previously hospitalized in Kampala. Comically, some of the survivors brought along their Air France Flight 139 duty-free bags.

The crew of the highjacked Air France plane, all Christians, had chosen to stay with the Jews who had been separated from others and held in Uganda. Rami told how the pilot had recently passed away and how his family asked for him to attend the funeral in France. In spite of the headlines about French anti-Semitism, here was a welcome reminder that good people are still out there.

Rami is the child of Holocaust survivors and has lived his life on several Kibbutzim, and now lives on one not far from Zikhron Yaakov. To convey that he is secular to the core, he shared that he became a Bar Mitzvah just a few years ago. He closed his speech telling us  that he had begun his trip on the Hercules aircraft as an Israeli, as an elite IDF soldier, as a Zionist, as a Kibbutznik … but he returned to his homeland as “a Jew.”

The Rabbi had introduced Rami observing that not all miracles are biblical. We sat there mesmerized as our hero told us about this miraculous event. My wife and I were drawn back to the “of course” Israeli insight. “Of course” Israel was going to do what was needed to stand up for themselves and to rescue their fellow Jews.

It was the long arm of Israel on display.

Rami received from a loving audience a standing ovation.