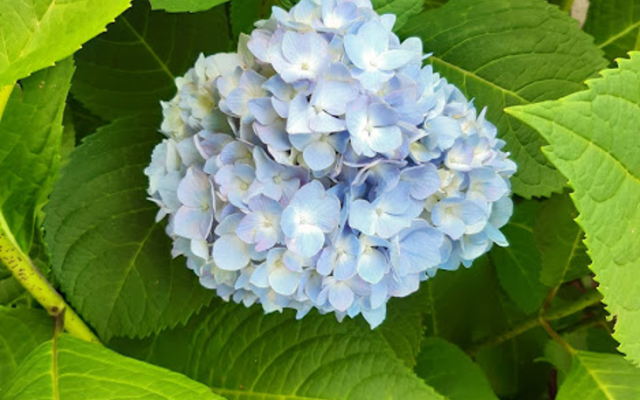 Sometimes we carry our pain quietly, sometimes we share it with others. Either way, it is our heart that hurts and heals, breaks but then loves again, because that is life.

This week is my mother’s birthday. It will always be her birthday, although we will not get to celebrate with her. She would have been 75, but she did not get to that number. It has been 5 years since my mother had a birthday cake, smiled for pictures, and marked another year on this planet. The last birthday she celebrated was her 70th, but I wasn’t able to be there because it was during the school year. She had her cake in the visiting room of a hospital, with as many friends and family as were able to attend. 70 is a good number, according to tehillm (Psalms) 90, the one that we say at the cemetery, the one that reminds us that life is short, and we need to value the time we have been given. It says “The days of our years among them are seventy years, and if with strength, eighty years.” This feels, as my students say, unfair. My mother was the strongest person I know. When she was diagnosed with lung cancer and they planned surgery, the doctors seemed to feel it was not going to be such a big deal; when shortly after the surgery we found out that it had already spread to her brain, the doctors gave her chemo and radiation, but did not think she was going to last so long. She beat their estimations by more than a year, and I am still grateful to the doctor who, because she kept asking when she would see him next, continued to give her appointments over a year and a half later when he saw her in July of 2015. That August appointment was the only one she didn’t make it to, because by then she was really nearing the end. The February of her surgery, her 69th birthday, was the last birthday celebration I made it to from where I live far away, although we did keep going in to spend as much time with her as we could, because how could we know how much time she really had? The truth is, none of us ever do, although we don’t think about that. My father, too, didn’t make it to 75, which he was sad about when he knew things did not look good- 74 was his last number, celebrated less than a month before he passed. But he beat even more odds, first escaping the destruction of our people in Europe, and last by living for over 10 years with lung cancer- which is usually unheard of.

Lately, so many difficult things have been happening in the world and personally, and I keep wondering; why? Why do some people give up, give in to the pain and the illness, the weight on them just too much, while others keep going, holding on with all their might no matter what? What is it that grows resilience, and how can it be nurtured, taught, passed on to those who need it? It’s a work in progress, because I still don’t know.

One thing I do know is how important it is to have a support system, people you can turn to, lean on, when the going gets tough. Being in my community, seeing other communities across the world where people help each other, gives me strength. Sometimes it is hard to ask for help, to open up and be vulnerable, letting others know you’re struggling. But that asking is a form of bravery itself. It isn’t giving up, it is saying we need something that we can’t do on our own, and that’s okay. It is better to reach out for a life jacket to someone who may not even know you’re drowning, as that is actually a very quiet event, than to keep pushing ourselves to swim until we don’t even realize we no longer can.

When someone experiences an acute trauma, a difficult event in their lives, we all seem to understand that we need to be there. This help is there when needed, and then, as the person gets stronger, the community says okay, now you can do it on your own. But there are people with ongoing difficulties who may need help for weeks, or months, or even years. These people have a harder time asking for help, because the asking feels constant. If even temporary sufferers have a hard time requesting what they need, it seems obvious that those who constantly need will, at some point, stop asking, because it seems like too much. We also all have our own lives and challenges, and may be more equipped to help others, to give, at some times- but not others. So when we are in the place of giving; remember that it may be hard to ask, and if you see or hear of someone who may be in need, offer. And when we are in the place of needing, remember what you would have done if only you could, if only you knew, and that so many people want to help who may not even know you need it.

At these times- birthdays, holidays, anniversary of the loss of loved ones- the pain of loss becomes more acute. even if it has been 5 years or 10, or even longer- it sometimes still feels like it just happened. I wish my mother was here to celebrate another year, to answer new questions I never thought of when she could have answered them, to give me a hug, even if long-distance. I want to thank her for all she did for me, apologize for anything I did to her, especially as I grow older and find myself in situations she had to go through.I want to be alone with her memory, and I want to share her- the wonderful things she did like starting a gardening club at her high school, where she worked with kids who did not have it easy, the crazy things like Grandma Rush or the time she stopped for half an hour in the middle of a trip to get a good picture of a bee on a flower, the fun things like going apple picking, to cherry blossom park, or other adventures and nature walks. Actually, I always love when her birthday comes out around Tu B’shvat, the Jewish tree-planting holiday, because of her absolute love for all things growing.  I also loved getting to see her perform in community theater; she was an amazing actress and I wish she could have done it as a job like she wanted to- but her students needed her too. Now that I’m a mom of teenagers, I even understand some of her rules better (the ones I hated then), and wish I could tell her that. But I can’t, so instead I am sharing how can’t believe it’s been four and a half years since I’ve seen her face, heard her voice. I am sharing how I love that she had so much life, wanted to keep going and going (like others I miss), until the end. She worked hard and we had to convince her it was okay to take a break, even to the point that she did not do all she wanted to, go every place she dreamed of–and I am trying to learn from that, too. She wasn’t perfect, and I’m glad- she was real. She loved us and hugged us even as adults, and I love inheriting that from her.

Here I want to thank my support system, people who have offered hugs just when needed, offered a shoulder or an ear even when I didn’t find time to take it, and especially my wonderful husband and children, whom I love so much. To my husband, I couldn’t without you, and to all of my children, I am privileged to be your mother, as I am glad to carry on those traits of my mom that she gave me, even the challenging ones, to learn from :). I am thankful for all of you, and all of the people around me who have helped my heart heal.

About the Author
Mori Sokal is a TWELVE year veteran of Aliyah, mother of three wonderful children (with her wonderful husband) and is an English teacher in both elementary and high school in the Gush Etzion-Jerusalem area. She has a Masters’ degree in teaching, and has published articles in Building Blocks, the Jewish Press magazine.
Related Topics
Related Posts
Comments