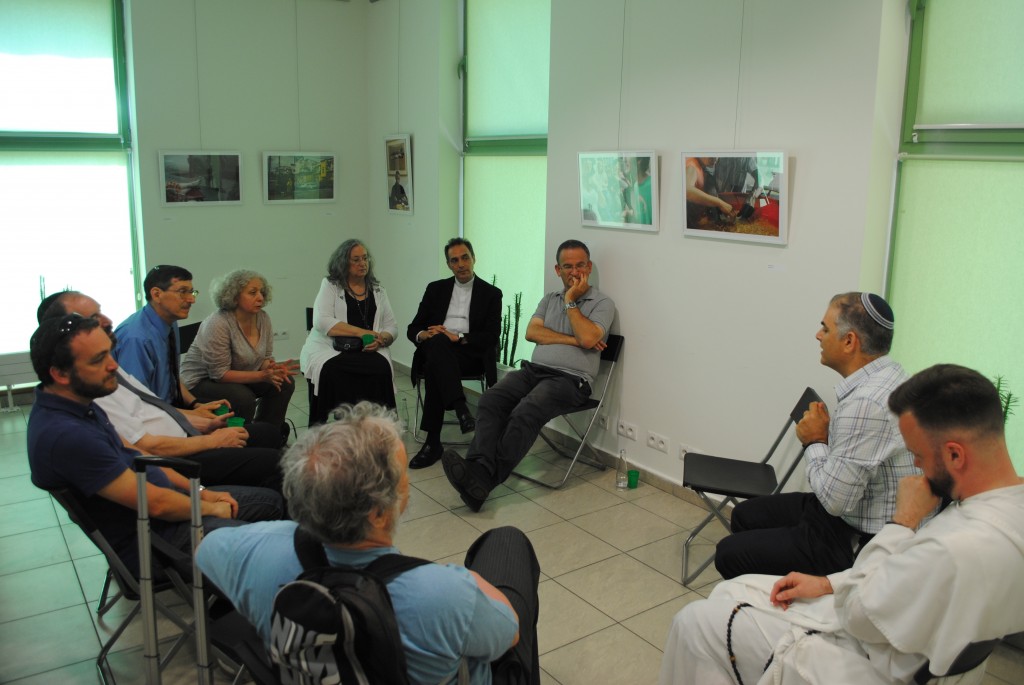 Jews are a quarrelling people; we mostly argue with each other. “Two Jews, three opinions”, is a joke that is so oft-quoted it has become a cliché. Within the Jewish orbit there are religious vs. secular; Zionists vs. non-Zionists; denominational differences; political divides—all of this makes for a lively, even raucous Shabbat dinner table! My colleague Jonathan and I are polar opposites on many Jewish topics but one thing we agree on, indeed one thing almost the entire Jewish people agrees upon (in fact perhaps one of the ONLY things) is that we can’t stand Messianic Jews who believe in Jesus as their savior while at the same time want to be considered part of the fold.

Choose! we say to them. If you want to be Jewish you are welcome; if you want to believe in Jesus—be Christian! But please don’t be both; don’t give the false impression that we condone the idea of being both. To paraphrase Rav Soloveitchik in a famous article called “Confrontation”, we are two ‘faith communities’, we must respect our differences, our theological foundations and let each other worship in our own Synagogues and Churches without confusing the two.

It is with this in my Jewish consciousness that I felt myself shifting in my seat when I met my friend the Priest, together with his friend, (Father) Antoine Levy in the JCC in Krakow. I have written before about my friendship with this priest and I couldn’t ask for a more respectful (and knowledgeable) compatriot. We find ways to discuss each other’s faith communities while always acknowledging the limits of our relationship.

Yet this time he introduced me to a Jew, but also a Christian? A lover of Jesus? We as a people are not proselytizers; we in fact push away potential converts explaining that if you are a righteous and religious gentile you are worthy of spiritual rewards as well. But when we meet a Jew who has drifted far, far away, my rabbinic instincts kick in—I want to bring them back and expose them to the beauty of our faith and tradition.

(A famous joke about an old Jewish woman who climbs the mountain to visit the Guru Baba Ganesh who sits in solitude in the Buddhist Temple. She is told she cannot speak to this holy Buddhist leader, she responds I only have three words for him—“come home Sheldon”!)

So what do I tell this once Jew, now strange admixture, who is interested in me, an Orthodox rabbi meeting with his group founded in Helsinki—all with Jewish roots, all believers in Jesus as their savior? Should I meet with them or perhaps throw them out of the building?

I said, I will meet with the group but they will not like what I have to say. “Wonderful” was his reply, as I got the sense that he was expecting rejection like he had many times before.

As I sat there before 11 men and woman from different countries, different vocations (priests, teachers, historians), dressed in different mixtures of religions (frocks, crosses, magen Davids, Hasidic looking as well as modern looking) I was feeling like I was in the twilight zone. What could I say to them?

Well, the truth I suppose…

“I am not sure you will appreciate me after this talk but I will nevertheless speak my truth. You are all erring in your ways; we have different faiths which have been nurtured over thousands of years and one thing each religion accepts as factual—we don’t accept each other’s religious theology or lifestyles for ourselves! Now we have a sad history of Christian persecution of Jews forcing them to convert out of their faith, but thank God that era has passed and the Church over the last 50 years has made great strides in respecting Judaism and even carving out theological rights to keep our faith and not have to accept a personal savior to still be considered part of the Children of God.

And now you want to confuse this delicate détente by upsetting both Jews and Christians trying to convince two thousand years of separation to make an about face?”

They were not pleased; they fought the point, argued with me, tried to use the justification that they surely were better than secular Jews as they were believers, they wore tzitzit! Prayed three times! Lived a better life than most Jews! Surely that should give them some credence in our community?

“No, your argument is flawed”, I countered. “Judaism is certainly more deed than creed but it is not absent of creed! We believe; many of us, even secular ones, stand firm on our fundamental belief system—God, Torah, Jewish history, peoplehood, and that we do not have a physical messiah who died for our sins and will bring us salvation! You can mimic Jewish life and law as much as you want but as long as you accept Jesus as your personal savior you remain outside of our orbit, and more-so, you run the risk of insulting the memories of the Jews who were murdered precisely for their intransigence in accepting Jesus into their Jewish lives.

I would be remiss if I didn’t tell you to please shed this aspect of your misunderstood theological identity. Come back to your authentic roots and find that there is much to explore while still staying within the boundaries of our world.

I was pretty sure I hadn’t made any new friends during our 45 minute debate/discussion. I felt, however, that they needed to hear this from an Orthodox rabbi who, while living in Poland and having expanded horizons in interfaith and intra-faith interactions, nevertheless, must tell them the truth which is agreed upon by almost the entire Jewish people.

At the end of the meeting however, they thanked me. They explained that they had yet to receive an audience with an Orthodox rabbi and even though they knew they were not going to be pleased with what I had to say, they were appreciative of me giving time to talk.

My experience in Krakow, Poland has certainly stretched my theological comfort zone, and I am grateful for this opportunity. I have met Imams, Catholic priests, ministers, Presbyterians, Franciscans, Buddhists, secular and religious people from all over the world. I always appreciate respectful dialogue as a means of fighting ignorance and xenophobia.

But when it came to this strange hybrid—Messianic Jews—I felt they must hear the truth and seriously consider choosing a side. Of course I would love for them to come back to the Jewish faith but at the very least they must know that we have some theological underpinnings set in stone and they remain part of the building blocks of our treasured faith.