“Every generation has its own cry, sometimes open, sometimes hidden; sometimes the baby himself doesn’t know that he’s crying, and hence we have to try to be attentive to the hidden cries as well.”  – Rav Yehuda Amital, zt’l Rosh Yeshiva Yeshivat Har Etzion and member of the Knesset.

Can you hear them? 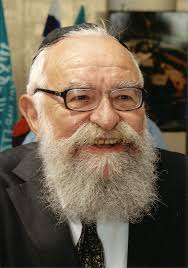 Everywhere, there are invisible people with hidden cries. They are victims of deep injustices and violent oppression. They are the boys who wash our dishes at restaurants and the men who wash our cars. They are the girls who make our hotel beds and the women who serve in our homes. They are the slaves confined by our penal code and the objectified defined by sexual appetites. They are the homeless, spending their days in the shadow of our contempt and their nights in our parks of denial.

Do you hear them?

We are in a precarious time. Years of recession and the rise of a new class of political and economic demagogues has cleaved our nation into haves and have-nots. Welfare—so demonized for the struggling family, the working single-mother, the recovering addict, the refugee—flows plentifully into the pockets of those who have sought to swindle and bankrupt our society. For too long, policies injurious to the vulnerable have proliferated and tragically become normal, leaving a significant void in the capacity for empathy development in the next generation. This generation’s purpose is to rectify this gap, and fill it’s chasm with love towards all of Creation. We must hear the voiceless, see the invisible. 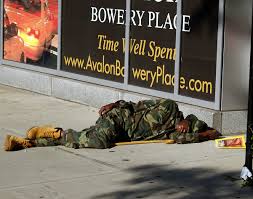 For isn’t it all too true that a person who lacks even the most basic of needs often wishes not to be seen, for any pretense of dependence on greater society is seen as capitulation? There is a deep shame that is felt when a person is at their lowest, without the means to make even the slightest inroads of improving their station of life. This engenders anger, which morphs into shame. And this shame is seen as all the more worse as it clouds the ability for people to reach out for help, to be visible to others that want to help them. It is a bitter cycle. When Nelson Mandela rose to become the first democratically elected President of South Africa, a country marred by a history of injustice the likes modern societies had so rarely experienced, he shared that “As we are liberated from our own fear, our presence automatically liberates others.” It is our duty to take his admonition to heart. We need the courage to see and make seen the victims of injustice among us.

But these words are from another generation, and surely, haven’t we learned much since then?

Do you hear them?

The great Hasidic master Maggid of Mezritch helped introduce the notion of yesh me’ayin– creation out of nothing. In his mystical ways, he taught that helping those who lurk in the shadows is akin to something coming into existence that previously did not exist, providing light to something that previously was unseen; for this is compared to the creation of the universe itself.

One of the primary goals of Jewish spiritual life is to see beyond the physical, to sanctify the unseen, and to elevate matter to a higher plane. This is the meaning of the quote by Rav Amital that adorns this essay: that our task is to hear the unique cries of people who are often torn asunder from normal society, from normal time, from normal life; we need to uncover the hidden cries that call to us. In many ways, the cultivation of this ability to listen and respond is the central goal of religious living.

Without question, Jewish law demands not only that we see but that we be seen—yireh, yai’raeh— in Jerusalem on the festivals (Chagigah 2a). This law is not a relic. It is moral training for our eyes, our hearts; we are to be open and see those who are unseen. Connecting and supporting the unseen is not a distraction from tradition, but its actualization. Greater than lending money or giving tzedakah to a poor individual, the rabbis tell us, is providing partnership (Shabbat 63a). Seeing all people as equal goes far towards treating them with respect and dignity. And we cannot discount those who are different.

Fortunately, we have been granted the abilities to help make visible those who society would deem invisible. We accomplish this by letting the vulnerable seek out succor they desperately need. We offer unconditional love, no judgement of status, only hope. For indeed, only hope and love can bring gleams of solace. Every time we encounter these people who dwell in the shadows, who are ignored and considered as the dregs of society, we must transcend our own pride, our own ego, and bend down to lend a proud, outstretched hand. Some of the most terrifying times in my own life have been when I didn’t really feel like I existed; in these moments, I didn’t feel acknowledged by the world, let alone appreciated or loved. These are times I often reflect on before beginning a mission to help those who are still left to wander the world without guidance and love.

But do we hear it?

I have been fortunate to have the support to get through those times. I know that I am not alone. In having had these feelings, neither am I alone in recognizing the crucial role played by friends and family members to remind me of my visibility and humanity. Our obligations in this life is to not forget the stranger that lurks out of our periphery. Let us be their friends, let us be their family members, and let us be their advocates. As Joni Mitchell sang: “Every picture has its shadows/And it has some source of light” Our charge is to join the invisible in solidarity and partnership: Let us help make their voices heard and their humanity seen.

Let us hear it.