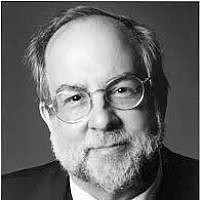 The Blogs
Ed Feinstein
Apply for a Blog
Please note that the posts on The Blogs are contributed by third parties. The opinions, facts and any media content in them are presented solely by the authors, and neither The Times of Israel nor its partners assume any responsibility for them. Please contact us in case of abuse. In case of abuse,
Report this post.

Torah commands: “You shall follow after the Lord your God.” (Deuteronomy 13:5) So the Talmud asks: “God is a consuming fire! How is it possible to follow after God?” It answers: Follow the ways of God.

My teacher David Hartman offered a different answer: Become the fire! Reflect God’s passion, God’s rage, God’s yearning into the world. Ever fahrbrent, learning with Hartman was always an adventure. He thundered. He raged. He exploded. He wept. He burned but was never consumed.

Hartman’s passion rose from his conviction. He perceived the singular spiritual significance of this moment in Jewish history. For Hartman, our emergence from the Holocaust and the rebirth of Israel initiated a new stage, the third stage, in the unfolding covenantal drama of the Jewish people.

The Covenant of the Bible, he taught, liberated human will from the all-powerful God of Creation, and celebrated the capacity of the moral individual to act responsibly. The language of this covenant is Mitzvah.

The Covenant of the Rabbis liberated human intellect and celebrated the power of the covenantal community to define and interpret the meaning of revelation. It speaks in the language of Midrash.

The Covenant of Zionism liberated the will of the Jewish nation to become politically responsible. It celebrates the reestablishment of Israel as a place where Jewish spiritual vision and moral wisdom can reenter the full range of national life. The language of this covenant is the textures and rhythms of Jewish life reborn in its land.

At the beginning of our long exile, in the year 70, a great teacher gathered a circle of extraordinary scholars, teachers, dreamers and poets to shape an old/new Judaism that would sustain this people beyond the catastrophe of the Temple’s destruction. The Yavneh circle struggled with the painful question of a decimated and dejected Jewish community: Without Temple and its rites, without state, without a place in the world, where will we find the Living God?

Now we have reached the end of this exile; we have returned home. A great teacher again gathers us to discover the meaning of this moment and to struggle with the questions of this generation: What are the norms of Jewish participation in history? What shall be the identity of the new Jews who will inhabit and grow in this new land? What shall be the life and destiny of Jews the world over who look to this land as homeland and spiritual center?

I saw him last over the summer. Each summer rabbis from all over the world gather at the Hartman Institute. It was his greatest joy to sit with us and learn. This summer, his health kept him away. Except for one morning, when he appeared in the Beit Midrash during a lecture. He sat for a few moment listening as the brilliant young scholar Micah Goodman laid out a scheme of interpretation of a difficult text. Then from the back of room, he bellowed, “Micah, what difference does this make?” Despite being taken aback by the interruption, Goodman gracefully parried the questions and proceeded with his talk. But Hartman would not be deterred. He bellowed again, “Micah, what difference does this make?” Again, Goodman responded with polite deference. This time Hartman interrupted his answer, and explained, “No, Micah. It has to make a difference. It has to matter now.”

To learn with Hartman was to glimpse all the possibilities of this historic moment. It was to engage the holiness of now.