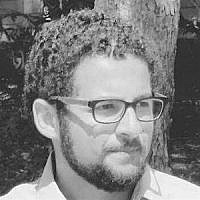 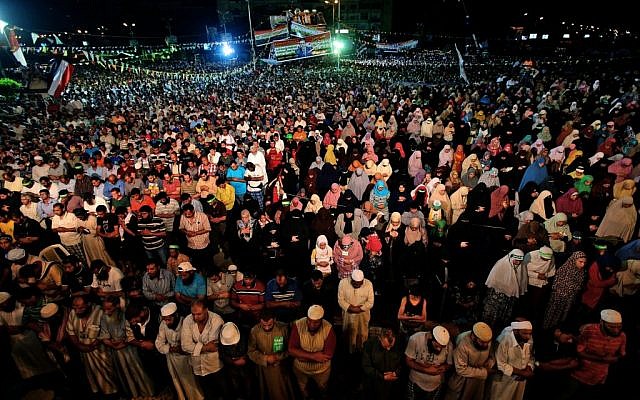 From the days of my early childhood in Egypt, anti-Semitism was not only a common phenomenon, it has been a national characteristic of my country. From Alexandria to Aswan, in every city and small town along the Nile river, anti-Jewish propaganda can be easily found in mosques, bookstores, on the radio, in newspapers and on TV.

Learning to hate Jews starts in Egypt the first moment you learn about their existence and continues long into adulthood. I am so used to seeing Jews identified by the old traditional Middle Ages stereotype as mean, filthy, greedy dishonest conspirators out to cause global chaos and disharmony among the Egyptian people. Bit by bit I learned all the elements and causes of religious and secular hatred of Jews in Egyptian society. I still recall the time when, as a 13-year-old, I got to experience the broadcast of the Ramadan special: “A Horseless Knight,” a TV series watched widely across Egypt telling the story of the Jewish conspiracy to dominate humanity, as recorded in the “Elder’s Protocols.” The TV series spurred a large growth in sales of countless copies of the “Protocols of the Elders of Zion” in Egypt.

Egyptians will be celebrating the holy month of Ramadan until August 7th this year. Little is known in the west about this Islamic festival other than that it is a holy month of fasting. Ramadan is the biggest and longest event in the Muslim world. The holiday is marked by 30 days of feasts and traditional celebrations, which vary depending on the cultural heritage of the country and are tangential to the religion. In some countries, schools and some businesses go on vacation for the entire month. In other countries, work is limited to only 4-6 hours a day.

Muslims and Arabs spend each day fasting, refraining from eating food and drinking water. Due to the usual harsh climate in the Middle East, they spend most of their time resting in the shade. Upon sunset they break their fast in a celebration known as Iftar, leaving the rest of the evening and night to a continuous joyful festival atmosphere with plenty of good food and family reunions and the family TV room is the traditional place for spending Ramadan.

During Ramadan, Arab TV networks offer hundreds of new daily shows starring the biggest actors and actresses in the Arab world, nearly 300 new episodes of Arabic language programs are introduced during the prime viewing month of Ramadan. Most of these programs are produced in Egypt, which was almost the sole producer of Arabic media content until the 2000s, which led to a prevalence of Egyptian Arabic all over the Middle East.

As far as I remember from the early days of my childhood, not one Ramadan season missed the opportunity to introduce some major anti-Jewish documentary or TV series. The biggest hit Ramadan specials in Egypt are usually programs that offer a large dose of anti-Semitism to the Arab appetite.

The Middle East has a mythological mix of nationalism, history and religion unlike anything in the West. National loyalty and history need to be defined clearly and because of the development of the Abrahamic framework of the region, the subject of “the Jews” offers a unique integration of these elements. Ramadan, is the perfect time to celebrate not just Muslim identity but being un-Jewish.

This Ramadan, a new documentary called Khaibar and produced by an Egyptian is being broadcast on a pan-Arab Qatari TV network. Khaibar introduces the audience to Jews being the villains, conspirators out to dominate humanity, enemies of Islam and slayers of prophets, the same themes used to define Jews over and over again to Arab audiences. It portrays the Jewish community living in the Arabian Peninsula during the time of the Prophet as a secret society, only concerned with conspiring against everyone else, including other Jews.

Ramadan specials like Khaibar are designed to remind large numbers of Arab viewers every day for a month that their Jewish neighbors are plotting their destruction. I distinctly remember Ramadan in 2005, when a Lebanese TV series titled The Diaspora Arabs featured a scene in which Jews slaughtered a Christian child for their secret matzah ingredient, the blood of Christians!

Given the fact that Arabs don’t have a strong reading culture, most of the information Arabs depend on comes from television, although lately the internet is becoming more prominent. Because of this, it may not be unusual to find a viewer of The Diaspora Arabs utterly convinced that the Jews eat matzah tainted with the blood of Christians. Unfortunately some Arab TV stations have decided to take advantage of a Muslim holiday to broadcast paranoia, obsessions and illusions.

Ramadan is supposed to offer Muslims a month of spiritual reflection, self-restraint, an opportunity to give charity and empathize with those who are less fortunate. Yet because of those who make decisions on Arab TV networks, this year’s Ramadan offers another dose of unchallenged hatred and historical forgery, planting deeper seeds of Jewish hatred that is all too often becoming an expression of Arab identity in the modern age.

About the Author
Hussein Aboubakr was born in 1989 to an Arab Muslim family in Cairo, Egypt. Hussein studied Jewish and Middle Eastern history and Hebrew literature at the Faculty of Arts and Oriental Studies Department at Cairo University. Persecuted by state police for his research at the Israeli Academic Center of Cairo, Hussein participated in the Egyptian revolution until he was forced to depart Egypt as a political refugee. He now lives in the United States. He is a member of JIMENA: Jews Indigenous to the Middle East and North Africa an organization based in San Francisco.
Comments