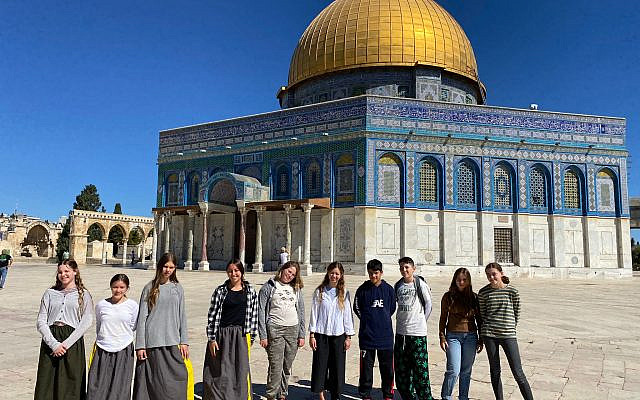 Mount Moriah, The Temple Mount, Al-Haram al-Sharif, The Foundation Stone. This place has many names. It is magical. The golden Dome of the Rock grabs the eye from miles away and has conjured dreams of the city for generations. According to tradition, the rock that is at the center of this holy site was the spot upon which God began his creation of the world. And here Abraham bound Isaac for sacrifice. Here Solomon built the Temple to the One God, the God who has no statue, a revolutionary concept at the time.

After Solomon’s Temple was destroyed and rebuilt, it was here, 2,000 years ago, that a young Rabbi from Nazareth overturned the tables of the money changers shouting that they had turned the house of prayer into “a den of thieves.” 600 years later, according to Muslim tradition, the prophet Mohammad ascended to heaven from that very same rock to receive divine revelation, and two generations later, a dome was built to sanctify that event.

As such, it is a site of universal historical significance, regardless of one’s cultural frame of reference. I love this spot. While it only appears in the news when there is inter-religious friction or violence, any visitor will come away with an overwhelming feeling of peace.

There is, of course, a certain double vision for any Jew visiting here. In my mind’s eye, I can see 3,000 years of history, and feel the drama of biblical Jerusalem. Here, the enormous Temple once inspired awe in masses of pilgrims, with its broad stairs, giant columns and gleaming stone courtyards of progressively forbidding sanctity, ultimately leading to the Holy of Holies, housing the ark of the covenant. The platform on which the Temple stood, the size of 30 football fields, built by Herod the Great, in his massive renovation 2,000 years ago, was the largest structure ever built in the history of the Roman Empire, a civilization known for monumental building projects. How stones weighing tens and even hundreds of tons were moved, set and fit so precisely that the structure does not contain any mortar, boggles the imagination.

But my real-life 21st-century eyes see the vast platform of the Haram al-Sharif, built on the very same spot, with its two domes pointing worshippers towards Mecca. The Dome of the Rock, built by Abd al-Malik in 691 CE is the oldest fully intact religious shrine on the face of the earth. To stand on the Mount of Olives and look down at the Dome of the Rock and the Al Aqsa Mosque is to gaze at precisely the same grand view that the crusader kings saw when they came in conquest a millennium ago.

This summer I took my community’s bar/bat mitzvah class to experience that view and then ascend the Temple Mount itself. I wanted them to share my double vision, to know that they are bound to Jerusalem by a tradition that reaches back to the dawn of history and to feel that their obligatory middle school bible studies actually have a real-life setting. But I also wanted them to know that this very same site is sacred to three religions, and our presence in Jerusalem obliges us to honor that.

The kids loved it. They dressed modestly, were quiet, scrupulously polite, and cautiously fascinated, snapping pictures, listening to explanations, and taking in the sanctity of the place in a way that only a first-time visitor can. One feels very small in a place like this. These stones have borne witness to so much history, so many prayers, so many tears, and unfortunately, so many battles. I know that there are Muslims who believe that I have no business visiting here, and there are Jews who believe the same of them. I do not want to engage in a game of historical whack-a-mole about such a sacred spot. I want to feel at one with the Creator and with my fellow human being and dream that what has been broken can be repaired.

Perhaps the physical Temple need not be rebuilt, but if this mountain can become a place of universal pilgrimage, of shared narratives among different peoples, of looking beyond our tribe to the miracle of our life in this world, it will be an act of rebuilding even greater than Herod’s.

About the Author
Bill Slott is a licensed Israeli tour guide who has hiked and biked the length and breadth of the country. Bill is a member of Kibbutz Ketura, where he has lived since 1981 with his wife and three daughters. 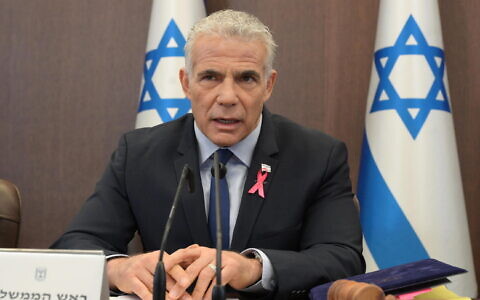 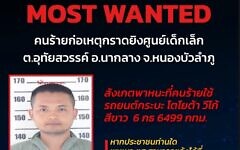 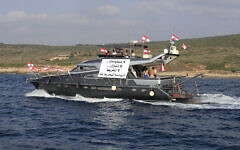 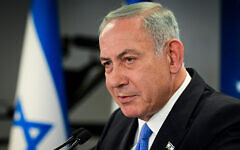