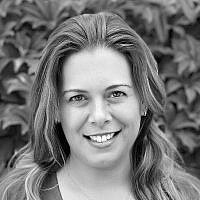 The Blogs
Sara Galico
Apply for a Blog
Please note that the posts on The Blogs are contributed by third parties. The opinions, facts and any media content in them are presented solely by the authors, and neither The Times of Israel nor its partners assume any responsibility for them. Please contact us in case of abuse. In case of abuse,
Report this post. 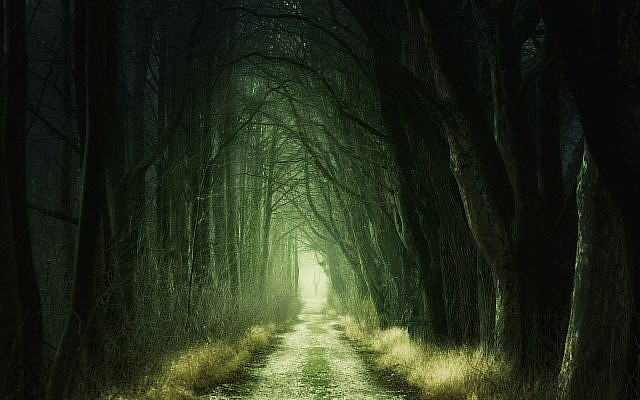 As a kid, I never understood the Brothers Grimm’s intentions for telling tales with such stark rawness. Today, from an adult perspective, I get that they reveal the evil nature of humanity. They have a universal meaning and teach us that some situations that are disguised as kindness, can quickly turn into abuse. Due to its universal character, I dare to make the following interpretation and comparison with the ruthless story of Hansel and Gretel.

In the story, Hansel and Gretel were poor and hungry children. After the death of their mother, their father remarried an evil stepmother who managed to convinced him to abandon the children. In the evening, the adults prepared the kids to go for a walk in the forest. The kids were smart, so they left crumbs of bread along the way to prevent being lost. They built a fire and fell asleep by the firelight next to the warmth of their dad and the evil stepmother. The next morning they woke up to find out that they were left to fend for themselves. 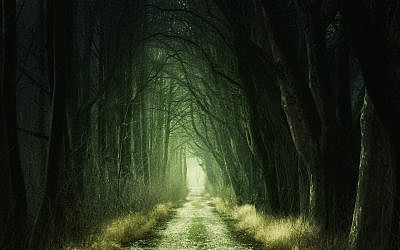 They desperately sought their return home, which they did not find because the pigeons ate the crumbs they left on the road. They were left hungry, cold, and afraid. Scared of animals, of the night, of fate, of abandonment. They wandered around for hours when suddenly they found the house made of bread with sugar windows. Hansel and Gretel were innocent, trusting, and unaware of the risks of entering the home of a stranger who appeared to have good intentions.

The rest is history… The delicious food, the slavery, the cage, the chicken leg, and the oven …

The American Jewish community has always been a foundation stone of the United States. Those immigrants, who came from Europe and the Middle East as refugees, escaping poverty and / or religious persecutions, settled and created affluent and socially integrated communities and contributed to the American cultural and religious mosaic. They achieved a real emancipation, and although it has not been a path paved of milk and honey, they lived in peace for generations. They grew, they multiplied and strengthened, and they highly contributed to building a nation endowed with principles of tzedakah and tikun olam.

Jewish communities in America were never exempt from anti-Semitism. However, everything indicated that they lived in an exception to the historical rule of persecution, violence or terrorism endured by other Jewish populations in the world.

But one day, in Charlottesville, Virginia, the world heard a group of white nationalists cry out in tune: “Jews will not replace us!”. And months later we witnessed the anti-Semitic attacks in Pittsburgh … and a year later, in Poway, California … and then in New Jersey.

And with these ruthless acts of hatred and terrorism, American Jews found themselves vulnerable. It seems like the exception has ended and with the pain of these hate crimes they woke up to a historical reality that reached them. Like Hansel and Gretel, they woke up in the forest, with threats coming from the animals that call themselves “white supremacy”.

Today Jews in the United States face uncertainty to the night … and mainly to the abandonment. Because the system that sheltered and protected them for years is now disappearing. Anti-Semitism grows exponentially on social networks, in the mass media, on university campuses, in schools, and on the streets.

So they desperately seek refuge in the liberal values of the Democratic Party, where they traditionally found a home and a voice of unity. But they realize that the crumbs of these values ​​are disappearing, and gradually, the silence and indifference to their suffering is multiplying. They then approach the radical left, and find the bread house with sugar windows that invites them to belong. The old witch asks them to enter, but in return, they have to leave their love and solidarity to Israel at the door, erase their acceptance of  Zionism, and declare their affiliation to the Palestinian people (including the radical factions that swear for the destruction of the Jewish State). The old witch offers them hot chocolate and tells them stories: “Israel is the genocidal villain who must be delegitimized with boycotts, divestment and international sanctions ”…. “Jews have privileges, and they partner with the white supremacy, to perpetuate systemic racism and oppression of minorities. ”…

Those who know world history, understand that the bread house with sugar windows that forces you to leave your religious, ethnic and national identity in order to enter, is a dangerous place that will imprison you in a cage to “fatten” your sense of belonging and later, it will devour you.

Because of the tales of the Brothers Grimm, we learn that many times it is wiser to stay in the forest despite the cold, the night and the threats of evil animals. And perhaps, if you stay there, you will find other allies who can really help you. Or maybe, if you stay in the forest you can find remnants of those breadcrumbs that will bring you home. Or maybe you can even grow stronger, and shake off the feeling of abandonment to build a strong wooden house that protects you from evil. Learn to hunt and navigate the threats of this new world. This last alternative requires courage, determination, strength and identity. In recent years, the American Jews woke up to a reality that is placing them at this crossroads. And the decision they´ll make – individually and collectively – will be decisive for the future of this great Diaspora community.

I close my eyes and imagine them standing outside that bread house with sugar windows, deciding whether to knock on the door …

About the Author
Sara Galico was born and raised in Mexico City, where she received her BA in International Relations from the Universidad Iberoamericana. For fifteen years she has been fighting prejudice, discrimination, and anti-Semitism. She has worked with schools and communities in Southern California and Mexico, helping them in creating safe and inclusive environments. She is a passionate educator and writer. She is a member of the World Jewish Congress JD Corps.
Related Topics
Related Posts
Comments