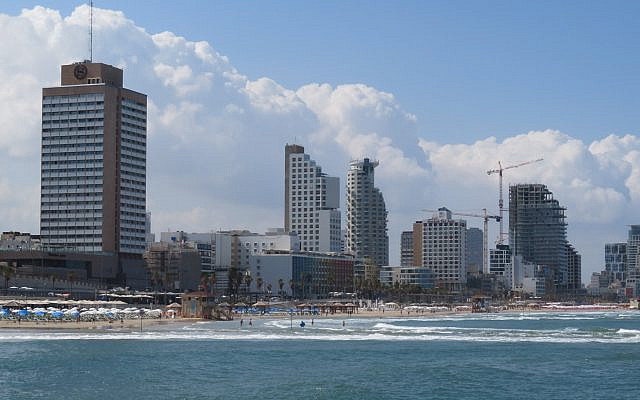 I am 100 percent Arab, and all my known ancestors are Arab, some from Egypt, some from Syria, and some from Lebanon.  So I am not Israeli at all, and the history of Israel, ancient or modern, is not mine.

If I were Israeli, however, I would be proud.  Proud that my people dared to resurrect a homeland from the still burning ashes of the past.  Proud that we stood our ground and never allowed our many enemies to make us feel weak, small, or inadequate.  Proud that despite the world’s disapproval, my nation is still here, still successful, still democratic, still egalitarian, and still ethical, even if no nation around us is any of those things.

Yes, if I were Israeli, I would be very proud.

I wrote this at a time when I only wanted to see and hear good things about Israel. I have changed since then. I now see the extremism among some Israelis and the unfairness of some Israeli policies or actions towards Palestinians and even sometimes towards Israeli Arabs.

Israeli settlements in the West Bank are unfair, not because Jews shouldn’t live in the West Bank, or anywhere they please, but because the Palestinians cannot do the reverse. They cannot go and build a settlement somewhere in Israel. So, while I recognize that Jews were expelled from the West Bank in the past, and therefore building homes there can be seen as reclaiming stolen land, I also recognize that Palestinians who lost their homes in Israel cannot rebuild them.

While Israel is a great country for its Arab citizens, and they have far more freedom and opportunities than they would if they lived in an Arab country, their rights are not perfectly equal to Jewish citizens. While any Jewish person anywhere in the world can immigrate to Israel under the Law of Return, Arabs, including ethnic Palestinians, cannot.

There are many other examples of unfairness that I could mention, and yet despite all of them, when I read that post that I wrote in November 2014, I agree with every word. I would absolutely be proud to be Israeli, regardless of whether I were an Arab Israeli or a Jewish Israeli.

Why the contradiction? Well, there isn’t really a contradiction. Despite its faults, Israel is still far more democratic, far more just, and far more respectful of life and human rights than its enemies (which include my native country Lebanon). In fact, the behavior and ethics of this small nation that is often threatened and attacked, compares favorably to even large nations that are rarely if ever threatened or attacked.

Criticizing Israel is fair because Israel isn’t perfect. It is fair to point out where it could do better. What is not fair, however, is to demonize Israel because of its flaws, and yet that is unfortunately what many so-called pro-Palestinian activists often do. They take some Israeli actions or policies out of context, they ignore far worse actions or policies by Israel’s enemies, and they convince the idiots, the bigots, and the naïve to hate Israel and even the Jews.

Let’s take Israel’s Law of Return for example. While it is technically unfair, it is completely justifiable in a world where antisemitism is still a huge problem, and where Jews need a country that will always welcome them even if all other countries reject them.

But even Israeli policies and actions that are harder to justify, such as the settlements in the West Bank, the mitigating factors are significant. One such factor is the fact the Jews were forced to leave practically every home they had in the Arab world, including the West Bank.

And ultimately, whether Israeli policies and actions are completely justifiable or not, the only fair way to judge them is by using the same standard that is used to judge Israel’s enemies. No country is perfect. No country can be expected to be perfect. Yet many people place that expectation on Israel and on Israel alone. Someone who judges Israel in that way is a bigot and a hypocrite and should be denounced as such.

Unfair criticism of Israel, however, is the norm rather than the exception. We see it every day on social media and sometimes in the streets of our cities, especially when Israelis dare defend themselves as they did in the latest Gaza war. Hatred of Israel then reaches a fever pitch and it openly exposes its true nature, which is antisemitism. That extreme and unjustifiable hatred that Israelis must bear every day is further reason to be proud to be Israeli.

On my November 2014 post, Caitlyn Martin, an Israeli-American, commented, “I am very proud of what my father and other members of my family did in 1948-49 and what my family is still doing in Israel. Just living their normal lives is a gesture of defiance in a hostile world.” Indeed, it is, and those of us who believe in fairness and justice, even if we live far from the Middle East, would be very proud to be Israeli.