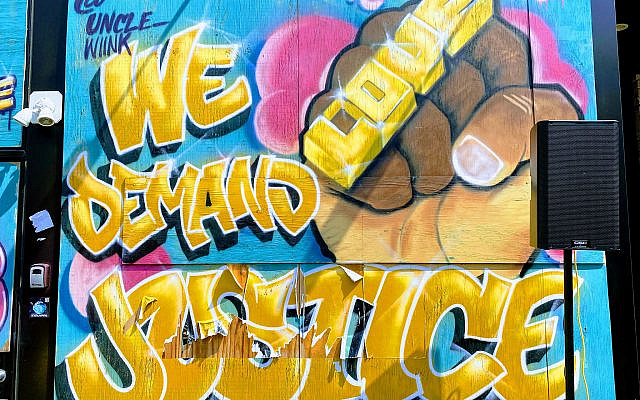 This week, I read in the Washington Post that parents are suing a Reform synagogue in Washington, D.C. because one of its teachers is said to have sexually abused 14 toddlers.

Normally, you’d expect people to be shocked by such things, but unfortunately, these days, there is so much depravity in this world that many people are almost numb to it. In this case, the school is claiming that it is not legally responsible because the parents signed liability waivers—a defense that is morally outrageous. Per the Post:

The school’s attorneys argued that, in the paperwork parents signed, they gave up their right to sue.

Obviously, common sense dictates that a liability waiver for school activities is not meant to cover sexual abuse of its students. As Asher Lovy, Director of Community Organizing at ZA’AKAH states:

For a school to claim, essentially, that being sexually abused is a regular function of a child’s school experience is not only shocking but indicative of exactly the kind of culture that leads to those kids having been sexually abused.

While the school claims they were “horrified” and “sympathize,” they don’t want to actually take any real legal responsibility. That is not teshuvah—”to make things right”!

Whether or not the parents win their lawsuit against the school, we can take comfort in our belief in G-d’s goodness and ultimate justice. We can be sure that in the end, Hashem will give the leaders of this school back their liability waivers and make sure that the fires of Gehenom are especially hot for them as they go down with their denials of responsibility and lack of real regret.

Of course, for Rosh Hashanah, we want to forgive others and hope that, in that vein, Hashem forgives us for our weaknesses and foibles. At the same time, we have to do our part to try to genuinely do teshuvah and seek to do good in this world. Just saying empty words like “sorry” doesn’t fool anyone, and especially not the G-d of Heaven and Earth.

In the book, Rabbi Avigdor Miller on Emunah and Bitachon, the distinction between lies and truth is made clear to us. In the Hebrew word sheker (falsehood), all the letters stand on one leg, but in contrast, in the word emes (truth), all the letters stand on two legs. This is because falsehood, like insincere teshuva, does not stand (i.e. you’re not really fooling anyone), while truth stands tall and is recognized, if not by man, then certainly by G-d, and justice will be done.

Today in shul, the Chabad Rabbi told a great story about the miser who dies and goes before the Heavenly Court. The angels come forth and accuse the man before G-d Almighty, saying that he was a miser and didn’t give charity to the needy. The man is perspiring and thinking quickly. He says, “It’s not true. There once was a poor person that came to me asking for help, and I gave him a nickel.” The angels turn to G-d, not knowing what to do. The man gave a nickel to charity, so now what should they do with him? G-d answers and says, “Give the miser his nickel back, and then send him to Hell.”

Not that we wish anyone to go to Gehenom or to lose their portion in Olam Habah (the future world), but at the same time, we do firmly believe that there is true Divine justice by the Almighty (even if not always by our court system), and that if we don’t do good and work at perfecting our deficiencies as is our purpose in Olam Hazeh (this world), then we will suffer the consequences in the World to Come.

As we approach Rosh Hashanah this Sunday night, the proverbial righteous image we are supposed to have in mind is that we stand ready to acknowledge our mistakes, take responsibility for them, commit to never doing them again, and ask Hashem and our neighbors for forgiveness.

If our repentance is sincere and true, then we have a real chance one day to enter Heaven and to have a blessed life on earth as well.