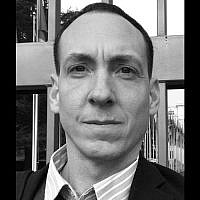 The Blogs
Brian L. Cox
Apply for a Blog
Please note that the posts on The Blogs are contributed by third parties. The opinions, facts and any media content in them are presented solely by the authors, and neither The Times of Israel nor its partners assume any responsibility for them. Please contact us in case of abuse. In case of abuse,
Report this post. 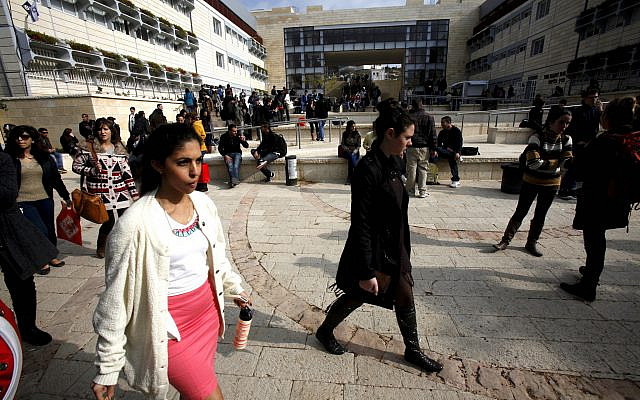 Students at the Ariel University Center of Samaria, December 25 2012. (Flash90)

The 15th Annual Minerva Conference on International Humanitarian Law got underway this morning and runs through Wednesday. Like many such events across the globe over the last several months, the conference has been moved to a virtual format due to the COVID-19 pandemic. However, the virtual format is not the only unusual feature of this year’s conference.

This past Thursday, conference participants received an email from the head of the legal department for the International Committee of the Red Cross (ICRC) providing notification that the ICRC is withdrawing the organization’s co-sponsorship of the conference. And the justification for the withdrawal? A ‘speaker affiliated with Ariel University’ in the northern West Bank area is included ‘in the conference program’.

The decision to withdraw organizational sponsorship comes as quite a surprise to conference participants. In fact, we received an email with the ‘final’ conference program that still listed the ICRC as a co-sponsor just a week earlier. The withdrawal is even more surprising considering that the decision was made by the ICRC ‘after initially having approved this speaker’s participation’.

The explanation for the decision to withdraw sponsorship that was provided by the ICRC is that ‘sponsoring the conference in its current format did not conform with the ICRC’s longstanding public position that the Israeli settlement policy in the West Bank amounts to a violation of International Humanitarian Law, in particular of Art. 49(6) of the Fourth Geneva Convention of 1949’. Notwithstanding that this ‘public position’ is founded upon, at best, a questionable interpretation of the 1949 Geneva Conventions (as an international law practitioner and scholar, I would encourage the ICRC to focus more attention on Common Article 2 of the treaties), the decision to withdraw sponsorship of a conference simply because a presenter is affiliated with an institution located in ‘occupied’ territory is simply indefensible.

As the self-described ‘guardian’ of the law of armed conflict, the ICRC as an institution would be well advised to steer clear of becoming entangled in the political sensitivities involved in the Palestine-Israel conflict – or any other conflict, for that matter. If they refuse to do so, governments of countries such as Israel and the United States that do not endorse the ‘public position’ of the ICRC should reconsider whether the close alliance with this ‘impartial’ organization continues to be in the strategic national interest.

As an assigned commentator for a conference session, I will refrain from criticizing the ICRC decision during the conference since such criticism would distract from the scholarly discourse the conference is intended to encourage. However, the decision by the ICRC to withdraw sponsorship and the justification provided for doing so should be the subject of public awareness.

The intent of sharing my opinions and perspectives regarding the ICRC sponsorship withdrawal is not to express an opinion one way or the other regarding the longstanding Palestine-Israel debate. (My impression is that most people on both sides of the divide would object to my own personal perspectives on the matter.) Regardless of one’s perspectives on the ongoing conflict, the decision by the ICRC to withdraw organizational sponsorship of the 15th Annual Minerva Conference on International Humanitarian Law demonstrates that the institution should not be considered to be or treated as a neutral and impartial observer in the area in the future. This is a development that should not escape public attention.