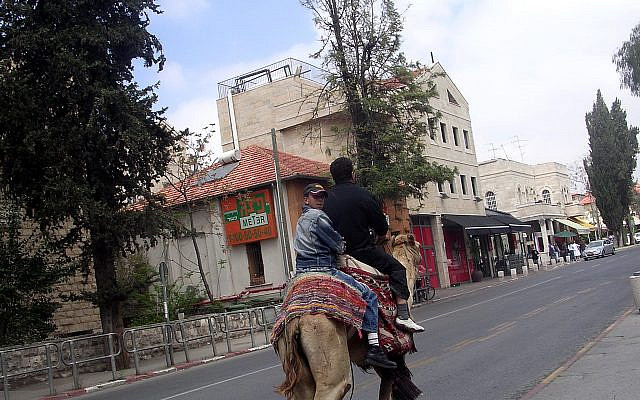 In Parshat Vayera, Avraham performs many acts of chesed, loving kindness. As soon as he sees three strangers (who are really angels) passing by, he rushes to greet them, feed them and make them feel comfortable.  One act of chesed that we may overlook is that when Avraham sends off his guests, he personally escorts them out. As we see in Breisheet 18:16 “The men set out from there and looked down toward Sdom, Avraham walking with them to see them off.”

The Rambam in Hilchot Evel (Laws of Mourning) 14:1 teaches:

The reward for escorting a stranger is greater than any reward. It is a practice introduced by our father Abraham, a way of kindness which was habitual with him. He served food and drink to wayfarers and escorted them. Hospitality to wayfarers is greater than welcoming the Divine Presence, as it is written in Breisheet 18:2: “He saw three men … he ran to meet them.” Escorting them is even greater than receiving them. The rabbis taught in the Talmud, Sotah 46b: “Anyone who does not escort his guests is almost guilty of bloodshed.”

Local residents are compelled to provide escorts for wayfarers just as they are compelled to contribute to charity. The court used to provide agents to escort any person who would pass from one locality to another. Those who shirked this duty were regarded as if they shed blood [because of the dangerous roads]. Even if one accompanies another the distance of four cubits, he will be amply rewarded.

What is the reason for this extra layer of hospitality?

When guests see that the host is going out of his or her way to escort them, even after their visit is over, they are made to feel that the host was sincerely happy to have them over.

Radak explains that Avraham walked to see them off, to keep them company for a while, to accompany them. The Torah teaches good manners, that one should not dismiss a guest abruptly, but by walking with him indicates that one regrets the time had come to part from one another. The rabbis taught in the Talmud, Sotah 46b that the distance one should accompany a guest from one’s house is a mil (1.2  kilometers).

The Talmud, Sotah 46b explains the importance of the mitzvah of providing an escort:

A Braita stated: Rabbi Meir would say: We compel a person to escort his fellow from the city. For the reward for fulfilling the mitzvah of escort is without limit. As it is written (Shoftim 1:24) “And the watchers saw a man leaving the city, and they said to him, ‘show us now the approach to the city and we will deal kindly with you.’” And it is written: “And he showed them the approach to the city.” And what act of kindness did they do with him? They killed the entire population of that city by the sword, but that man and his family they sent away unharmed, as stated by the verse there.

The man who had shown them the way went and built another town. This town was Luz which was not destroyed by Sancheriv or Nevuchadnetzar.

The Braita concludes: If the C’naanite, who did not even speak with his mouth and did not even walk with his feet but merely pointed out the approach to the city caused salvation for himself and his descendants to the end of time, then one who performs the mitzvah to escort with his feet by actually walking the traveler, how much more so is he worthy of unlimited reward.

Rabbi Aryeh Levin z”l whose life story is documented in the book “A Tzadik in Our Time” was especially known for escorting people in the streets of Jerusalem.

May the time come soon when we can once again safely host and be hosted, giving us the opportunity to perform the  extra layer  of chesed to respectfully escort our guests at the end of their visit.