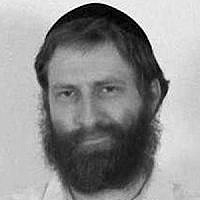 The Blogs
Daniel Isaac Abraham
Apply for a Blog
Advertisement
Please note that the posts on The Blogs are contributed by third parties. The opinions, facts and any media content in them are presented solely by the authors, and neither The Times of Israel nor its partners assume any responsibility for them. Please contact us in case of abuse. In case of abuse,
Report this post.

Mark Ruffalo is an actor best known for playing the role of The Incredible Hulk in the Avenger film series. One can see from Ruffalo’s busy Twitter page that he spends a good amount of time focusing on a variety of causes and issues. Unfortunately, an analysis of Ruffalo’s tweets also reveals his very unhealthy obsession with the State of Israel.

Blumenthal, whose page Ruffalo follows on Twitter, posted an article discussing Benjamin Netanyahu’s recent video in which the Israeli Prime Minister decries Palestinian President Mahmoud Abbas’ demands for the ethnic cleansing of Jews from the West Bank as a precondition for any future Palestinian state. Blumenthal tweeted, “US rebukes Netanyahu’s “ethnic cleansing” video with stern words and more [money] to carry out actual ethnic cleansing.”

Now first off, Blumenthal’s tweet is an outright lie. Israel has nearly 2 million Arabs who live side by side with Jews in Israel as full citizens. Furthermore, the Palestinian population has actually doubled over the last twenty years, and their cities and areas of habitation have greatly increased in size. All claims of ethnic cleansing or genocide are patently false. Abbas on the other hand, aside from his incitement to murder Israelis, is demanding that any future Palestinian state be Judenrein.

One would expect these types of false Jew-hating tweets from Blumenthal, who calls for the destruction of the state of Israel and whose writings convey rabidly anti-Semitic ideas. But one has to wonder what on earth Mark Ruffalo was thinking when he chose to retweet this incitement from Blumenthal. Why would Ruffalo want to be associated with anything from Blumenthal, who only recently faced widespread condemnation for his bashing of Elie Wiesel just hours after the Nobel Laureate passed away.

However, given Ruffalo’s history of attacking and vilifying the state of Israel on his Twitter account, this retweet is not surprising in the least.

Going back to the Gaza War in 2014, Ruffalo showed his one sided condemnation of the Jewish state while giving Hamas a free pass.

In one instance, he maligned Israel, tweeting, “Sorry, I thought blowing up Hospitals was something that all human beings could agree was off limits.”

@joelakayaki @markruffalo Sorry, I thought blowing up Hospitals was something that all human beings could agree was off limits.

What he was referring to was Gaza’s Al-Wafa Hospital, which was emptied of all patients and staff on July 17, 2014 and which Hamas had been using as a command and control center. Hamas had repeatedly used the site to launch attacks against Israelis, and the IDF was finally forced to return fire, hitting parts of the vacant hospital to stop the attacks. Apparently in Ruffalo’s world, Israel doesn’t have the right to defend itself when terrorists attack them from an empty hospital.

When a Twitter user wrote that Hamas uses Gaza’s people as human shields, Ruffalo responded, “Do you honestly think these people, these fellow human beings, would use their own children as shields? Use your heart.”

@LaneShari1 Do you honestly think these people, these fellow human beings, would use their own children as shields? Use your heart.

Had Ruffalo done any research about Hamas, who regularly call for the genocide of all Jews on earth, he would have found numerous videos in which Hamas themselves proudly admit their use of human shields. Unfortunately, when it comes to bashing Israel, it’s much easier for Ruffalo to tweet first and ask questions later.

In August of 2014, Ruffalo helped spread the lie that Hamas wasn’t responsible for the murder of the three Israeli teens Naftali, Gilad and Eyal.

“Wow. It Turns Out Hamas Didn’t Kidnap and Kill the 3 Israeli Teens After All,” he tweeted.

Wow. It Turns Out Hamas Didn’t Kidnap and Kill the 3 Israeli Teens After All http://t.co/WpqHckSErT via @intelligencer

This false headline was used by Israel haters who wanted to paint the Jewish state as the unprovoked aggressor who was to blame for starting the Gaza War (never mind the fact that Hamas had fired over 14,000 rockets at Israel over the last 10 years).

Soon afterward the truth came to light that Hamas had in fact claimed responsibility for the three teens’ murders. Actor Josh Malina, an Israel supporter known for his roles in “West Wing” and “Scandal,” tweeted to Ruffalo “Please RT @MarkRuffalo, you helped spread a lie. Now help get the truth out:”

Please RT @MarkRuffalo, you helped spread a lie. Now help get the truth out: http://t.co/Mdx8Wjq2xb

Ruffalo however never corrected the lie he helped spread, nor did he delete the offending tweet.

Ruffalo later tweeted an article entitled “Restrictions on freedom of movement take a toll on women in the Gaza Strip.” The article complained how the Israeli blockade was harming women’s rights in Gaza.

International Women’s day “Restrictions on freedom of movement take a toll on women in the Gaza Strip” https://t.co/kuEOSOqoQT @Gisha_Access

Strange how Ruffalo chose to post an article that glossed over the brutal oppression of women under the Hamas regime while trying to blame Israel as a major cause for the lack of Arab women’s rights.

Another exchange on Ruffalo’s twitter account revealed him harboring anti-Semitic beliefs. When twitter user Yadira Carranza compared Israelis to the Nazis, Ruffalo’s response showed that he had no problem with this racist comparison.

Carranza first tweeted “@MarkRuffalo seems that the Israelites were already forgetting the Holocaust, I am not antisemitic, but many children are dying@dailykos”

Another user chimed in ” Those are not israelites. Please don’t disrespect me and my ancestors like that. Those are israelis. Not israelites”

@yadir_carr @MarkRuffalo Those are not israelites. Please don’t disrespect me and my ancestors like that. Those are israelis. Not israelites

Carranza replies ” Ok, an apology was a mistake.”

Ruffalo replied to this exchange,
“” Ok, an apology was a mistake.” Wow, that’s commendable and beautiful””

In other words, Ruffalo was pleased that Carranza distinguished between comparing Israelis to Nazis and comparing Israelites to Nazis. These types of comparisons between Israelis and Nazis are some of the most blatant forms of anti-Semitism out there today (in fact Max Blumenthal made the Simon Wiesenthal Center’s top ten list of anti-Semitic slurs for doing just that). Yet Ruffalo didn’t blink an eye to this characterization and instead found it “commendable and beautiful.”

In one exchange, Ruffalo offers Israel his own suicidal solution to the conflict. In response to a Twitter user’s attempts to explain the dangers of Hamas, Ruffalo responded, “How about one state? How about solve your differences democratically? Instead of relying on military, rely on people?”

@RealBradWesley How about one state? How about solve your differences democratically? Instead of relying on military, rely on people?

In other words, Israel should just open up its borders and finally live in peace with Hamas. Allowing thousands of terrorists into the country will probably make them stop hating Jews, right?

Much of Ruffalo’s news about Israel comes from far left anti-Israel websites. Ruffalo has posted articles from rabidly anti-Israel sites such as Mondoweiss, and has shown an affinity for the Dailykos, a site that has been called out for its anti-Semitic articles and comments in the past. One such Dailykos article that Ruffalo posted was entitled, “WSJ Bombshell–Bibi Conspired With Congress To Vote Against Iran Deal.”

At the top of the article is an anti-Semitic looking caricature of Netanyahu, followed by a total misrepresentation of the original WSJ article. Among other attacks against Israel, the Dailykos article painted the Israeli lobbying efforts against the Iran deal as ” a foreign government can BRIBE members of Congress.” Yes, it seems that when every other country, corporation, or organization lobby the US government that’s fine, but when Israel does it, it suddenly becomes bribery.

In another tweet Ruffalo shares an article entitled “Empathizing w/ Gaza does NOT make me antisemitic, nor pro-Hamas or anti-Israel. It makes me human.” The article, which of course attacks Israel, was written by BDS supporter David Harris-Gershon, a man who brought presents to the family of a Palestinian terrorist whose bombing badly injured Gershon’s own wife and killed two of her friends.

Empathizing w/ Gaza does NOT make me anti-Semitic, nor pro-Hamas or anti-Israel. It makes me human. http://t.co/RG7cMZHonB via @dailykos

The article dealt with an interview given by two Israelis whose opinions are on the far fringes of the Israeli left. The interview was conducted by Amy Goodman, a journalist who even the far left Israeli political party Meretz has described as someone who “consistently examines only one side – the damage done to Palestinians and their supporters,” and “extreme anti-Israel bias makes it impossible for her to be a fair and credible source of news and analysis relating to Israel.” This is the mainstream news on Israel in Ruffalo’s world.

This article falsely claimed AIPAC “brutally punish those critical of Israeli policy” and also complained about undue Israeli influence such as when a “Jewish nationalist donor” got professor Steven Salaita fired from the University of Illinois for “private tweets, done on his own time and unconnected to his position.”

And what were these tweets? Salaita had written, “Zionists: transforming “antisemitism” from something horrible into something honorable since 1948.”

Zionists: transforming “antisemitism” from something horrible into something honorable since 1948.#Gaza #FreePalestine

Salaita also tweeted, “You may be too refined to say it, but I’m not: I wish all the fucking West Bank settlers would go missing.”

You may be too refined to say it, but I’m not: I wish all the fucking West Bank settlers would go missing.

It must have been the shadowy Israeli lobby that got Salaita fired, not his rabidly anti-Semitic calls for murder. Such Jew hating articles are par for the course.

The sad fact is, Ruffalo has chosen to side with the anti-Israel, anti-Semitic camp who are seeking to harm and destroy the Jewish state with outright falsehoods and calls for boycotts. It wasn’t enough that all Jews were ethnically cleansed from Gaza, allowing for Hamas to easily take over. Ruffalo is calling for the same formula to be repeated in the West Bank. Whether he is trying to harm the Jewish state out of blatant anti=Semitism or due to his gross ignorance, the fact remains that his casting as the Incredible Hulk has made him a role model for many children and young adults today. Ruffalo’s anti-Israel activism has reached dangerous levels and only serves to encourage the hatred of Israel and the Jewish people.

About the Author
Daniel Abraham is a journalist and editor who currently resides in New Jersey.
Comments