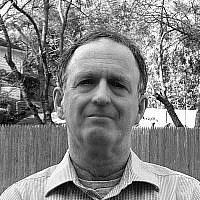 The Blogs
Martin Kimel
Apply for a Blog
Please note that the posts on The Blogs are contributed by third parties. The opinions, facts and any media content in them are presented solely by the authors, and neither The Times of Israel nor its partners assume any responsibility for them. Please contact us in case of abuse. In case of abuse,
Report this post. 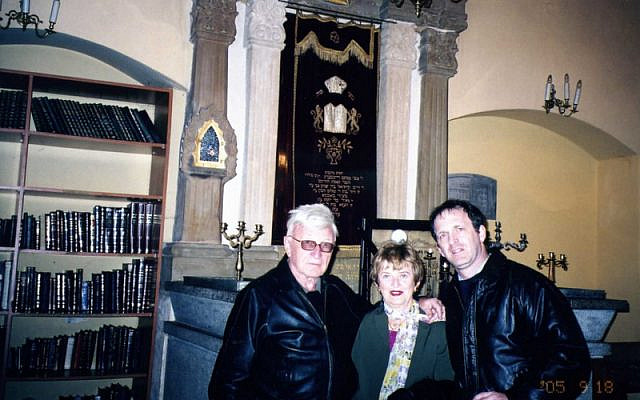 The author and his parents in Krakow, 2005. (courtesy)

April 7th is Yom HaShoah. Now that most Holocaust survivors — including both of my parents — are gone, it is up to us, their children, to see that their lives of courage and resilience are not forgotten or obscured.

In recent years, children — and even grandchildren — of Holocaust survivors have written memoirs claiming they have “inherited” trauma from their survivor forbears. Some have suggested that such trauma is nearly universal among the children of survivors. In Survivor Café: The Legacy of Trauma and the Labyrinth of Memory, Elizabeth Rosner writes, “Most if not all of my peers — the so-called Second Generation — share this sense of inherited trauma….” In his memoir, The Survivors: A Story of War, Inheritance, and Healing, former Obama speechwriter and Third Genner Adam Frankel writes that the trauma of “history’s witnesses” is “bequeathed to us, their descendants….” These authors often point to a thinly supported scientific theory to suggest that PTSD has been passed down by survivors via changes to their genetic code brought about by the war. In Rosner’s words, “[Our] DNA carries the expression of our parents’ trauma and the trauma of our grandparents too.”

It is often impossible to tease nature apart from nurture. But whatever the supposed mechanism of transmission, many therapists, as well as some Second and Third Gen authors, seem to accept the notion that a great many people are reliving the wartime traumas of Bubbie and Zayde.

It is natural to assume that most, if not all, Holocaust survivors would be broken in some way. How could they not be? one might wonder. It is also not surprising that, like the man with only a hammer who sees everything as a nail, psychologists looking for pathologies among survivors and their descendants would find them. Fortunately, in my experience, most Holocaust survivors learned to cope with their horrific wartime experiences. It is true that some survivors were greatly damaged, never to recover. But “resilience” is a word heard repeatedly when we Second Generation members speak of our parents who, as journalist Joseph Berger writes, somehow “never succumbed to defeat or despair.” One explanation may be what statisticians call survivor bias (no pun intended) — most survivors are/were resilient because their peers who were not resilient were less likely to become survivors.

My own parents survived the war in Poland. My mother, who was 8 when the war started, hid for two years in the Polish forests with her mother and younger sister after they learned the Nazis had murdered my grandfather. My father spent much of the war in a ghetto with his family, where he lived through many German “aktions” and where his mother died of typhus.

My parents married in Poland in 1956 and left for Israel. (Wrenchingly, my mother said goodbye to her mother, sister and stepfather, who remained in Poland.) My parents emigrated from Israel to the US in 1959.

My mom and dad embraced life. They danced with verve at simchas, spent time with their close circle of friends and traveled the world. Because my parents had lost so many relatives, they cherished the family they had left, and they kept close touch with relatives in the US and in many other countries, including Israel, Poland and France. My mother, Eva Kimel, an accountant, was a dynamo. My father, Alexander Kimel, an engineer who started his own firm, wrote a lot about his wartime experiences, including poetry that is being taught in schools and which strangers have recited and put to music on YouTube. (Note: If you Google my dad, the photos that pop up are not his.)

When I was growing up, virtually all my living relatives of my parents’ generation were Shoah survivors, as were many of my parents’ friends. As far as I can tell, all of them managed to make good lives for themselves. Two of my cousins bore the tattoos of Auschwitz. One showed no signs of PTSD. The other was pessimistic and often irritable. So out of all the survivors I knew, probably one or two showed signs of trauma. I think my experience is pretty typical. In his introduction to God, Faith & Identity from the Ashes: Reflections of Children and Grandchildren of Holocaust Survivors, Menachem Rosensaft, the founding chairman of the International Network of Children of Jewish Holocaust Survivors, says, “I firmly believe that most of us look upon our parents and grandparents as role models and a source of strength.”

If all or nearly all of the survivors I knew managed to find joy in life, I can’t name a single child of survivors who was clearly traumatized by his or her parents’ experiences. That isn’t to say that many of us who don’t believe we shoulder “[d]isproportionate burdens of grief, anxiety [and] rage” (Rosner, again) don’t have our own issues, like most people. But to the extent we do, we don’t ascribe them to our parents’ war-altered genes or to our upbringing as a direct result of the Shoah. Fortunately, people tend to be resilient.

To take it to the next step, I can’t conceive of any Third Generation member I know — including my own children or my sister’s — being traumatized by their grandparents’ experiences. Far be it for me to contradict any Third Genner who believes he or she has been traumatized this way — though Frankel’s glowingly blurbed book isn’t very convincing on this point. I am only saying it is totally outside of my experience, and I haven’t seen any evidence it is something widespread.

My parents and most other Holocaust survivors demonstrated great bravery and overcame enormous obstacles in starting life over in countries they didn’t know, with languages they didn’t speak. That should be remembered. They worked incredibly hard to give their children many gifts: a stable home, a good education, and a life filled with meaning. It would be ironic indeed if we and our children — the very beneficiaries of our parents’ many sacrifices — were now to turn around and suggest that most of our parents and grandparents were broken in some way and had bequeathed that brokenness to us.

About the Author
Martin Kimel, an attorney, has written on the Holocaust and other topics for the Baltimore Sun, the Washington Post, the Los Angeles Times, the Wall Street Journal, the Philadelphia Inquirer, the Chicago Tribune and others. Follow him on Twitter: @martinkimel
Related Topics
Related Posts
Comments