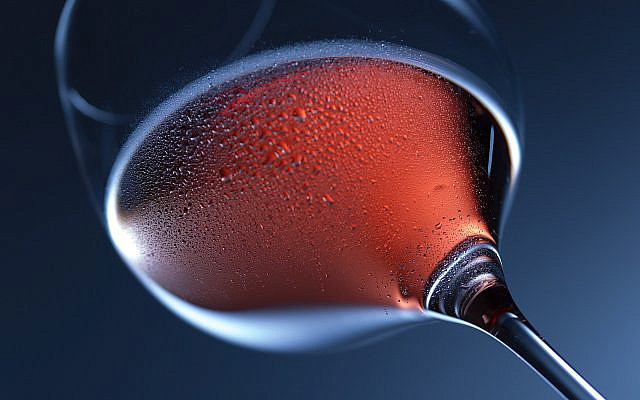 “I love how the entire Megillah revolves around the conversation between Mordechai and Esther.”

There were five of us around the table — all Israeli women in our 20s and 30s, all here in Boston for a temporary stay while our husbands pursue post-doctoral research. There were children intertwined between us — my toddler kept trying to reach across my lap, and another friend’s daughter leaned against her mother, though most of the 19 kids present, ranging from 13 years old to less than two months old, were roaming, dancing and yelling and fooling around. Our husbands formed their own little group, just beside us, along with two additional Israeli men. We could barely hear their conversation above the children’s voices. But it didn’t bother us. We were more than pleased with our own.

The friend who spoke had a glass of wine in her hand. Or perhaps I did? I cannot remember. But I remember that as she spoke, the afternoon light touched the glass. It stood out in the rather dim room (we turned off the lights to let the kids play with glowsticks), but the entire scene seemed illuminated to me — illuminated from within by the warmth of the companionship we forged so far from home, and by the honest words of Torah that we shared, right there at the heart of a human whirlwind, along with good food, good drinks, and the sweet taste of leisure.

As I looked around me I couldn’t help but feel that our present was already awash with another light — with the mellow glimmer of nostalgia. I felt like we were acting out the dying throes of an era that we will wistfully recall. “Do you remember those days, when we weren’t afraid to crowd together in a room,” I could imagine us saying to each other in the not too distant future (while keeping our distance, of course, and preferably on the phone). “Do you remember how we let toddlers run around, touching everyone freely, boogers and all? Do you remember how we lingered together over food and conversation, and we could share it all, and we were safe?”

I could see the scene as we will remember it, like something out of a movie about the last days before a war. We won’t remember the little anxieties, the lulls in the conversation, the way the kids dripped ice cream on the floor. We will remember the closeness, instead, and reminisce about the intimacy. We will mourn our lost ability to drink deeply from the generous cup of our companionship, and pass it, unafraid, from mouth to mouth.

“It’s just — everything in the Megillah leads to this conversation and then stems from it.”

It’s true, I thought, looking at the light on the glass, noting the passion in the my friend’s eye as she spoke. Until this conversation, the one where Mordechai convinces Esther to work against Haman, everyone in the Megillah pursues his or her own safety and pleasure. But in this conversation, after Mordechai appeals to Esther in the name of her people, she breaks the pattern. She decides to act with a higher goal in mind, and this choice changes everything. It changes Esther: the meek girl who was taken and taken again becomes a strategist, an active player. It changes her relationship with Mordechai: the man whose words she always heeded now follows her plan and commands. And it changes history, wresting the initiative from Haman and bringing about a new salvation.

And none of it could come about without a conversation, I thought, and listened to my friends comment and respond and counter-argue around me. None of it could have come about had Esther and Mordechai remained apart.

I thought about various friends in Israel and New York who were passing their Purim in quarantine or in the hospital. I thought of entire shuls that couldn’t gather to read the Megillah, since every family had to stay in its own house. I thought that our own togetherness at that moment was a fluke, a stroke of luck or providence, soon to be overcome by the disaster that is to come. I was drunk on the warmth of the moment, but my joy was bitter on my tongue.

“Did you notice that they don’t actually speak face to face,” I remarked, and I could tell by the startled looks around me that the conversation had moved to other roads while I was thinking. It was okay, though, because I surprised myself too. And besides, no one expects perfect coherency on Purim. “Mordechai and Esther. They have the most intimate and open conversation in the Megillah — the one that changes everything — through messengers.”

The light didn’t seem so sad anymore, and I felt alert again, and fully present. Yes, we probably won’t gather like this again, not for a while. Yes, our shuls will surely close soon. But so what? Down in New York, Chabad rabbis are walking from home to home, reading the Megillah through windows to those who can’t walk out. Schools are caring for their students through online learning. Volunteers are checking on those who live alone.

Intimacy doesn’t require physical closeness. Boundaries can be an invitation to find a way to transcend them. In Shushan, messengers and mediators could not stop one man and one woman from truly conversing and so saving a nation.

The distance between us can be painful. But it can also be the birthplace of an intimacy that is yet to come.