Europe is being overrun by refugees some of whom at least, may have sinister intentions.

In 720 CE ‘Abdul Rahman Al Ghafiqi led a force of Islamic Soldiers from Cordoba (Spain) over the Pyrenees into France. Charles Martel (Charles “The Hammer”) famously drove the Umayyad Dynasty back at the Battle of Tours (or Poitier). Tours marked the end of Islamic expansion into Europe. Eventually, European Christians would undertake the Crusades and then the Reconquista of Spain. Today, something very similar to Abdul Rahman’s invasion is afoot. 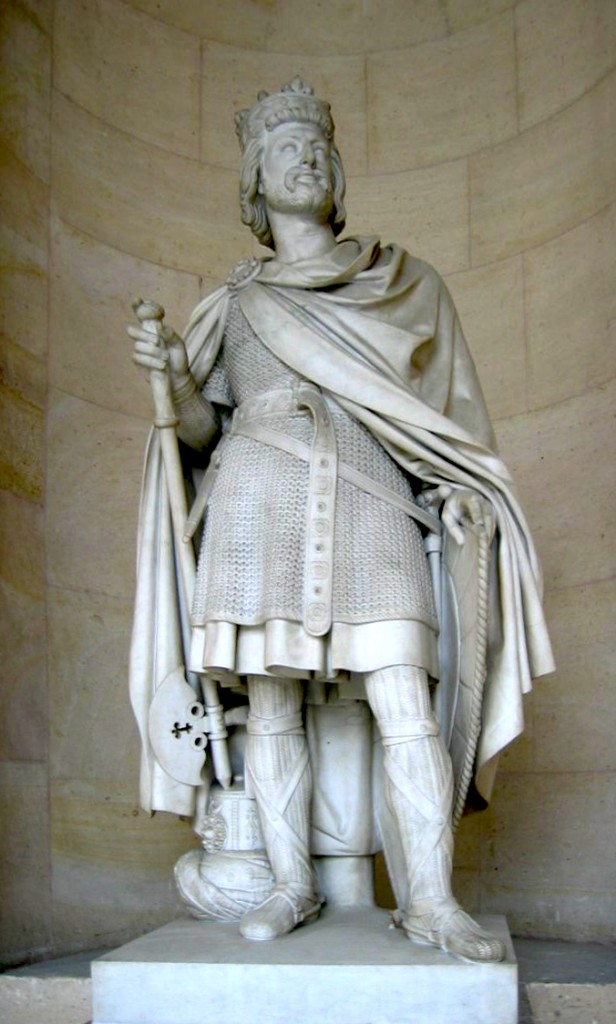 Statue of Charles Martel at the Chateau Versaille (Wikipedia)

In post-World War II Europe, nations were short on labour, there was a shortage of young men. These countries undertook to bring in immigrant labour largely from the Middle East and North Africa. Following a baby boom in some European countries, birthrates began to drop off, turning a temporary shortage of labour into a long-term demand for immigrants. The initial influx of immigrants from the Middle East were those who genuinely sought to become European and integrated into European societies. Their children and grandchildren, however, have been radicalized into militant Islam.

Europeans have begun to feel the burden of this reality in recent years. Honor killings, attacks on women, the abuse of children, and wide ranging anti-Semitism (against Jewish Semites at least) have become an increasing problem in Europe. These have been compounded of late as Islamic neighborhoods have sought to impose Sharia Law. The cradle of liberty is sheltering something sinister.

Some Europeans have recognized the issue and have begun to fight back. Efforts to celebrate European culture and identity have become more common. Nationalists have been eager to defend the perceived national characters of their respective country’s. Slowly but surely the language of surrender to Islamic bullying has turned into a stronger front of solidarity for European values. The fundamental equality of all people, the respect of women (and their equal treatment), freedom of speech and expression, these are not just desirable traits of modern European societies. They are hard fought and hard won rights for which millions have died and to which each European society must remain dedicated if peace and prosperity are to continue to reign in Europe.

The Civil War in Syria has opened a new chapter in the struggles between Islam and the West. Initially, the uprising saw massive bombardment and mass killings on the part of Bashar Al-Assad’s Alolawite regime. In an effort to remain in power, his regime has sought to exterminate its opposition from among the country’s Sunni majority. Later, as Islamic State (Da-Esh) rose to the forefront of opposition groups, the people of Syria found themselves caught between the murderous rampage of their Iranian-backed government and the bloody and tyrannical ravages of the Islamic State.

Refugees have flooded into neighboring countries and now are plowing into Europe in alarming numbers. Search for Syrian refugees and you will find many pictures posted by the media of women and children in desperate circumstances — images intended to illicit feelings of compassion for those displaced by the conflict. It is certainly true that we should feel for these people, but those pictures are not entirely accurate. Large numbers of young men make up the overwhelming number of refugees. Not the picture the international media is painting.

Europe is once again under invasion. The flood of mostly Muslim refugees into Europe is not the only major challenge, there is great opportunity for infiltration. How many of these young men are agents of Islamic State? We have seen how dangerous this group is from afar, using the Internet to recruit fighters from the west and to encourage attacks therein. Imagine how much more lethal they will be with trained operatives living in western countries? We must not let our hearts overcome our heads.

How to address this influx while defending European borders? First, it must no longer be politically incorrect to express concern about Muslim refugees. Christian, Yazidi, and other minority groups will find common cultural values with European societies and can assimilate without too much difficulty whilst retaining their unique cultural identities. Yet, even a large and sudden flood of these refugees would be a serious challenge.

This is western civilization, we promote diversity here and we embrace immigrants and make them our own. A culture of violence, however, that attempts to silence its opposition and stamps out all criticism is not to be tolerated in the West. While Muslims can be welcome in west, militant Islam has no place here. Those who assimilate into western culture are welcome regardless of race, religion, or national origin. Violence as part of, or in the name of, religion is not to be tolerated here whether that religion is Christianity, Islam, or Shinto. As if the challenge of militant Islam were not serious enough already in Europe, millions more are on the way who may very well bring more violence and intimidation with them.

How many of these refugees mean us ill? How many will become radicalized given time? How many might commit acts of violence? These are concerns that must be expressed and must be acceptable to express. We cannot defend western values without the freedom to do so.

It also cannot be politically incorrect to assert that refugees be gathered into a central location to await the day when they can return to their homes. Libyan, Iraqi, and Syrian refugees jump in boats, cut through fences, and rush border check points daily. Many have died at sea or in the backs of lorries. This, too, is intolerable. Western nations need to rise to the occasion, and establish a joint naval force in the Mediterranean to rescue refugees. Why not locate a facility, perhaps on an island in Greece, to which all refugees can be redirected. Egyptian billionaire Naguib Sawaris has even offered to help purchase an appropriate island. Could we ask for a better deal?

Funding can be made available to ensure proper food, clothing, housing, and healthcare for refugees on this island. As compassionate societies, sufficient government funding and private donations can be raised to  address these needs adequately. European states will have to abandon their open border arrangements and secure their borders. A coordinated effort will have to be launched among European states to redirect refugees to the aforementioned island refuge in a responsible manner.

In the long-term they may not be able to return to their home countries. Syria, for example, is a nation that has been utterly destroyed. A plan may be needed in which refugees can be resettled in other countries. This can be done after background checks and investigations of those to be resettled. For some, background checks are now impossible, and an time to establish trust is needed. Families, women, and children can be given priority. Muslim countries could also take some of these refugees, western countries do not need to take them all. Once the refugee tide has been stemmed a reasonable and rational decisions can be made by the participants.

As of this moment, Europe is being invaded by large numbers of young men whose benevolence cannot be assured. This security threat must be addressed. The sudden influx of immigrants is also a challenge. It is inhumane to leave immigrants to die in boats and lorries because western governments lack the organization and willpower to develop a proper plan.