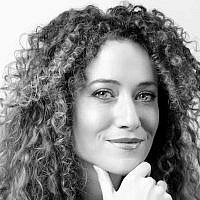 July 14, 2017: Three terrorists open fire near the Al-Aqsa Mosque in Jerusalem. Two Israeli policemen are killed, another is seriously injured. The terrorists come from the northern Arab-Israeli city of Umm el-Fahm. Over a period of 21 years Umm el-Fahm was ruled by a now illegal Islamist movement – under the slogan “Al-Aqsa is in danger”. The terrorists smuggled their guns into the complex the day before and hid them in the mosque. In response, Israel installs metal detectors to prevent further terrorist attacks and to protect praying Muslims in the mosque.

What follows is an orchestrated outcry by the Palestinian Authority (PA), Palestinian imams and Islamists worldwide. The loudest protest comes from Turkey’s President Erdogan “Israel wants to occupy Al-Aqsa”. He calls on “Muslims around the world” to “actively protect Al-Aqsa” and prevent Israeli soldiers from shedding Muslim blood there. “We have not done enough to win back Jerusalem” he threatens.

The hate speeches and outcry, along with furious protests and riots, yield a Facebook post by Omar al-Abed: “My sharpened knife answers the call of Al-Aqsa”. He wants to die as a glorious martyr, he writes, and kill “pigs and monkeys”, i.e. Jews, in the process. He then enters the house of a Jewish family celebrating the birth of their youngest grandson. He stabs the 70-year-old family father, his wife, daughter and son. The son’s wife manages to flee with their five small children to the upper floor. A neighbor hears the screams and neutralizes the fanatical murderer. Apart from the mother and her children, only the grandmother survives the terror attack. “We would all like to die for Al-Aqsa” says Omar’s father in an interview following the attack. His mother distributes sweets out of joy and in a video says how proud she was of her son.

October 16, 2020: A terrorist beheads a French teacher near Paris for showing caricatures of Mohammed to his students. In response, Macron reaffirms his intention to vigorously fight Islamism.

What follows is an outcry by radical imams and radical Muslims from around the world. The loudest outcry comes from Erdogan. Not about the cruel act of terror. But about France’s reaction: “Macron insults Islam”, “He should be examined for his mental health”. “Muslims have the right to be angry and murder millions of French people for their past massacres,” says Malaysia’s Prime Minister Mahathir bin Mohamad. In the Gaza Strip, Palestinians burn pictures of Macron for his “attack against Islam”. What follows is Nice. The next beheading.

Same pattern. But the echo grows louder and is now amplified by Turkey: Islamists murder in the name of a fundamentalist ideology. Democrats react to protect innocent civilians. Extremist multipliers seize the moment and, with microphones and keyboards as weapons, mobilize towards hatred and violence. The next terror attack follows.

The pattern is the same, the context is not.

For Palestinian Islamists, radicalization is part of regular socialization – through curricula, mainstream media, urban planning – schools and streets are named after terrorists – just this week a university gate was named after the Munich Olympic massacre’s planner Abu Iyaad. Glorification of suicide bombers and “martyrs,” anti-Western hatred and anti-Semitism are social and political consensus.

The result: Since the end of 2015 alone, Palestinian terrorists have murdered 87 Israelis, injured 1539, committed 217 knife attacks, 239 shooting attacks and 80 car-ramming attacks, and fired 2500 rockets and mortar shells at Israel. Since 2018, explosive-laden terror-kites and balloons joined the repertoire, causing fires and destroying over 3500 hectares of land.

Israel can hardly prevent the PA’s and Hamas’ systematic radicalization. Europe could. As the largest donor bloc, the EU, especially Germany, the most generous donor, could have conditioned the flow of money with an end of this destructive policy decades ago. Could have. Instead, European taxpayers’ money continues to flow into official terrorist salaries, hate-fueling curricula and NGOs that spread the PA’s dark value-system to civil society.

Now that the echo of murder is growing louder and louder and occurring at ever shorter intervals, there will – hopefully – be a paradigm shift. Europe has to let go of its lethal lethargy and unconditional toleration of Islamism. Not only the extremist with a weapon in the hand or explosive device-instructions on his PC is a danger. The long-term danger for Europe’s democracy is the growing groups of young Muslims, for whom Islamism has become pop-culture like for others Lady Gaga. Those who find Erdogan’s extremist statements cool. Who bully Muslim girls without headscarf. Who patriarchally oppress their sisters. Those who feel understanding, sympathy or enthusiasm for the murderer of Paty. A Syrian Youtuber who a few days after the attack walked through the streets of Berlin-Neukölln with a fake Macron on a leash, screaming Allahu Akbar, whipping and insulting him, was celebrated like a rock star. A crowd of young Muslim men competed over selfies and snapped away with a broad grin on their faces at the sight of burning Macron masks. The establishment of Islamism as pop-culture exposes the failure of European leadership.

For too long, was all this ignored and an end to terror and radicalization hoped for. For too long, were Al-Quds marches in Berlin allowed to transport Islamist and anti-Semitic slogans and memes to the wide public – fueling a dangerous alliance between Islamist, leftist and right wing extremists. Too long, was the hesitation to ban the Islamist terrorist organization Hezbollah, years after Europe’s “hospitality” had been abused for terrorist attacks, radicalization and organized crime.

For too long, was it accepted that young Muslims internalize anti-Western values through Turkish, Arab and Iranian satellite television. For too long, have German teachers feared teaching the Holocaust due to aggressive reactions by “soft-radicalized” students. Too often, were Islamist institutions and individuals whitewashed through cooperation with government bodies. Such as the recently planned (and reversed, after protests) hiring of an Islamist sympathizer as advisor to the Foreign Office.

Too often, has Islamist terror against Israel been ignored. Too seldom, too quiet its condemnation. Too often the rhetorical use of the damned “spiral of violence” in political statements and media reports – creating a moral equidistance between Islamist terror organizations and Israel, which like France, Germany and Austria has the duty to protect its civilian population. From terrorists hiding in hospitals. From rockets stored in schools. From fundamentalists who don’t stop at the throats of babies.

Terror against Jews existed long before the metal detectors, long before settlements, long before the founding of the state. It emerged from the same Islamist house and has the same goal as the terror Europe is now experiencing. The “Al-Aqsa-is-in-danger” libel stems from Hitler’s Arab ally Haj Amin Al-Husseini, Mufti of Jerusalem. With help of the Nazi propaganda channel Zeesen and Goebbel’s agents, the Mufti, funded by Nazi money, incited his militias to commit mass murder as early as 1936. “The Palestinian struggle is not about land and soil, but about faith and belief” and “the three world religions can live in peace only when Jews and Christians accept Islam as the ruling power”, says Hamas. And yet Europe, in a strange distortion of reality, says: If only Israel was willing to compromise, there would be peace.

Through appeasement and acceptance of the unacceptable, Europe showed weakness, ignorance and political naivety. In doing so, it allowed a monster to grow that is now shaking Europe’s democratic and free foundation. A monster that takes innocent lives and wants to paralyze Europe’s most beautiful and free cities. A monster that wants to burn synagogues, storm churches, destroy cultural life and replace the colorful LGTB flags with black ones.
Wants. This will not happen. The statements made by Macron after Paris and Nice, by Sebastian Kurz after Vienna and to some extent also by Angela Merkel, show exactly the dose of solidarity, strength and determination that has been missing until today. Israel has been fighting against this monster since its establishment. Since its establishment, Israel has stood at Europe’s side as a protective wall of Western values. Israel supports Europe in the fight against terror through security cooperation that frequently leads to the prevention of attacks.

It is time for a new paradigm: terror is terror. Paris is Vienna is Dresden is Tel Aviv. Only through strength and solidarity can this monster be fought. Israel knows a thing or two about both.