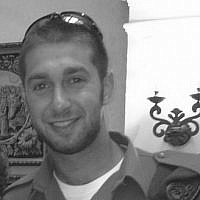 I would like to address the thousands of people that have suddenly woken up from their complete disregard for human rights abuses just in time to criticize Israel for the supposed genocide it is committing in the Gaza strip. U.N. Resolution 260, Section III, defines genocide as action taken with intent to destroy, in whole or in part, a national, ethnical, racial or religious group. Let’s begin by discussing some examples that meet this definition. In Syria, President Bashar Al-Assad’s regime has specifically targeted and killed over 170,000 Sunni civilians in the past three years, and uprooted 2.5 million people. In North Korea, it is estimated that as many as 120,000 people are currently being held in detention camp; 400,000 people have died in these camps from torture, starvation, disease, and execution. In Darfur, President Omar Al-Bashir, according to the International Criminal Court’s prosecutor, has kept 2.5 million refugees, “under genocidal conditions, like a gigantic Auschwitz.” Since 2003, over 480,000 people have been killed by government troops and their proxies solely because of their ethnicity, which is the very definition of genocide. How many of the people in Santiago, Paris, London, and Jakarta that today line the streets outside Israeli embassies to cry out against the “Gaza Genocide” have protested the Syrian, North Korean, or Darfurian Genocide? In what cities are they hosting events for “North Korean Apartheid Week”? When was the last time they held a Darfur “Die-in”? Where is their outcry in the wake of Egypt’s refusal to allow a Tunisian airplane filled with medical supplies to cross into Gaza?

A survey last month by the anti-defamation league found that 26% of those polled — representing approximately 1.1 billion adults worldwide — harbor deeply anti-Semitic views. If you are searching for these people, you need look no further than the streets outside of Israeli embassies across the world, where anti-Semites disguised as humanitarians from Sydney to Boston demand an end to the imagined Gaza genocide. When a sadistic North Korean dictator imprisons and starves his people, they are silent. When Arabs kill one another in Syria and Darfur, they fail to protest. But when Israel acts to defend herself in the wake of thousands of rockets fired at her civilian centers, suddenly they cry foul.

Despite the false rhetoric of these hypocritical individuals, Israel has gone to great lengths to protect civilians in the recent conflict, as well as historically. Colonel Richard Kemp, commander of British forces in Afghanistan, reported that in the 2012 Gaza operation, Israel, “did more to safeguard the rights of civilians in the combat zones than any other army in the history of warfare.” Then, like now, Israel was accused of committing genocide. In the name of objectivity, rather than discussing tactics, such as the dropping of leaflets, the sending of texts, and the making of phone calls to the residents of houses scheduled to be bombed in an effort to avoid civilian casualties, actions of mercy completely unprecedented in the history of warfare, let’s talk about the numbers. Of the 604 report casualties in Gaza, as of Sunday, 82% were men, and 66% of those men were between the ages of 18 and 38, which is an age range that one could safely assume contains the majority of the terrorists Israel has targeted in it’s bombing campaign. In contrast, while nearly 50% of Gazans are under 14 years of age, this group accounts for only 18% of the casualties, statistics which are hardly indicative of the targeted killing of children (these numbers were arrived at through careful analysis of data provided by Al-Jazeera reporting). While it is impossible at this point to know the proportion of civilians killed versus enemy combatants, what is known is that Israel has killed 200 confirmed militants. I believe it is far from a stretch in light of the statistics listed above to assume that another 100 enemy combatants lie among the dead of Gaza. By these conservative estimates, we can assume that approximately 300 civilians have been killed in the Gaza strip, which I do not deny is a terrible tragedy. Let us step away from the emotional side of this equation for a moment, however, as hard as that may be, and try to qualify these numbers in an attempt to reasonably determine whether or not Israel is targeting civilians.

The Gaza strip is an area nearly twice the size of Washington D.C. with roughly three times the population. Israel has dropped well over 600 tons of explosives on the Gaza strip in the last two weeks. According to the civilian death count arrived at in the previous calculation, we could assume a death of one civilian per 2 tons of explosives. Let us put this into context so it’s easier to visualize.

The M-67 fragment grenade used by the U.S. military contains approximately .4 pounds of explosives. If one were to qualify in terms of M-67 grenades the number of casualties in Gaza, that would mean that for every 10,000 grenades dropped on Gaza, one civilian was killed. To offer some perspective, the United States, during the “Shock and Awe” phase of the war in Iraq, killed one hundred people every eight hours for three straight weeks. In a deadly campaign of bombing and artillery strikes over that period, 6,700 people were killed, most of whom were civilians, at a rate of nearly 320 per day. In Rwanda, 800,000 people were killed in 100 days with machetes. Israel has killed, by a conservative estimate, as few as 300 civilians, despite dropping 600 tons of explosives on one of the more densely populated areas of the world, and we are meant to believe that Israel is waging an intentional campaign of ethnic cleansing? Really?

Let us now contrast Israel’s efforts to avoid civilian casualties to the actions of Hamas. Hamas maintains a charter which states, clearly and unapologetically, that “Israel will exist and will continue to exist until Islam will obliterate it….” It further notes: “The Day of Judgment will not come about until Muslims fight Jews and kill them.” The Hamas charter is a near perfect fit for the U.N.’s definition of genocide, and Hamas stands by it’s charter. It has fired close to 13,000 rockets at Israel, at a rate of nearly 3 per day for the past 12 years. During that same period, 1,235 Israelis have been killed in Palestinian acts of terror, most of them by Hamas operatives. And while Hamas sends rockets and death into Israel, Israel sends aid into Gaza; Israel transfers over 100,000 tons of humanitarian goods into Gaza every month – nearly 5,000 truckloads of everything from food and clothing to agricultural equipment and construction supplies. In the past two weeks, hundreds of truckloads of food and supplies have continued to reach the people of Gaza even as Hamas continues to target Israeli civilians with rockets, so I ask you to consider objectively please: Who is trying to commit genocide against whom?

Addendum: Thank you to Mr. Yungster for pointing out an error in this piece. I originally calculated that 10,000 grenades would suggest a kill radius of 31.3 miles. In fact, that number is .31 miles, which while still significant considering the Gaza strip is less than 7 miles across at it’s widest point, is far from the 31 miles I suggested it was. Please accept my sincerest apologies. I had and have no intention of purposely misleading the readers of this blog, which is why I have corrected this figure so publicly. It was purely a mathematical error.

About the Author
Corey studied Political Science at the University of Pennsylvania before moving to Israel, where he served for 3 years in a special operations unit. He currently works in Healthcare technology, and holds the rank of staff sergeant in the IDF reserves.
Comments