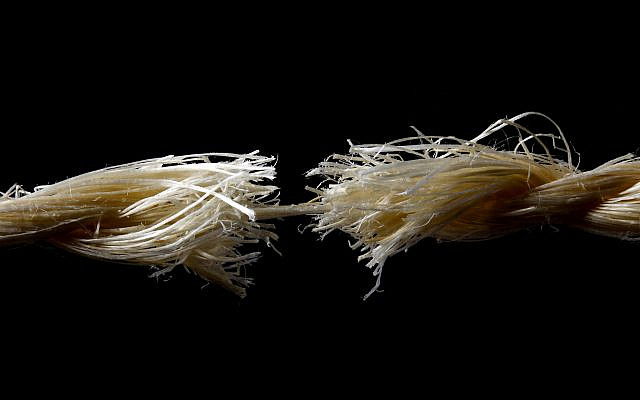 Photo by imelenchon, courtesy of morguefile.com

This past week I turned in a paper for the course I took this summer at Hebrew University. I took the class to help fulfill international requirements for the Master of Public Administration track of my dual degree program. The other track is a Master of Arts in Integrated Global Communication; communications is essential in all things. Taking this course also allowed me to dig in deeper to a cause deeply close to my heart.

Called Conflict Resolution from Theory to Practice: Israel as a Case Study, the class dealt with the psychological impact of living within an intractable conflict. The toll parties pay psychologically is high and the mechanisms at play sadly perpetuate the resistance to finding a way out.

But before we could even get to the point of what living with decades of violence and limbo can do to a society, we first learned about conflict resolution and about its psychological components. The reading list included articles specific to the Israeli-Palestinian conflict, but we also learned about what South Africa and Rwanda each had to do in order to prepare themselves to heal their societies.

A few of the readings we were assigned that were specific to the Israeli-Palestinian conflict resonated with me a lot. One was called The Interdependence of Israeli and Palestinian National Identities: The Role of the Other in Existential Conflicts, by Herbert Kelman, written in 1999. Not only did the professor’s points about the need each side has for the other side to recognize its identity and how the two parties need to move past a negative interdependence to a positiive one speak to me, but the fact that he had spent decades working with groups of Israelis and Palestinians in workshops meant that he actively tried to effect change.

I also found Sociopsychological Foundations of Intractable Conflicts, written by Daniel Bar-Tal in 2007, to be a very clear and straightforward presentation of the characteristics and challenges of intractable conflicts, as well as of what he calls their infrastructure. There are three parts which both describe the situation adnd perpetuate it. Collective memories – which are not always accurate – and an ethos of conflict both underpin societal beliefs which lock the sides in. The third, what he calls collective emotional orientation, is built mostly on fear, hatred and anger; this too contributes to the difficulty of making the intractable tractable.

Inherent in what both Kelman and Bar-Tal talk about is an interdependence, a cycle, which needs to be broken. For me,  Intergroup Reconciliation: Effects of Adversary’s Expressions of Empathy, Responsibility, and Recipients’ Trust, by Arie Nadler and Ido Liviatan from 2006 presented the key to unlocking the deadlock. The authors describe research they did with Israelis and Palestinians and what they found – and this makes so much sense to me – is that three elements have to be present if anything is ever going to change.

Right now, sides are locked into only seeing things from their own viewpoints. What Nadler and Liviatan show is that if one side could hear the other acknowledge and take responsibility for its suffering and if that was accompanied by an expression of empathy and if these sentiments were said in a way that was credible and believable, then dialogue about moving forward could take place. Three very big ifs. But in the absence of any of these three, there is little hope for change.

I interpret all of this as a basic human need to be seen, recognized, validated, cared about.

This made a lot of sense to me. Too often we see sides just talking belligerently from their own perspective, an approach which will never move either one an inch.

I believe there are grassroots peacebuilding groups which understand the concepts of putting themselves in the other’s shoes. But nothing any political leader has said makes me think any of them are even aware of the concepts involved. And so the paper I wrote was about ways to reach those leaders, both Israeli and Palestinian.

This approach made a few assumptions. The first was that they don’t know and that if they did have this critical knowledge, it would change their outlook. The second was that leaders on both sides actually want to change the status quo. To be honest, I know that there are risks in assuming either, but it was the only way to move ahead; pessimism will change nothing.

In some ways, it was an interesting exercise in that the paper was written like a policy paper, which is something my MPA program has introduced me to. These are directed towards policymakers although mine was not. On the other hand, it called for tieing in communication methods and theory, topics which align with my MA in Communications. So it was a nice way to bring the two interests together. Beyond both of these, I know that the paper contained a lot of wishful thinking, and that’s on me.

In my paper, I propose four different ways to get these concepts on the radar of Israeli and Palestinian leaders. I describe the challenges inherent in each. And then I discuss the criteria by which each ought to be judged, before ending with a recommendation of which ones to take on.

What’s next? I don’t know. Try to get it published at some academic conference where no one implements any of the suggestions and it gets no attention? Give it to academics who write on conflict resolution and to peacebuilders so perhaps they get inspired to try one of my proposals? I am open to suggestions (and also happy to share my paper upon request, but do ask you to first read the three articles linked above as I do not devote enough space to the psychology in the paper).

The bottom line is that the only way out of an intractable conflict is for leaders to be courageous enough to try and see the situation from the other side’s perspective. And in order to do that, they may have to understand why it matters. For me, I think it – and so much more in life – really boils down to treating others the way you want to be treated.

About the Author
Born in Brooklyn and raised on Long Island, Wendy lived in Jerusalem for over a decade submerged in Israeli culture; she has been soaked in Southern life in metro Atlanta since returning to the U.S. in 2003. An Ashkenazi mom to three Mizrahi sons and a DIL and a step mom to two sons born in the South, she splits her time between her job at hte Center for Israel Education, wrapping up her last semester pursuing a dual masters in public administration and integrated global communications, immersed in researching family history, relentlessly Facebooking, enjoying the arts and trying to bring a wider perspective to the topics she covers blogging.
Related Topics
Related Posts
Comments