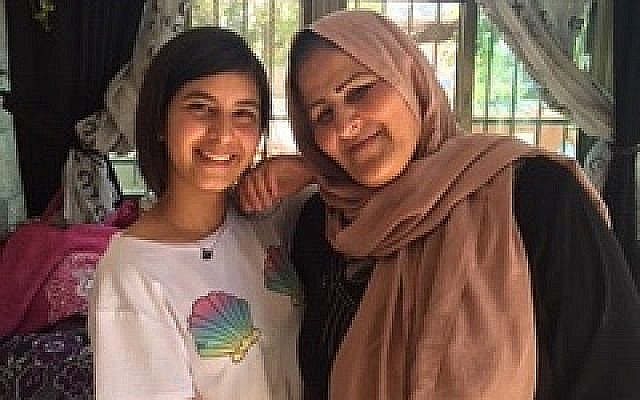 Hillel famously identified the Torah’s essence as “what is hateful to you, do not do to your neighbour”. Yet in the holy city of Jerusalem, our behaviour to our East Jerusalem neighbours has failed to live up to this ideal.

This year, due to coronavirus, we are spending both Jerusalem day and Shavuot in our homes. During lockdown our homes have represented safety, security and comfort, more than ever before.  But the Sumarin family, who live in the East Jerusalem neighbourhood of Silwan, just outside Jerusalem’s Old City walls, has spent the last few weeks knowing that their home may shortly be taken from them. 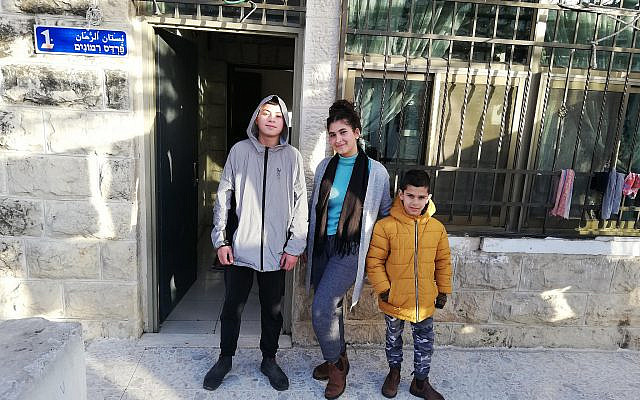 The organisation working to evict the Sumarin family is the Jewish National Fund, or JNF. Many of us are familiar with the JNF from their charity boxes, or through their certificates for trees planted in Israel. Ownership of the Sumarin family home was transferred to the JNF under the Absentee Property Law.

When the Absentee Property Law was passed in 1950, it was on the basis that it was needed to manage property left behind by refugees. This justification did not apply in East Jerusalem, where the properties to which the law has been applied were not empty, and their owners were not refugees. This is why one Jerusalem District Court judge in 2006 described use of the Absentee Property Law in East Jerusalem as a “legal manoeuvre that has no basis in any sort of reality”.

Amir Chesin, advisor to Jerusalem mayor Teddy Kollek between 1984 and 1993, described how the Absentee Property Law was used as “a ruthless weapon to strip Arabs in East Jerusalem of their homes… for driving Arabs out of the city”. The law was not used against property owned by Jews falling within the legal definition of “absentee”, which would include all West Bank settlers. 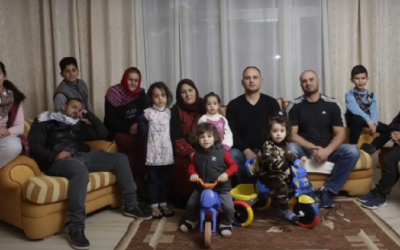 Members of the Sumarin family.
Photo credit: The Sumarin Coalition

The Sumarin family home was built in 1950 by Musa Sumarin. Before 1967 his sons had moved to Jordan. Musa’s nephew and his family lived with Musa and cared for him, and they continued to live in the home after Musa’s death in 1984. However, because Musa’s sons were his legal heirs, and because, as residents of Jordan, they were “absentees”, on Musa’s death the home became “absentee property” – notwithstanding that many family members continued to live there.

The government declared the Sumarin home absentee property in 1989. The Klugman report, an official government report from 1992, revealed serious corruption in the use of the Absentee Property Law during that period: the Israeli government had worked closely with settler groups to identify desired properties, take them over using the Absentee Property Law, and then transfer them to the settler groups, often through a subsidiary of the JNF. The conduct of the relevant official was described as “defective in the extreme”. Whilst use of the law diminished after the report, it was too late for the Sumarin family.

Ownership of the Sumarin home was transferred to the JNF in 1991; since then the JNF has been trying to evict the Sumarin family. The Sumarins have pursued every legal option to resist losing their home. In 2011 the JNF paused the proceedings in response to public pressure, including the resignation of JNF US Board Member Seth Morrison in protest at the eviction proceedings. A couple of years ago, however, the JNF restarted eviction proceedings, and the final court hearing is on 30 June 2020. It seems that only renewed international pressure can now help.

Three generations of the Sumarin family now live in the home. Amal has lived there since her marriage, 40 years ago, to Musa’s great-nephew. Her son, Ahmad, now in his 30s, has lived in the house all his life. He describes how constant risk of eviction has meant that he has lived in fear and uncertainty since he was six, and that he now has to watch his teenage daughter, Diana, live with that same fear.

If Israel’s planned annexation of the West Bank goes ahead, we are likely to see many more families living with that same fear of losing their homes because of the Absentee Property Law.

During the coronavirus crisis the importance of our homes as places of warmth, shelter and refuge has become clearer to us than ever. None of us would want our homes to be arbitrarily taken from us or our families, under an unfair and outdated law.

If, like me, you would like to see the JNF live up to its Torah obligation of not treating others in a way that would be hateful to us, you can join the international campaign calling on them to halt the eviction proceedings once and for all by sending them an email through this link.

As we head into Shavuot, may we do so working to uphold Torah values in Jerusalem. Chag Sameach.

About the Author
Anna Roiser is a lawyer also studying part-time for an MA in Israeli Studies at SOAS.
Related Topics
Related Posts