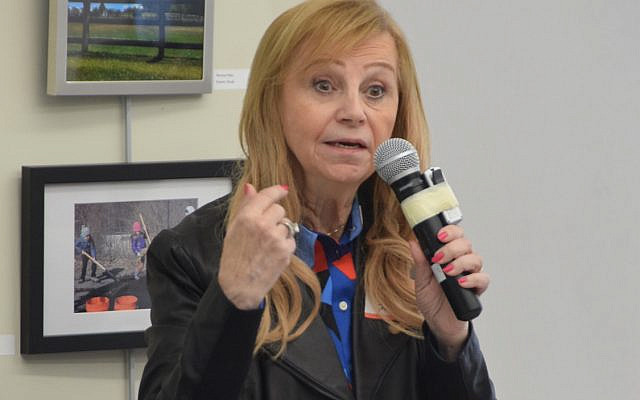 Every single New York congressional seat is a toss up and in play as the latest polls indicate that crime and cashless bail reforms are turning lifelong Democrats to the polls and voting Republican in November.  Pollsters are predicting almost half of the New York congressional representatives will be freshmen republicans, especially from Long Island, Westchester and Hudson Valley areas, all surrounding Manhattan fearing going to work and using public transportation.

Dr. Miriam Levitt Flisser would be the only Republican Jewish woman from New York in the group.  She is running against “Squad” Member Jamaal Bowman.

According to a blog posted on The Times Of Israel and shared by ProIsrael America in August 2022:

Since taking office in January 2021, Congressman Jamaal Bowman has demonstrated a clear pattern of saying one thing and doing another. During his first run for office, Bowman assured his district’s large Jewish constituency that he was “in full support of Israel.” And yet, his actions in Congress have proven otherwise. His continued efforts to court endorsements and funding from the Democratic Socialists of America (DSA), even after the party publicly condemned his small overtures of support for the US-Israel relationship, are telling. Bowman has proved himself a puppet of the DSA, who will turn against his constituents and his past commitments. 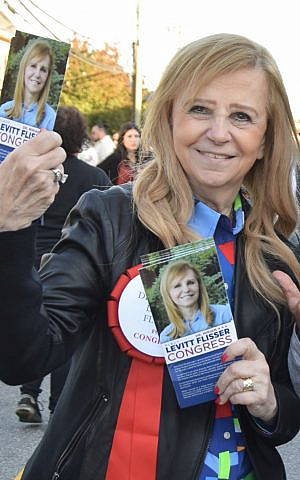 Let’s be clear. Jamaal Bowman was never a true friend of the US-Israel relationship. But, following Bowman’s visit to Israel and Palestinian communities in November 2021, DSA activists called for his expulsion from the party simply for setting foot in Israel. Instead of standing by his principles or his stated opposition to the BDS movement, Bowman tried to appease the DSA by embracing their radical positions on Israel.

Bowman won a contentious primary in August and was considered the Goliath to Flisser’s David until now.

As Jews say at Passover, Dayanu, just one accomplishment would have been enough.  Dr. Miriam Levitt Flisser’s life includes a chain of service and gratitude to New York and America that took her in as a little girl born to Jewish partisans that survived the Holocaust to a village trustee and mayor of Scarsdale.

Her area is New York’s 16th congressional district. It covers much of the north Bronx, as well as the southern half of Westchester County, including Mount Vernon, New Rochelle and Bowman’s hometown of Yonkers, many Jewish neighborhoods.

As a freshman representative elected in 2020,  Bowman was one of the first elected officials to demand to defund the police, end standardized testing and merit based education and support sanctuary city benefits to illegal border immigrants being flown into Westchester as seen in video at the expense of his legal taxpayer constituents.  He calls himself a “democratic socialist” who was handpicked by AOC and claims he is Black Lives Matter who helped bring it to The White House.

Bowman’s seat was held for years by Eliot Engel, the Jewish pro-Israel former chair of the powerful Foreign Relations committee. 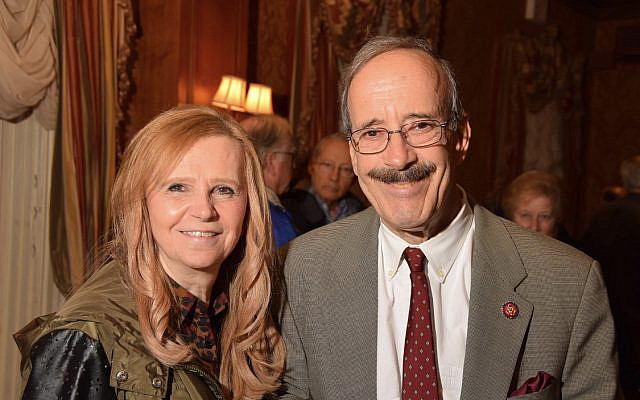 Miriam’s parents were resistance fighters who smuggled her out of Eastern Europe, hidden under a mail truck, to a displaced persons camp. She saw the Statue of Liberty for the first time from the deck of a US Marine troopship.

Raised in the Bronx, she attended Bronx High School of Science, NYU Bronx Campus, and the Albert Einstein College of Medicine. After training at Montefiore Hospital, she has served on the Pediatric Faculty.

Miriam moved to lower Westchester as a result of increasing crime in NYC, and established a practice, serving as the Chief of Pediatrics for 15 years at Lawrence Hospital, where she was the first woman President of the Medical Staff.

She is the Medical Director of the Bronxville School District, St Joseph School, Chapel Lutheran School, Reformed Church Nursery School, and Horace Mann School in the Bronx. Under her leadership, Bronxville Schools remained open for in-person learning during the COVID pandemic, including BOCES summer school.

In her hometown of Scarsdale, Miriam served as Mayor, Police Commissioner, Fire Commissioner, and member of the Village Board.  A FEMA-certified volunteer on the Medical Reserve Corps of Westchester disaster response team, she was granted COVID vaccine licenses and clinical lab licenses for pandemic services.

Miriam and her husband, Harvey Flisser, a retired teacher who taught in the Bronx and Scarsdale, have three adult children and seven grandchildren. They are members of the Temple Israel Center of White Plains.

Cindy Grosz is The Jewess Patriot, Radio’s Premiere Jewish Activist syndicated through Conservative Television of America, Real Talk Radio and the Black and White Network.  The show streams through RokuTV, Amazon FireTV,  iHeart, Spotify and Deezer and out of Israel through Jewish Podcasts.   She is the chair of Jewish Vote GOP and a Jewish advisor for many 2022 candidates.  Her lawsuit against the NYCDOE exposes scandals and corruption within public schools.  She can be reached through jewishvotecounts@gmail.com