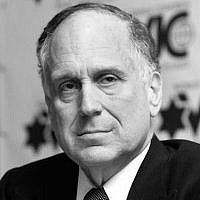 The Blogs
Ronald S. Lauder
Apply for a Blog
Advertisement
Please note that the posts on The Blogs are contributed by third parties. The opinions, facts and any media content in them are presented solely by the authors, and neither The Times of Israel nor its partners assume any responsibility for them. Please contact us in case of abuse. In case of abuse,
Report this post. 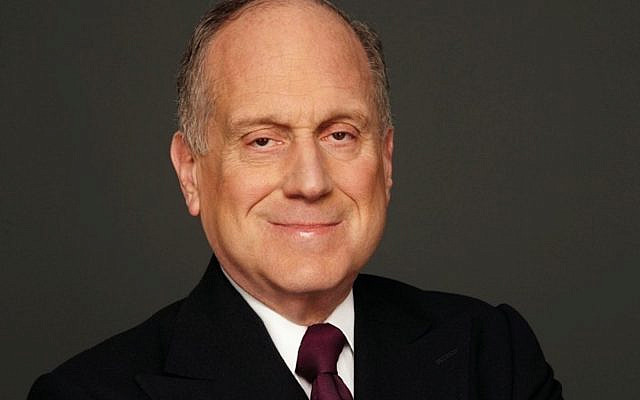 The COVID-19 virus has created an unprecedented global crisis. Hundreds of thousands have died, millions have been sickened, and billions have been quarantined. Healthcare systems have been stretched, economic systems have been strained, and many nations are facing a test the likes of which they have not encountered since 1945. For many weeks now, the coronavirus pandemic has disrupted our civilization. Life seems to have stopped in its tracks. The whole of humanity has found itself contending with a common threat to life as we know it.

But even as spring brings hopeful signs, humankind is facing a gargantuan challenge. As governments around the world set about easing restrictions, and life begins to — gradually, carefully, haltingly — return, it is evident that the coronavirus has changed every one of us, creating a new historic reality.

The Jewish people have once again found themselves at the forefront of the struggle against a worldwide calamity. New York City has been an outsize victim of the pandemic — and some of its Jewish communities have been especially hard hit. London too has suffered badly — and in some of its Jewish communities the number of cases has been especially high. So, too, in other major European cities, chief among them Paris, Rome, Amsterdam, Antwerp and Moscow. From Borough Park to Golders Green, from Williamsburg to Stamford Hill, Jewish communities are experiencing loss, panic, hardship and pain. But these same communities are demonstrating exceptional fortitude and cohesion. Their difficult hour is also their finest hour. At a time when darkness seems to be descending upon the world, they are lighting the heartening candles of dedication, determination and love.

Now, we must raise our eyes and look toward tomorrow. As the pandemic peaks and begins to abate — with the resulting devastation plain for all to see — we must understand its implications for the near, and far, future of the Jewish people.

In the coming months, the Jewish world will have to confront the same challenge facing all nations: how to safeguard our lives and wellbeing, as we renew business and economic activity. In order to find the right balance of life-in-the-shadow-of-Coronavirus, we must demonstrate prudence and ingenuity, self-discipline and creativity. At the same time, we will have to find new ways to conduct our communal life and the education of our children. The social distancing we have all been compelled to undertake should become a tool of community-building and social-bonding. We must ensure that Jewish life isn’t enfeebled, but empowered.

The second challenge is solidarity. Like every family, the extended family of the Jewish people is tested in a time of crisis. On the one hand, enormous external pressure exacerbates internal tensions, often sharpening divisions that may descend into brotherly strife. On the other hand, today more than ever, it is clear just how dependent we are on one another. And it is doubly clear that we must overcome that which divides us, rediscover what unites us — and above all support one another. The virus does not differentiate between Haredi and Reform Jews. The economic implosion hurts Liberals and Conservatives alike. And the imperative to nurture a strong, unified Jewish community grows exponentially in the face of the dangers surrounding us. Now is the hour for unity. And harmony. For a renaissance of Jewish solidarity.

The third challenge is anti-Semitism. In the last few years, we have witnessed a new outbreak of one of the oldest and most odious plagues the world has ever known: hatred of the Jews. Now the situation is deteriorating even further. Today, there are those who blame the Jews for the spread of coronavirus, and there will be those who will blame the Jews for the coming severe economic dislocation. As in the past, now in the present: a fatal biological epidemic is spawning a vicious torrent of anti-Semitism, endangering the lives of Jews. On this front, there is absolutely no room for compromise. We must stand as one against those who would destroy us. We must protect every Jew and every Jewish community that comes under attack. Therefore, we must deploy the only remedy that can eradicate the virus of anti-Semitism: strength, strength and more strength. Only by standing united and resolute, can we hold back the resurgence of hatred that threatens to engulf us.

The fourth challenge is the State of Israel. Over the last few months, Israel has confronted the coronavirus pandemic in a remarkable manner. It identified the threat earlier than most, enacting stringent measures and bolstering its healthcare system (which has garnered international praise). Israelis have once again proven that they are strong and resilient, able to confront the crisis as one nation. But the pandemic has also created a certain tension between the Jewish state and Jews in the diaspora. Many felt frustrated because during their hour of need, they were prohibited from traveling to the state they see as their second home. Others felt that Israel could have done more to help crisis-stricken communities. The gap between stanching-the-spread of the virus in Jewish Tel Aviv and succumbing to the virus in Jewish New York (Jewish London and Jewish Antwerp) has rankled.

In order to contend with the dramatic challenges of 2020, the Jewish world must prepare and organize anew. First urgent need: an ambitious initiative to bring Israeli and other medical aid to Jewish communities ravaged by Coronavirus. Second: a global approach to waging war against anti-Semitism wherever it rears its ugly head. Also required are coordinated measures so that Jewish communities that have escaped the worst of the pandemic can help those suffering illness and devastation. Last but not least, intensive action in every community itself so the fortunate among us stand by those to whom fate has been so cruel.

But above all, we must renew the credo of one-for-all and all-for-one. We must re-embrace our age-old ethos of mutual responsibility and love-of-Israel. In the post-Coronavirus world, globalization will wane and nationalism will rise. Thus, we must act now, fostering the Jewish spirit of enlightened, generous, humanistic and democratic nationhood. And we must vow to confront all that still lies ahead with courage and determination — as a unified extended family.

About the Author
Ronald S. Lauder has served as president of the World Jewish Congress since 2007. He previously served as chairman of the Jewish National Fund and of the Conference of Presidents of Major American Jewish Organizations.
Related Topics
Related Posts
Ronald S. Lauder
Comments