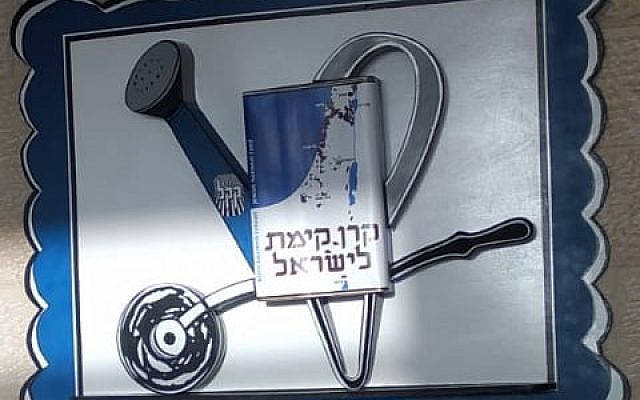 From the exhibition at Ben Gurion Airport. Source: David Newman

Sunday will be Tu Bshvat – the day on which Israel celebrates nature. Customs include the planting of trees by schoolchildren and the traditional Seder held in most Sephardi-Mizrachi communities of eating as many fruits as possible, with specific blessings for each one. It is a tradition which has developed during the past seventy plus years of statehood, and in the week leading up to Tu B’shvat the supermarkets are full of fruits, nuts and other such goodies, providing them with a welcome income in the period separating Hanuka  from Purim.

Tu Bshvat and Israel’s environment is on the mind as one walks through the departure halls of ben Gurion Airport this week. As the country opens up and Covid related travel restrictions are removed, one walks through the departure corridor and spends a few minutes looking at the impressive photo exhibition which lines the wall and which is changed every few months.  Most travelers rush by without ever giving these exhibitions second glance – unfortunate because they are put together with great skill and expertise. The subject matter is invariably connected with some aspect of Israeli society or history, bringing together rare documents and photos which depict the growth and evolution of Israel and Israeli society – past and present.

Right now the exhibition is dedicated to the history of the Jewish National Fund (JNF) or, as it is known in Israel the Keren Kayemet Leyisrael (KKL). Pictures of the famous JNF pushkas (charity boxes) over time, old pictures showing the reclamation of land and the planting of forests, adorn the wall, a nostalgic view of how Israel’s landscape has evolved during the past century from the days of the earliest Zionist pioneers in the early twentieth century. The JNF was officially founded in 1901 to buy and develop land in Palestine , almost twenty years before the British Mandate. According to the official blurb, by 2007, the JNF owned 13% of the total land in Israel, planted some 250 million trees, built 180 dams and reservoirs, developed 250,000 acres (1,000 km2) of land and established more than 1,000 parks. This has all been well documented and analysed in a series of books by Israel prize recipient , and emeritus professor of Geography at Bar Ilan University, professor Yossi Katz. 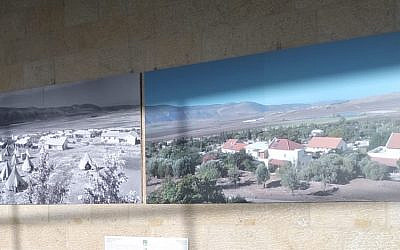 From the JNF exhibition at Ben Gurion Airport – depicting the old and the new landscapes. Source: David Newman

But at one and the same time as I am looking at this exhibition, I am listening to the news concerning the demonstrations taking place against the current round of tree planting by the KKL, just down the road from me in the Northern Negev, by the local Bedouin communities. They are opposed to what they see as the forced planting of trees on their land, effectively preventing them from further developing their own communities, many of which remain, until this day, unrecognized by successive Israeli governments who, in turn argue that their townships are “illegal’, lack the required building and zoning permits, and that the rapidly expanding Bedouin population of the Negev should abandon these “transient” communities and move into the recognized Bedouin townships in the area, such as Rahat, Laqiya and Houra – the latter two being the closest neighbours of my own community of Metar.

The latest round of tree planting, coming in the week before Tu B’shvat, the traditional time for planting trees and focusing on the country’s natural environment,with such traditional slogans as “making the desert bloom” or transforming the arid landscapes into a carpet of green, are seen by the Bedouin as just another means of forcing them off their traditional lands and preventing them from developing their own communities.  In recent months this has become transformed into a much larger open struggle over the Negev, and what is being described as the  loss of government control over the “wild west” (or should it be south) and the creation of a growing anti-Bedouin sentiment amongst much of the local Jewish population, including many in my own community of Metar. 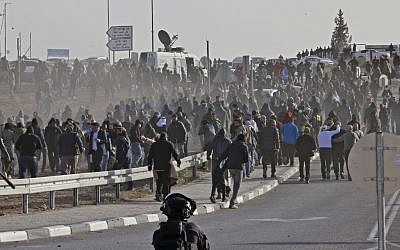 Bedouin demonstrations against the planting of trees in the Negev this week. Source: Times of Israel

Tree planting has always been an important means through which the government can exercise its control over land, especially in peripheral areas such as the Negev.  A pioneering research study by Professor Shaul Cohen (now a senior professor of Geography at the University of Oregon in the USA) some thirty years ago, while a research student at the Hebrew University, pointed to the way in which land reclamation and afforestation projects constituted an important agent through which land was brought under control of the Government, for whom the JNF-KKL hold the lands on their behalf and are registered on behalf of the State by  the Israel Lands Agency. 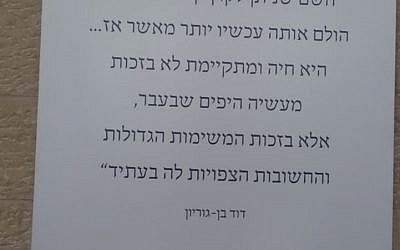 ben Gurion stating that the JNF-KKL still has a role to play following the establishment of the State of Israel. From the exhibition at Ben Gurion Airport. Source: David Newman

Since the JNF raises funds throughout the world, they do not directly plant forests beyond the Green Line, but there are plenty of areas inside Israel , especially the Negev, in which they continue to be active. Indeed, the historical myth that the Green Line boundary between Israel and the West Bank was given that name because Israel planted trees on its side of the boundary while the Arab-Palestinian communities left the land barren on their side, is probably more accurate today than it ever was in the past (even though that was not the reason why the Green Line was given that name). One only has to drive south from Jerusalem to Beer Sheva along the West Bank Route 60, as this writer does once or twice a week, to see the line of the recently established so called security fence – which in effect is a border to all purposes – laid out by the line of forests and trees on one side of the line in the Yattir and South Hebron forests.

Equally, one only has to look out of the windows of my own house located at the southern extremities of Metar, with the Bedouin township of Houra just a few hundred meters away , to see some of the afforested hills with trees that were planted by our own children each year on Tu Bshvat some thirty plus years ago, and which – when the first winter rains wash away the accumulated dust and sand of the long summer months  – turn out to be mini forests in their own right. Seen in its time as the appropriate way to celebrate Tu Bshvat, this planting also maintains a strict separation between the two communities, preventing either of them from expanding onto the vacant land, without (I am happy to report) the need for any physical fence or wall surrounding Metar (now a township in its own right of over ten thousand inhabitants, one of Israel’s best kept secrets). This is a welcome exception to the rule that whenever a new Jewish settlement or community is constructed anywhere in Israel, the first thing that is normally built is the fortified fence separating the new community from its immediate environment, transforming the controller into the controlled.

The JNF-KKL has always remained a quasi government organization since the establishment of the State of Israel – much in the same way as the World Zionist organization has been artificially separated from its sister organization , the Jewish Agency. This enables them to fundraise outside Israel, even for projects which are not necessarily approved by governments throughout the world, for charity status,  without them being legal defined as part of government. In some areas, the JNF is often seen as a right wing branch of Israel related organisations. Nowhere is this more blatant than in the UK where recently, both the current President of JNF-UK Samuel Hayak, and one of his deputies, Gary Mond, have come under strong criticism for their ultra conservative and what have been perceived as Islamophobic remarks, resulting in some strong condemnation on the part of other Jewish, and even Israel, related organizations. The umbrella organization of British Jewry, the Board of Deputies, a strongly pro-Israel organization despite its inclusion of Jewish organisations and synagogue communities from the far right to the far left, have opened an investigation of such remarks, while even the main Israel organization, the UJIA, has diplomatically distanced itself from such remarks.

A look at the board members of JNF-UK would suggest that it is composed of the more conservative elements within the British Jewish community, although this has not prevented it from raising many millions of pounds towards future land reclamation, development and afforestation projects throughout Israel, with a clear focus on the Negev and the south of the country – where this weeks demonstrations and protests have taken place. The Negev has traditionally been seen as part of the Israeli consensus, but recent events would suggest that some other major conflicts over land ownership in the coming years, will be taking place in this region.

It is a fine line between land reclamation and afforestation (positive) and the political control of land in a situation of contested claims for ownership (negative). The JNF has always been at the forefront of this activity even seventy years into Statehood. Much to think about as we collectively celebrate the our environment and the fruits of the land on Tu Bshvat.