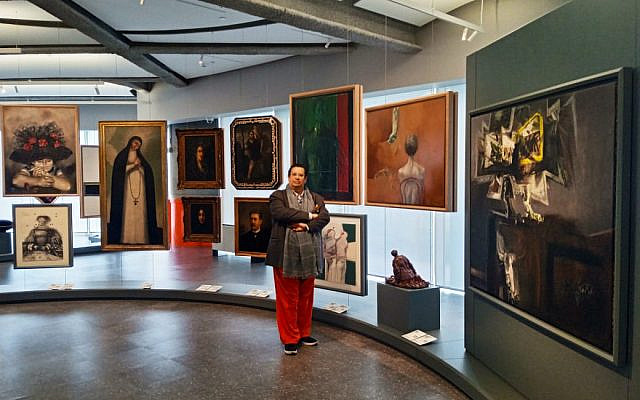 This Colombian art, in principle neo-Granadian, which has a short history, but is not without great value, of course, artistic, aesthetic and even spiritual for a Hispano-American and at the same time mestizo and novo-Hispanic nation such as Colombia.

Works by the aforementioned artists, as particular as they are valuable, make up public art collections such as those of the national museums, as well as private collections. For example, the art collection of today’s “Bancolombia”, which is in the care of the former diplomat and art curator Nelson Osorio, which in turn belonged to Jaime Michelsen Uribe, a descendant of Karl Michelsen Koppel, who was once the Danish consul of Denmark in Colombia.

The Danish Ashkenazi Jewish families who arrived in Colombia from Copenhagen or Nyborg, reside in the annals of the country’s history, namely: the Michelsens and Koppels and their German cousins the Koppel-Kopp. The first two were linked to the once nascent Colombian banking system, through the banks of Colombia and Bogotá, and the latter represented the industrial pioneer of Offenbach am Main, Mr. Leo Siegfried Kopp, founder of the Bavaria Brewery.

These Jewish families, who quickly detached themselves from their Hebrew past and mixed practically from their establishment in Colombia with the traditional Christian families, through their descendants from different branches, not only formed the contemporary Colombian nation, but especially, within their banking activity, they accumulated not only economic wealth, but also artistic wealth.

Other Hebrew families, such as the Ganitsky and Guberek, who remained within the Mosaic faith, also dedicated themselves to the acquisition of art in addition to their primary commercial activity, consolidating a collection of Colombian art headed by the Argentinean-Colombian art critic and writer, Marta Traba Taín and Mrs. Lía Ganitsky Guberek.
Marta Traba, founder of the Museo de Arte Moderno in Bogota, is the author of the Bancolombia exhibition. Traba also analysed the work of several Colombian artists such as Alejandro Obregón, Fernando Botero, Guillermo Wiedemann, Eduardo Ramírez, Samuel Montealegre, Edgar Negret, Feliza Bursztyn and the Spanish Antonio Roda and the German Leopoldo Richter, both of whom died in Bogotá.

Within the private art collection of Bancolombia is a very special piece of art, a sculpture of Simon “Maccabee” of America, which reflects the integrity of the liberator, his courage and firmness, but also his lost look, perhaps because of his many tribulations and dramatic and melancholic end in exile of his great essence and already ill being. This sculpture made in Italy, which also has an almost omnipresent presence in this art room, is attributed to the master Pietro Tenerani, a disciple of the master Antonio Canova, the great neoclassical sculptor, author of the statue of General George Washington.

Tenerani’s workshop, by order of Bolivar’s most faithful friend, José Ignacio París Ricaurte, created the first statue of Bolivar, which adorns the square that bears his name in Bogota.
It is said that Pietro Tenerani asked his master Antonio Canova how to sculpt glory and Canova replied: “Dear disciple, simply cast the soul of Bolívar in bronze”. Quite simply.