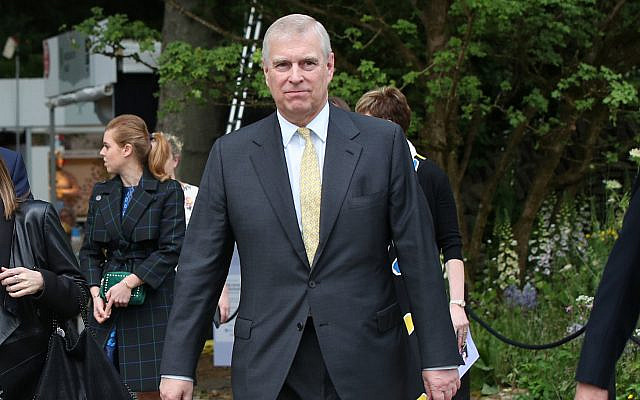 The evidence as to whether Prince Andrew was at pizza restaurant in Woking or, as alleged, at the nightclub Tramp in London, with an under-aged American claimant, remains a matter of dispute.

It is more than a little disappointing that the Queen’s second son has not managed to find better words of remorse for being caught up in the scandal involving the late convicted sex offender Jeffrey Epstein. But anyone who has ever engaged with the prince, as I was able to when he was being wheeled out by his advisers and the Palace as Business Ambassador for Britain, will not be surprised by his lack of regret. He has an unshakeable self-confidence in his own abilities and judgement which leaves little room for self-doubt.

What members of the Jewish community feel about these much debated events is unknown. But I suspect they wish for them to go away. Not because they would do anything but deplore Epstein’s appalling behaviour, his conviction and the events around his suicide. All of this falls way outside the moral and ethical underpinnings of Judaism. The uncomfortable feelings arise from the fact that so many of the characters involved – other than the prince and complainant Virginia Giuffre (nee Roberts) – are of Jewish background.

Indeed, the unconnected allegations against movie mogul Harvey Weinstein, which gave rise to the #MeToo movement fall into the same category. There is enough antisemitism around at present, particularly within the Labour Party, without adding new causes of disquiet.

Many of the dramatis personæ in this royal saga are Jewish. After the suicide of Epstein the hashtag #EpsteinMurder trended worldwide, thousands shared conspiracies on Twitter alleging Epstein had been a Mossad agent and his killing had been ordered by a “Jewish mafia”.

A distinguished Washington lawyer (who is an old friend), who also has the surname Epstein, received an email from an acquaintance. It announced he could no longer keep him on his phone directory as looking at the name made him feel sick.

Among the other high profile characters in this series of events is distinguished American jurist Alan M. Dershowitz of the Harvard Law School who acted as Epstein’s lawyer. Dershowitz has heroic status among America’s Jews for his robust legal defence against Holocaust deniers and support of Israel.

Dershowitz, too, has been the subject of allegations brought by Virginia Roberts which he has taken to the airwaves in Britain to strenuously disavow. He claims in court papers filed in the US to have been “falsely accused”. He does not deny his previous association with Epstein and acknowledged acting as his lawyer. Given Dershowitz’s formidable intellect and reputation, his account of events is hard to challenge. He has emphatically denied the claims.

The final heroic character for the media, in all of this, is the presenter Emily Maitlis for pursuing and helping to win the Newsnight interview at Buckingham Palace with the Duke of York. Maitlis rightly has been lauded for her calm and forensic interviewing skills.

If Maitlis, a committed supporter of World Jewish Relief, felt any personal concerns about having to explore the tawdry Epstein legacy, she showed none. Her integrity as an inquiring journalist came through clearly.

At least someone of a Jewish background emerges from this muddled affair with deserved credit.