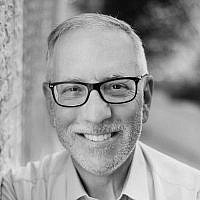 The Blogs
Eric Lankin
Jewish Nonprofit pro and Adjunct Professor HUJI
Apply for a Blog
Advertisement
Please note that the posts on The Blogs are contributed by third parties. The opinions, facts and any media content in them are presented solely by the authors, and neither The Times of Israel nor its partners assume any responsibility for them. Please contact us in case of abuse. In case of abuse,
Report this post. 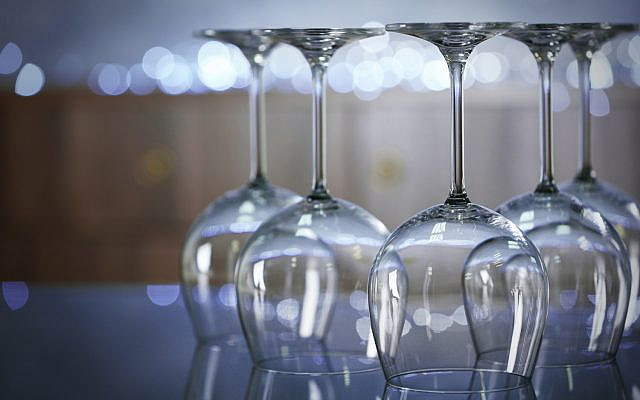 In 1991, I and four other rabbis from Long Island were among 60 rabbis trained to work with Jewish addicts and those in recovery. It’s hard to believe, but we were told that this training was the first time in Jewish history that rabbis were offered such training. The five Long Island congregational rabbis, by coincidence, represented each of the major movements of Jewish life at this eye-opening experience. Fast forward a few weeks and the five of us gathered over lunch in my synagogue and decided to organize the Nassau-Suffolk Jewish Recovery Group. Our goal was to share Jewish spiritual insights to 12-step participating Jews to help them in their  recovery. Advertised across Long Island, we were astounded that the first meeting had 45 participants.

At the first meeting, this piercing question was asked by one of the participants: “Rabbis, what are we to do with Purim and Pesach coming, and the obligations to drink wine, forbidden to us, are a critical part of each of the holidays?

Yes, this question was piercing because, as religious leaders, we all were quite aware how it was assumed that excessive drinking was an expression of Purim and the four cups of wine were an integral part of the Seder. Even today, over 30 years later, this question continues to reverberate in our community.

Purim and Pesach are coming soon and there is a population of Jews who cannot drink alcohol under any circumstances.

It is true that the Talmud Megillah 7b, discussing the observance of Purim, calls on a Jew to drink (alcohol) until he is not able to differentiate between Haman and Mordechai, the bad guys and the good guys in the biblical story of the Book of Esther. Note, however, that there are rabbis like Maimonides who interpret that halacha to say one should drink, not to excess but until it makes one sleepy.

Many Jewish law decisions have been promulgated clearly stating that the value of someone’s life (taking into account the risk for someone who struggles with alcoholism to drink) is far more important than drinking alcohol on Purim or Pesach. It is an issue of life or death. We easily choose life even if it means abstaining in this context.

Still, with that ever-present talmudic statement discussed over the generations, some of our fellow Jews feel excluded from communal celebrations because their lives depend on drinking no wine, ever. I have attended and facilitated countless 12-step meetings over the years in my role as rabbi, some at Jewish conferences designed for Jews in recovery. In many of these meetings I have heard Jews speak about their shame of being an alcoholic because other Jews often brag that such addictions do not occur in Jewish life. Not only is it not true but also painful as these stories make addicted Jews feel excluded as members of the Jewish community. It invalidates their existence. It makes them feel like their reality is hidden.

As often as I tried to say that every Jew was welcome and should be included in Jewish communal life, just as often, a Jew struggling with addiction pointed out to me a terrible personal story of how their family was humiliated or negatively labeled by their synagogue, JCC or other Jewish community institution because of their struggle with addiction and everything that came along with it. It challenged my deepest understanding of the message of Jewish life and inclusion.

Even though the Purim observance includes drinking does not give license to embarrass someone who refuses to drink or is made to feel uncomfortable and unwelcome by refusing to engage in excessive or any drinking. I am aware of one young student who, in his gap year in Israel between high school and college, was made to feel embarrassed by his non-participation in the excessive drinking on Purim. This celebration occurred at a distinguished yeshiva with his drunk Yeshiva teacher calling him on Purim afternoon to inquire and embarrass him for not  participating.

We have so much anecdotal evidence, meaningful and poignant, of Jews in our communities  who are addicted and in recovery. However, few Jewish community leaders are mindful that in their community groups there are one or more members who struggle with addiction, and some who attend 12-step meetings regularly. For a person struggling with addiction, it’s a life or death choice to avoid the triggering substance or activity that might lead them back down the spiral, destroying their lives. Still, even with all the evidence, the Jewish community often makes them feel like they don’t exist.

In Jerusalem this week, a Sober Purim has been organized by a local Alcoholics Anonymous group. I applaud the initiative to create safe, sober spaces for Jews to fully celebrate Purim without being exposed to alcohol or expected to engage in substances that will endanger them. I am inspired by the idea of making intentional communities around boundaries and commitments to recovery. As a larger Jewish community, we should be facilitating these spaces and embracing their healthy choices.

In the story of Purim, Mordechai pleaded with his niece Esther, chosen to be Queen of Persia, to save the Jewish people from Haman’s plans of destruction by going to the King even without the required invitation. Queen Esther responded by ordering Mordechai “to go and assemble all the Jews…” of the capital city to spiritually prepare for her to approach the King. She made it a point to include all Jews. We should, too.

About the Author
Rabbi Dr. Eric Lankin is the president of Lankin Consulting and an adjunct professor in the MA program in Nonprofit Management and Leadership at Hebrew University of Jerusalem. He has volunteered working with Jews in recovery for over 30 years. His family made aliyah in 2017.
Related Topics
Related Posts
Comments