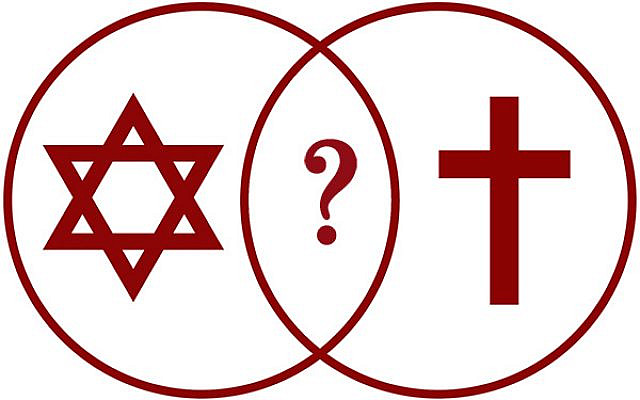 In 2017, US President Donald Trump said that his newest cause was stopping the attack on the “Judeo-Christian values” of “saying Merry Christmas.” For those of the Jewish faith, this was not a loving embrace of pluralism, or an attempt to show solidarity with Jews, but instead to attempt to make a long-standing erroneous claim that somehow Judaism and Christianity are the same — or worse, that Christianity is the rightful spiritual successor of Judaism.

Donald Trump didn’t obviously create the phrase, nor is the most famous person to use it. In fact, almost all western societies have embraced this term as a way to try to separate themselves from non-white societies.

Both Churchill and Eisenhower spoke about their belief that they were somehow defenders of the “Judeo-Christian” tradition. Even as a child of sixteen, Churchill seemingly spoke of his divine purpose to “save the empire” from non-Christian invading forces that would destroy them. President Eisenhower made the concept a household term in the United States when he connected it with the Founding Fathers in a 1952 speech:

“all men are endowed by their Creator.” In other words, our form of government has no sense unless it is founded in a deeply felt religious faith, and I don’t care what it is. With us of course it is the Judeo-Christian concept, but it must be a religion with all men created equal.”

Let’s make this clear now: while there is an early connection between Christianity and Judaism and one can easily argue correctly that very early Christianity was connected to the faith of Israel. However, that connection stopped almost immediately when the Hellenistic apologist Saul of Tarsus took over the religion and integrated it with Greek Paganism. This has been well documented by historians and theologians and is not a debate within modern circles of academia.

Despite this, the attempt to make unfounded claims that the religions are tied together are often combined with purposeful “fake news.” In his book “Paul: The Mind of the Apostle,” Christian writer A.N. Wilson claims that it was a historical “fact” that Religious Jews made the sign of the cross even before Jesus. He claims that they so “loved the Torah” that they would make the sign of the cross with the letter T, “from forehead to breast and across the shoulder.”

Anyone with a basic knowledge of history or language would know this is false: Jews didn’t obviously use the English language 2000 years ago, and the word TORAH in Hebrew is with a Tuf not the Letter “T.” This absurdity is of course embraced by the ignorant without a second thought.

Jewish Historian Stephen Feldman remarks that these falsehoods, are a result of nothing more than Christian dominance of Jews:

The other obvious harm from these claims comes in the form of how modern Christians have used it as a way to dominate other religions and people besides Jews. The “Judeo-Christian” term is almost exclusively now in the hands of white Christian supremacists who believe that the USA, or “western society” is at a crossroads with other religions and belief systems. Many extremists in the United States see themselves sometimes not just as “white saviors” but defenders of the faith, modern Crusaders.

Joe Abrams remarks that the phrase “is now most often used to draw a line between imagined Christian values and a perceived (but false) threat of Muslim immigration.” This almost mirrors the hatred of Jews in the early part of the 20th century.

While Christianity is almost exclusively now a modern western invention, Judaism is a faith of the old world, of the Middle East. The Talmud, the essential constitution of Rabbinic Judaism is a creation of Rabbis that lived in Babylon and Jerusalem.

We suffer when people use this term because it makes the Jewish faith “part of the problem” of Christian hegemony, and causes the people of the world to identify Jews as a creation of Western Civilization — when in fact, we are often the victims of the attempt of westerners to dominate not only our faith, but our destiny. It falls into the lie that Jews are “white people,” when almost 50% of our world population are people of color — and even Ashkenazi Jews have never been accepted by the “white Christian” population of the United States and Europe.

Absolutely nothing good comes of this term.

We must be clear when we hear the phrase “Judeo-Christian”: It’s nothing less than a lie that hurts our people, our faith, and our causes.