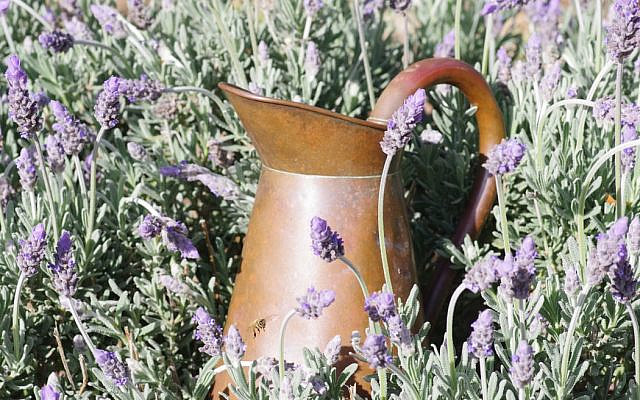 Photo by Nadir sYzYgY on Unsplash

The soul of every Jew cries out over its distance from God. The soul, which stood before God before coming down to this earth, feels that it has lost its passion for Godliness. It feels the absence of its love and fear of God and of its motivation to find its destiny and the forces wth which to fulfill its mission – to bring God’s word to the world. In every generation, God sends us His servants – the prophets and tzaddikim – to guide us through the void.

In moments of darkness, we feel that we have nothing left – that our soul has been depleted and that our service of God – if it exists at all – is hollow and ‘dead.’ Our mitzvah performance is strictly by rote. The Ba’al Shem Tov said that just as we must believe in God, so must we believe in every Jew. The truly righteous believe that every Jew – even the most distant – still has an unblemished point of Judaism. Thus, Elisha the Prophet, the quintessential “Rebbe,” says to the woman-soul who is crying for sustenance, “Tell me what you have in the house.” And the woman, who feels that “Your maidservant has nothing in the house,” suddenly remembers that “all that remains is a jug of oil.” A jug of oil, the very essence of the soul, the power of faith, the inner point of every Jew (the “pinteleh Yid”).

The tzaddik believes in us and hints to us that deep inside, we have a concealed “jug of oil.” How do we reveal it and make it accessible?

First, when we study Chassidut, we develop that concealed point of faith and practice using it. In his book, the Tanya, the Alter Rebbe explains at length that in the essence of the soul of every Jew, self-sacrifice is concealed. “A Jew cannot and does not want to be separated from Godliness.”  While that point remains hidden as we go about our routine, we can remind ourselves of its existence and activate it daily. Even when our feelings seem to be extinguished and our Torah and mitzvah observance seem dry and empty – even when we feel drawn and tempted by our evil inclination – that self-sacrifice gives us the strength to persevere, to overcome and to continue to perform the mitzvahs and to illuminate them with the great light of our devotion despite the darkness. (This light of self-sacrifice is greater than the ‘regular’ feeling of love and awe of God that illuminates easier times).

On a deeper level, the very call from the depths of distance from God testifies to the point of closeness. Only someone who was once close and connected can feel the sorrow of distance. The more we delve into the feeling of distance, the more that we face up to our lowliness and emptiness – we awaken our essential point of connection to God – the ‘dark’ point of connection that is not dependant on any revelation or recognition. From within that supreme darkness, a new light is revealed. When a person feels that he has strayed far from his destiny, lost his way and essentially lost his mission in the world, he experiences himself as ‘extraneous’.   In the merit of the essential connection to God, that feeling of being extraneous is transformed into a feeling of redemption, of infinite energy to take action without any defining paradigms, free of friction from reality – and to express the essence of his soul in the world.