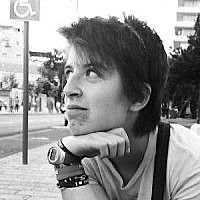 The Blogs
Jennie Rubin
Apply for a Blog
Advertisement
Please note that the posts on The Blogs are contributed by third parties. The opinions, facts and any media content in them are presented solely by the authors, and neither The Times of Israel nor its partners assume any responsibility for them. Please contact us in case of abuse. In case of abuse,
Report this post. 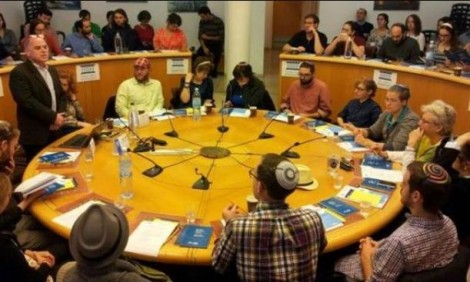 My very first trip to the Knesset was like any other organized trip: we spoke to a couple of Members of the Knesset (MK), and we took a tour and looked at all of the pretty art work; we even sat and watched an actual forum take place. But the atmosphere changed when my Rosh Yeshiva, Rabbi Joel Levy, asked our tour guide: “Can we stop and quickly daven mincha (pray the afternoon service)?”.

The morning of November 25th was really exciting. I had never been to the Knesset before, and I was going with my community from the Conservative Yeshiva. A good portion of the trip participants were rabbinical students; besides them, there were also Torah L’ishma (people, who study Torah for the merit of studying), as well as Nativ students like me, studying here for a gap year. The trip itself was exceedingly interesting, since the MKs would be talking about liberal Judaism and its place in Israel and its politics. I personally do not really belong in the Conservative Movement, but I do consider myself a liberal Jew. Before driving to the Knesset building, we first had an opening lecture at the Israeli Democracy Institute, where we talked to Yizhar Hess, who briefed us on all issues involving the survival of the Masorti, Reformed and Reconstructionist movements in Israel.

After hearing from MKs, and taking a tour, our Rosh Yeshiva wanted to daven a quick mincha. The sun was going down and, being a religious group, we wanted to daven. Our tour guide seemed to be taken aback by the question: “Can we stop and quickly daven mincha?”, primarily because it seemed to disrupt her order of the tour, including showing us various rooms and a video. “Sure,” she replied. She then told us about a beit knesset in the actual Knesset.

The second question: “Is it okay to have an egalitarian minyan (according to traditional Jewish law, a minyan is a prayer gathering of ten men over the age of 13, but in Conservative Jewish law, a minyan is 10 people who are older than 13 years of age)?” was the iceberg that struck the Titanic. It was somewhat obvious what the tour guide was going to respond with, but she then said: “Let me go ask”. If I wanted to, I could make up a dramatic story about how there was a fist fight near the committee rooms where we were all gathered at the time, but I really do not remember who was involved specifically. All I know from the action side of this story is that MK Rabbi Dov Lipman was involved and it came to the conclusion that we could not daven in the beit knesset since we would be an egalitarian group davening in a space that was deemed to be an Orthodox synagogue. I do remember all of the responses from the people around me. We were gathered in a committee room trying to figure out why we could not daven where we wanted to and in my head I kept on asking: “Why can we not just get a male to lead?,” and “Why can we not just daven with a mechitza?”(a divide between men and women in traditional synagogues). I obviously did not see the bigger picture. We ended up davening in a committee room, which is still better than nothing, but this is still a wake up call, a slap in the face, telling us that this needs to change.

We, a group of rabbis, cantors and other learners are the future of the liberal Jewish community and I can say for my community at the Yeshiva, that being treated like the “other” is not alright. Something as minor as what my community did was our little piece of change, because this cannot go on for much longer. During the tour itself, our tour guide kept on telling us that the Knesset was the people’s place. I found it completely ironic that we could not pray in a place that was meant to be for everyone. The word knesset means a place of gathering, but in this case, gathering is for certain groups only. I then realized that conforming to the needs of the mainstream Jewish population and the Israeli government needs to stop. My community represents the grey area in a country the government of which tries to depict reality as either black or white. We demand our presence in the land where all Jews are supposed to be welcomed.

About the Author
Jennie is currently living in Jerusalem where she is studying at the Conservative Yeshiva as a part of the Nativ gap year program. She is originally from Manchester Connecticut.
Related Topics
Related Posts
Comments