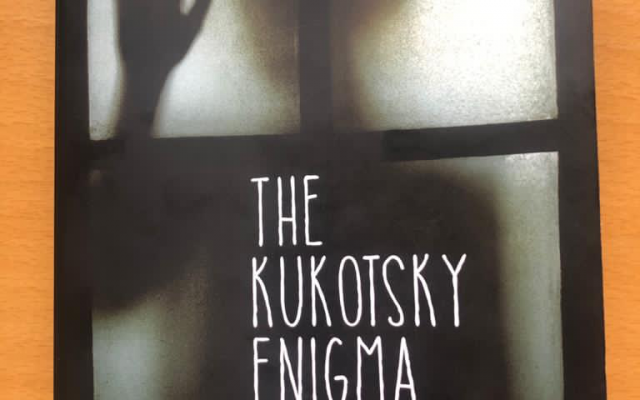 In the grand tradition of Russian literature, this book (translated from the Russian by Diane Nemec Ignashev) describes what befalls several generations of a Russian family under the shadow of political events and the sweep of history. It shows the ominousness of towering developments, the minutiae of daily life at different social levels, and the sll-pervading magnificence of the Russian soul.

Pavel Alekseevich Kukotsky is a talented physician, the scion of a long line of physicians, whose ancestors had come from Germany to settle in Peter the Great’s Russia. The period of the First World War and the Bolshevik Revolution, caused massive disruption to Russian society. Pavel was already a medical student when his father was killed while serving as a physician in the Russian army.

Pavel’s medical career as a specialist in obstetrics and gynaecology leads to his professional concern with treating women suffering from the after-effects of illegal abortions, his determination to legalise this procedure, and his marriage to Elena, one of his patients. Elena comes together with her two-year-old daughter, Tanya (Tanechka), and her devoted family servant, Vasilisa. These four individuals form the basic family unit, albeit united more by association than by blood, on which the entire narrative rests. Various friends, professional associates, neighbours and colleagues also people the pages of the book, and it is through their connections with one another, the vicissitudes of their lives, and the tides of political developments, that we see how events that occur on a larger stage affect the lives of individuals. Throughout the narrative the perils as well as the benefits of pregnancy and childbirth are in evidence.

Pavel Alekseevich is made vaguely aware of Stalin’s intention to discredit and murder Russia’s Jewish doctors and, as the reader may know, because of Stalin’s sudden demise this plan did not come to fruition. Through the characters in the book we are able to experience the general upheaval caused by Stalin’s death and the confusion surrounding the subsequent lying-in-state and funeral. However, life in Moscow for Kukotsky, an esteemed physician, is not disrupted, and the family is even granted a dacha where they can spend summers.

The book contains a middle section which deviates from the narrative flow, and seems to describe some philosophical-transcendental-symbolic process of birth-life-death. Among the figures encountered in this strange, surreal landscape is one known as ‘the Judean,’ which I take to symbolize the eternal Jew. The other figures are equally symbolic and confusing. I must say that I found this part extremely tedious and annoying, even pretentious, and after reading several pages I did something I very rarely do – I skipped it.

Subsequently, the book resumes its chronological course, introducing the reader to a wide range of interesting characters, among them a Jewish intellectual, a colleague of Pavel Kukotsky, whose theorizing about Russian society and its ethnological development gets him into trouble with the authorities, and he is sent yet again to Siberia for a period of exile. His twin sons also play a role in the life of the Kukotsky family, and of Tanya is particular, as does a whole gallery of strange and interesting characters, who wander in and out of the narrative.

The author is evidently familiar with the scientific subjects she describes, and reading the book constitutes an induction of a kind into a wide range of medical terminology and processes. The writing (and the translation) is dense and rich, and apart from one or two typos and malapropisms it reads well. When I finished the book I felt that I had been given a better idea of what it must have been like to live through that period of immense change and turmoil in Russia, and to come through it, if not unscathed, then at least still living, breathing, and kicking.